The current continuing resolution funding the government runs out on Friday the 22nd and there is no clear plan for what happens next. House conservatives are pushing for the lower chamber to pair a full year appropriation for the Department of Defense with a short-term CR for the rest of government and  then plan to leave town in an attempt to “jam” the Senate and force Senate Democrats to accept this deal or shut down the government. Senate leaders appear to be working towards a short-term funding bill that may or may not contain some combination of disaster relief funding, Children’s Health Insurance Program (CHIP) reauthorization, immigration reform, or adjusted budget caps should a longer-term spending deal be struck. It’s also entirely possible, though not likely, that all of this could come together to send the government into a pre-Christmas shutdown (the last Christmas shutdown was in 1995 when your author was still in middle school). The most likely combination is that a short-term CR is passed that punts all of this into 2018, but there promises to be plenty of headlines and anguished quotes by talking heads before we get there.

While a formal spending deal for 2018 has yet to be announced, reporting indicates that there may be agreement around significantly higher discretionary spending for both defense and non-defense. Under the reported deal, defense spending would come in at around $620 billion, with an additional $70 billion in OCO (not all of this would go towards the Department of Defense – typically DoD gets about 95% of defense spending). This would put defense spending below the NDAA level of $692 billion, but still represent a significant increase from the 2018 request, as seen in the table below. Should the reported deal’s level be enacted, it would represent a significant win for defense hawks and a major defeat for budget hawks.

On an unrelated note, Senator John McCain, chairman of the Senate Armed Services Committee, has gone home to Arizona for the remainder of the year while he recovers from an infection and continues his fight with cancer. Our thoughts and prayers are with him and his family.

This should be our last Political Report for the year. If there is some type of shutdown that carries into next week, we may try to issue an abbreviated assessment of what is going on but we would much prefer to be able to enjoy Christmas with family down in Texas. So, with that caveat, Happy Holidays and Merry Christmas from Avascent!

The House will pass H.R. 1, the Tax Cuts & Jobs Act early in the week and then will consider a pair of bills from the Financial Services committee before turning to a funding resolution in the second half of the week.

The Senate will also be voting on H.R. 1 this week before also moving over to vote on a funding resolution.

The Weekly Wire: For Your Situational Awareness 12.14.17Weekly Wire 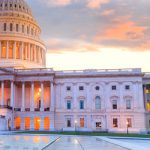