The Weekly Wire: For Your Situational Awareness 1.25.18

On January 19, the US State Department approved the sale of F-35As to Belgium in a deal worth up to $6.5 billion. The foreign military sale includes 34 F-35As and 38 F-135 engines, along with various systems such as electronic warfare systems, full mission trainer, and command, control, communications, computer and intelligence/communications, navigational, and identification (C4I/CNI) systems. The Belgian Air Force currently operates a fleet of 56 F-16s which are expected to retire in the mid-2020s. Belgium has been looking to replace the F-16s since 2013, and previously stated that it will make a decision in 2018, with deliveries of the aircraft beginning in 2023. The Belgian Air Force is seeking a total of 34 aircraft worth approximately $4.5 billion. Aside from the F-35A, other bids for Belgium’s fighter competition include the Eurofighter Typhoon and Dassault’s Rafale. Boeing’s F/A-18 and Saab’s Gripen were also considered as potential replacements, however both firms decided not to enter in a bid in 2017.

On January 19, the Pentagon awarded Harris Corporation a contract to deliver a C4ISTAR system to the Philippines worth $44.86 million. The package includes the installation of a joint service command and control system, the Global Command and Control System – Maritime, and satellite communications equipment. The deal is one in a series of recent acquisitions meant to bolster the country’s C4I capabilities as the military engages in internal counter-terrorism operations. The Army ordered 6 ScanEagle UAS worth $7.4 million in 2017, and received two modified Cessna208B for ISR missions. Despite President Rodrigo Duterte’s attempts to reorient the country’s foreign policy toward China, the Philippines military continues to maintain close ties to Washington.

On January 23, Russian defense firm Rostec announced that India is ready to sign a deal for 48 Mi-17V-5 helicopters. This would be the third batch of Mi-17V-5 rotorcraft that India has ordered from Russia, with earlier orders occurring in 2008 and 2012. The contract is expected to be signed by March, and deliveries will start in either late 2018 or early 2019. However, this deal has already been delayed after it was supposed to be signed in 2017; unforeseen complications could slow down the anticipated timetable.

On January 23, Italian defense firm Leonardo delivered an upgraded Al Manama-class ship to the Royal Bahrain Naval Force. This is the first of six vessels being upgraded by Leonardo in a deal signed in 2015 for approximately $61.4 million. The offshore patrol vessels were purchased in 1988 and require upgrades after being in service for almost 30 years, which include a new weapon control system, training services, and logistics. Leonardo’s delivery of the Al Manama vessel comes ahead of schedule, with all six vessels expected to be upgraded by 2020. The Al Manama-class offshore patrol vessels are capable of conducting surveillance, anti-surface, and electronic warfare missions as well as search and rescue missions.

On January 21, the Rocket Lab successfully deployed three smallsats to orbit for the first time on its second test flight, reaching a major milestone in its mission to decrease the cost of commercial launch. Rocket Lab’s dedicated small satellite launch vehicle, the Electron, has the potential to dramatically lower the cost of launch for small satellite operators by offering individual flights to LEO for approximately $5 million (a several hundred-fold decrease in price). The launcher will also allow operators to optimize flights according to their own schedules and orbit preferences. Previously, smallsats would find launches to space by ridesharing with larger satellites, where the other operator’s scheduling and orbit requirements took precedent. Rocket Lab reports high demand for Electron flights, and if it can deliver on its business plan, it has the potential to disrupt and grow the multibillion dollar launch market.

The Weekly Wire: For Your Situational Awareness 1.19.18Weekly Wire 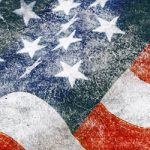