The Weekly Wire: For Your Situational Awareness 2.15.18

On February 9, Lockheed Martin selected BAE Systems to upgrade heads-up displays on F-16 aircraft for the United Arab Emirates. The modification will remove the existing image source and replace it with a digital projector. The financial value of the award was not disclosed. The deal follows a $1.6 billion contract awarded to Lockheed Martin last November to upgrade UAE’s fleet of 80 F-16E/F aircraft. The UAE is in the process of modernizing and diversifying its fighter fleet. Beginning in the early 2020s, UAE will start fielding advanced fourth-generation fighters from the US and France, and eventually fifth-generation fighters from the US and Russia. 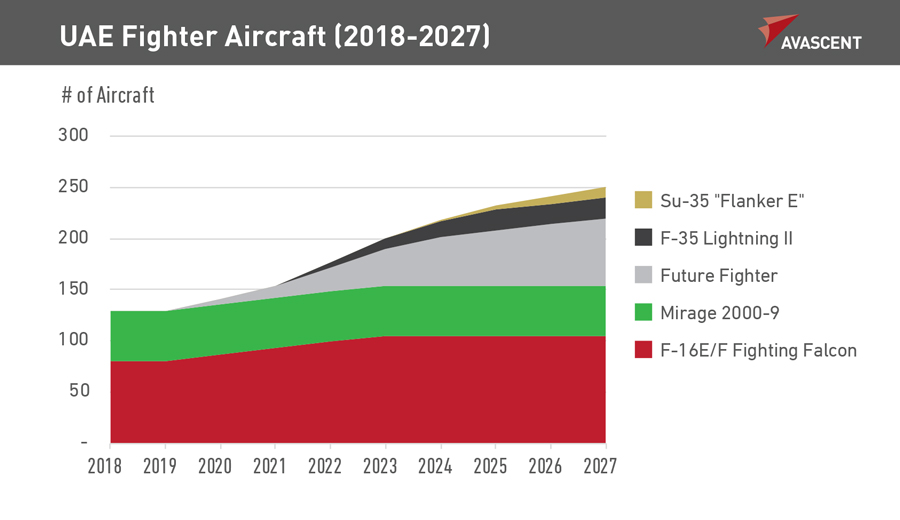 Just prior to the release of the FY19 defense budget, news sources reported that the US Air Force’s (USAF) Joint Surveillance Target Attack Radar System (JSTARS) recap program would be canceled after the service decided not to request funding for the program in the upcoming fiscal year. Doubts about the program surfaced in the fall of last year when the USAF expressed interest in considering alternatives to recapitalizing the service’s E-8C aircraft. Air Force Official General Mike Holmes stated in a speech last November that even if the USAF continued to move forward with the JSTARS recap, it would not have the capability to operate in a contested environment. General Holmes also said the same holds true for the current E-8C fleet. The recapitalization of the E-8C aircraft was worth approximately $7 billion for the engineering and manufacturing development phase, with Boeing, Lockheed Martin, and Northrop Grumman eyeing the contract. The USAF will continue flying the current E-8C fleet until at least 2023. While next steps have not been fully disclosed, the USAF is considering a solution to track targets by linking together current platforms in order to fulfill this capability gap.

General Dynamics plans to acquire CSRA in a $9.6 billion deal that would combine the vast government IT company with General Dynamics Information Technology (GDIT). The move comes as a surprise to much of the industry, who had seen multiple prime contractors divest their lower margin services business, most notably Lockheed Martin which sold its Information Systems & Global Solutions business to Leidos in 2016. The acquisition is expected to counter flagging growth in GDIT’s business by capitalizing on the substantial positions held by CSRA in IT solutions businesses across the federal government. The deal includes roughly $6.8 billion in cash and $2.8 billion in debt.

On February 12, indigenous sources reported that the Japanese government is considering the purchase of F-35B fighter jets. The number of jets procured is estimated to be between 20-40 aircraft, with the final number likely determined by the end of 2018. The current plan would involve deliveries starting in 2024, with the jets becoming operational by 2026. Japan has already ordered 42 F-35As as replacements for their F-4s, and the F-35Bs would likely replace F-15’s that are not modernized in the near term. The F-35B can utilize the runways on small islands around Japan compared to Japan’s other fighters, and could be used on an aircraft carrier should Japan decide to modify its existing Izumo-class helicopter carriers to serve in that role.

On February 13, the Philippines formally terminated a deal to purchase 16 Bell 412 EPI helicopters from Canadian Commercial Corporation. The Philippines had signed the contract on February 6 worth more than $230 million, but the Canadian government ordered a review of the deal on the following day. According to Canadian Trade Minister Francois-Philippine Champagne, the initial agreement for the purchase was made in 2012 on the understanding that the helicopters would be used for search and rescue and emergency missions. However, the Philippines intends to use these aircraft to transport and evacuate troops in counter-insurgency missions. Canadian officials have been concerned about human rights violations in the Philippines’ ongoing counter-insurgency efforts, as well as its controversial anti-narcotics campaign. The review prompted the cancellation of the program, with the Philippines now looking to China, Russia, South Korea, and Turkey as potential suppliers. Another option would be to lease helicopters, which would provide a more immediate capability at a lower cost. Although the Philippines bought eight Bell 412EP from the same company in 2014, new administrations in both countries since the 2014 deal have caused this more recent deal to become politically sensitive.

The Weekly Wire: For Your Situational Awareness 2.22.18Weekly Wire