The Weekly Wire: For Your Situational Awareness 8.3.17

On July 25, AeroVironment and the Australian Defence Force signed a contract for Wasp AE tactical unmanned aircraft systems (UAS). The contract is worth about $75 million and includes training and support over three years. The WASP E will replace the Skylark UAS, which has been deployed alongside Australian troops in Iraq and Afghanistan since 2005. Although the final quantity of systems ordered was not confirmed, a 2015 tender for the LAND 129 Phase 4 Small Unmanned Aerial System stated that 78 UAS were required. XTEK, one of AeroVironment’s Australian industry partners, was chosen as the preferred bidder. According to the Australian Department of Defence, this order will be followed by a second tranche order after 2020. Australia is projected to spend about $2.7 billion over the next decade on UAS, including the MQ-4C, a maritime VTOL UAS, and an armed MALE UAS. 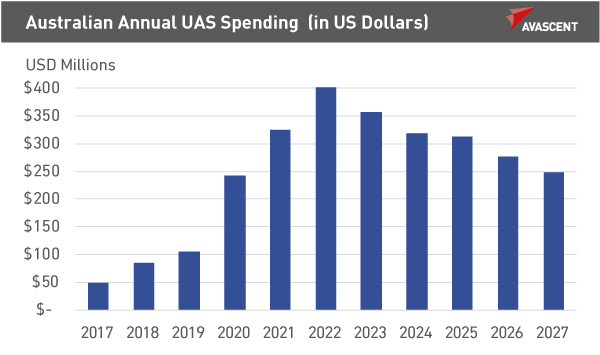 In a report released on July 21, India’s Comptroller Auditor General found that the Army faced a “critical deficiency” in ammunition. In some cases the Army has less than ten days worth of ammunition, far less than the 40 days worth required by the MoD. The report noted that “no significant improvement” had taken place to remedy the situation in years. The revelation comes at an inauspicious moment for New Delhi. India and China are engaged in a stand-off over part of their contested border in the Himalayas, arguably the most serious crisis between the two nuclear powers in decades.

Croatia issued a Request for Proposals (RFP) to acquire multirole fighter aircraft. The RFP was sent to five countries: Greece, Israel, South Korea, Sweden and the US. Croatia is considering purchasing new or second-hand F-16s from Israel, Greece or the US, acquiring FA-50s from South Korea or procuring Sweden’s Saab JAS-39 Gripens. Croatia is reportedly looking to purchase at least 12 fighters to replace its outdated MiG-21s. The Croatian Ministry of Defense has stated that it will evaluate the proposals based on price, the option for government-to-government contracts, and the potential for economic and industrial cooperation packages. A contract is expected to be signed in 2018 with the first fighters to be delivered to the Croatian Air Force by 2020.

On July 25, Polska Grupa Zbrojeniowa (PGZ) and Bell Helicopters agreed to collaborate on Bell’s UH-1Y Venom helicopter. Under the UH-1Y collaboration, Bell and PGZ would discuss technology transfers, and the potential production and maintenance of the helicopter. This is the second letter of intent (LOI) between the two firms, after another one was signed for Bell’s AH-1Z Viper in December 2016. The AH-1Z Viper is currently being offered for Poland’s attack helicopter competition, also known as the “Kruk” (Raven) program. It is unclear if this newest collaboration on the multi-role helicopter will be used to bid on any Polish rotorcraft tenders. The Polish government recently prioritized the need for attack helicopters, reversing their decision in early 2017 to put the competition on hold. The attack helicopters would replace Poland’s aging Mil-24s. Poland also has a multi-role helicopter competition; however, the Deputy Minister of Defense announced in June 2017 that there was no longer an urgent requirement to procure a fleet of them, potentially delaying the acquisition for some time.

On July 26, Insitu was awarded a $19.6 million contract to deliver five ScanEagle UAVs to the government of Afghanistan. In addition to the aircraft themselves, Insitu will also provide support equipment, spares, operators, and associated services. All five systems should be delivered by 2018, and will supplement Afghanistan’s existing inventory of ScanEagles ordered in 2015. According to Avascent Analytics, the market for UAV systems in Afghanistan is growing at a rate of 4.4%, largely due to the role these platforms play in counter-terrorism operations.

On July 27, NASA announced that the launch of the TDRS-M communications satellite has been rescheduled for August 20 on Atlas V. The launch was previously slated for August 3, but the spacecraft’s antenna was damaged during final closeout activities at an Astrotech Space Operations facility in Titusville, Florida. This will be the third and final satellite of the TDRS constellation to be placed in geosynchronous orbit. Currently, Avascent Analytics projects that NASA will have one more non-commercial cargo launch scheduled for this year: the ICON science satellite, launching in November aboard Pegasus XL.

The Weekly Wire: For Your Situational Awareness 7.26.17Weekly Wire

The Weekly Wire: For Your Situational Awareness 8.10.17Weekly Wire