The Weekly Wire: For Your Situational Awareness 7.26.17

On July 17, India began discussions with France to purchase 31 Jaguar fighter aircraft previously flown and retired by the French Air Force. The aircraft would add to the Indian Air Force’s existing fleet of some 123 Jaguars purchased in the late 1970s, and any deal would likely be worth at least $310 million. India faces an imminent shortfall of fighter aircraft over the next ten years as legacy Russian-origin MiG aircraft retire en masse and replacement programs, both domestic and foreign, remain mired in delays. With French-origin Mirage and Jaguar aircraft India’s only nuclear-capable aircraft currently in service, the Indian Air Force is likely seeking to expand the fleet with this purchase of second-hand Jaguar aircraft. 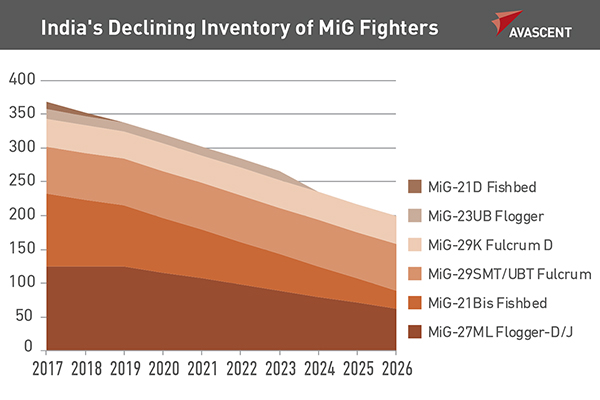 The Philippines Air Force (PAF) will receive two Cessna 208B Caravans under a foreign military sale contract first signed in May 2016. US Ambassador to the Philippines Sung Kim announced on July 18 that the aircraft would be delivered to the PAF “in a couple of weeks,” presumably in August. The Cessna 208Bs will conduct ISR missions in the southern part of the country where Philippine President Rodrigo Duterte has declared martial law following the siege of Marawi by Islamic State militants. Besides the Philippines, Chad, Cameroon and Nigeria will also receive ISR-equipped Cessna 208Bs. A total of three contracts were awarded for upgrading the aircraft in 2016. L-3 Communications was awarded a $14 million contract in May 2016 to modify the aircraft for ISR missions for the four countries currently facing insurgencies, while Cessna was awarded a contract for six Cessna 208Bs, three engines and aircraft spares worth $23 million in September. Additionally, North American Surveillance Systems also provided ISR capabilities for the aircraft for $39 million signed in May 2016.

On July 19, Turkey’s Undersecretariat for Defence Industries has released a request for proposal to three local defense manufacturers, inviting them to bid on Turkey’s Altay tank program. The companies, BMC, FNSS, and Otokar, will bid on the serial production of an initial batch of 250 Altay tanks, though the eventual contract could involve up to 1,000 units. Otokar developed and built the Altay prototype, but the company’s serial production offer was turned down in June due to disagreement over cost. The Altay will replace several classes of main battle tanks currently fielded by Turkish Land Forces including the Leopard 2A4, M60A1/A3/T and M48A5.

At the 2017 MAKS International Aviation and Space Salon near Moscow, Malaysia and Russia signed an agreement to modernize the Royal Malaysian Air Force’s (TUDM) fleet of ten operational MiG-29N/NUB aircraft on July 19. Discussions to replace the aircraft first took place in 2010, as at the time there were over twenty years old. Since then, the estimated $2.4 billion replacement program has been repeatedly delayed due to budget constraints and competing priorities. This modernization effort would ensure Russian support of the aircraft until April 2020 and keep the aircraft operational until then. The agreement is likely a result of an earlier 2015 proposal by Russian Aircraft Corporation MiG and its Malaysian partner, Aerospace Technology Systems Corporation. In 2015, TUDM officials said that the MiG-29 airframe had not yet gone through even half of their 4000-hour airframe lives, suggesting that an upgrade was a viable option over a much costlier new aircraft. The offered upgrade proposal reportedly would cost only 20% of the price of a new batch of aircraft.

On July 18, the Jerusalem Post reported that Germany suspended the sale of three Dolphin 2-class submarines to Israel. Israel ordered the additional submarines from ThyssenKrupp in June 2017 to replace the original three Dolphin class vessels which it received in 1999 and 2000. However, in April 2017, a memorandum of understanding added a clause to the order agreement which allowed Germany the option to cancel the deal if evidence of corruption in how the deal was reached was uncovered. This clause was added due to a growing corruption scandal surrounding the deal, which has led to several arrests in Israel. As a result of the widening scope of the corruption investigation, Germany opted not to sign the memorandum of sale for the submarines, effectively suspending the deal itself. While the deal has not been cancelled, it is unlikely to move forward until the investigations are resolved.

On July 18, it was reported that an Arianespace Vega rocket was stacked on the launch pad in French Guiana in preparation for its August 1 flight. The Vega will carry two payloads: OPTSAT 3000 (an Italian reconnaissance satellite) and Venµs (a jointly built earth observation microsatellite by Israel and France). Arianespace has successfully launched Vega nine times since 2012 and currently has 13 more Vega launches scheduled through 2019.

The Weekly Wire: For Your Situational Awareness 7.21.17Weekly Wire

The Weekly Wire: For Your Situational Awareness 8.3.17Weekly Wire