The Weekly Wire: For Your Situational Awareness 8.31.16

The U.S. Air Force Begins to Identify Requirements for Its Next Fighter Jet

The U.S. Air Force has taken preliminary steps to shape the requirements and acquisition strategy for its next fighter jet. Termed Next Generation Air Dominance (NGAD) or Penetrating Counter Air (PCA), the Air Force intends to implement a rapid acquisition schedule and parallel development (where technologies are developed on separate paths and are then integrated into the jet at a later time) to have a fighter jet with initial operating capability in the late 2020s—a decade earlier than what the Air Superiority 2030 Enterprise Capability Collaboration Team (ECCT) found. The first experimentation effort, Data to Decision, began this spring and will take place over the next three to five years. Its goal will be to evaluate how the Air Force intakes, processes, analyzes, and shares data from various sensors and communications devices. The second experimentation phase, the Defeat Agile and Intelligent targets will start in the coming months and will test how the Air Force can currently take out highly maneuverable and lethal targets in order to identify capability gaps to be later filled by its next fighter jet. Although requirements are not yet set in stone and there is still work to be done to establish what performance variables will take priority, the U.S. Air Force believes that range and payload will be the two most important features on the aircraft.

Replacement Engine for the LCS Freedom May Be Needed

The U.S. Navy reported early this week that the San Diego-based Freedom has had one of its two main propulsion diesel engines damaged to the point that it may need to be rebuilt or replaced entirely. The damage, although still under investigation, was likely caused by a leaking seawater pump seal on one of the ship’s main propulsion diesel engines. San Diego-based Naval Surface Forces (SURFOR) is still deciding how and where the repairs will be made, however, it is likely that the ship will be drydocked in San Diego. The engines are made by Colt-Pielstick, and the primary LCS support contract is held by General Dynamics National Steel and Shipbuilding Company (NASSCO). 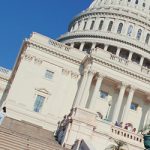 The Weekly Wire: For Your Situational Awareness 9.14.16Weekly Wire