Marty J. Bollinger is a Senior Advisor with Avascent, supporting engagements in market and business strategy for clients in the aerospace, defense, government services, and related technology industries.

Mr. Bollinger retired in 2014 as a Senior Partner after a long career in management consulting with Booz Allen Hamilton / Booz & Company. For almost 30 years Mr. Bollinger consulted to senior executives in the aerospace and defense industry on issues of business strategy, organizational effectiveness and operational efficiency. He also supported senior US government leaders in the Navy, the Air Force, NASA, the FAA, DARPA and the intelligence community on issues of industrial policy and operational efficiency. He has supported several Defense Science Board and Defense Business Board projects and has testified before the U.S. Congress on aviation safety.

Mr. Bollinger served on the board of directors of Booz Allen Hamilton and following the sale of Booz Allen Hamilton to Carlyle, served on the board of directors of Booz & Company, the $1 billion commercial consulting firm spun off in that transaction. He also serves or has served on the boards of small technology enterprises, including Altobridge Ltd, MicroSun Technologies, and Navitas Systems. He is currently supporting Carillon Technologies, a new spin-off of Intellectual Ventures aimed at bringing advanced commercial technology into the defense industrial base. Mr. Bollinger also serves as a Director and Vice President of the U.S. Naval Historical Foundation.

Mr. Bollinger is also a Visiting Executive Lecturer at the Darden Business School, teaching courses in industrial strategy for flag-level officers and senior civilians in the U.S. military and Department of Defense. He has also lectured at the Army War College and Georgetown University.

Mr. Bollinger is a published author in naval and maritime history, with three books and several articles to his credit. 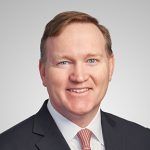 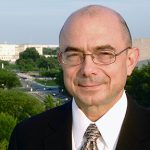