The phrase “Used Parts Tsunami” is increasingly being used as a we sit on the cusp of a commercial aircraft retirement wave.

Indeed, the fleet will be retired in unprecedented numbers, leading to a surge in more affordable used serviceable material (USM) from torn-down aircraft. This will benefit surviving airline operators, at the expense of OEMs’ replacement and spare part sales.

The A330 provides us with a microcosm of the forces impacting the global fleet of commercial aircraft and by extension OEMs with significant aftermarket exposure.

Avascent’s analysis of future air traffic demand, airline risk profiles, and tail-by-tail fleet profiles concludes that between 160 and 340 A330s will leave service prematurely in the next 3-4 years – which is four times higher than recent annual retirements.

Forecasting the effect of this retirement surge on spare parts demand requires a detailed breakdown of the factors affecting aftermarket activity: 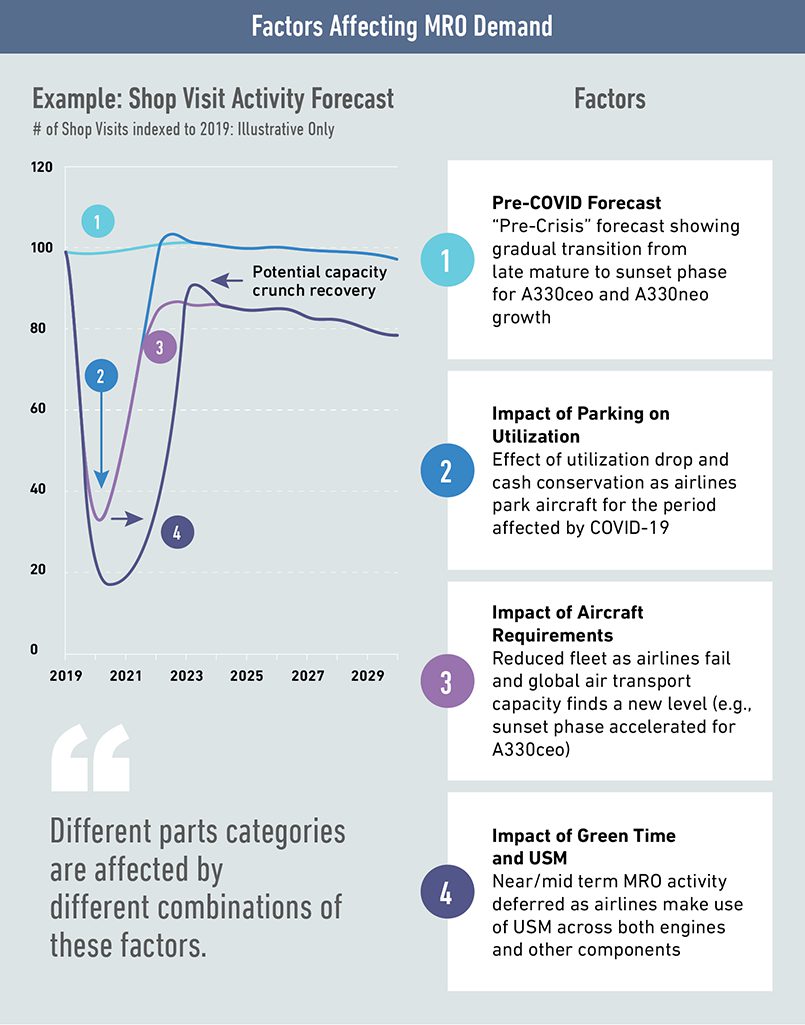 From the expected A330 fleet retirements, 200-400 Trent 700 engines with substantial green time on them will become available.

Historically, Rolls-Royce engines had few or no buyers for USM due to its closed, non-competitive MRO network, but for the A330, the MRO network has changed.

Four independent MROs compete for Trent 700 work, and indeed Rolls-Royce themselves bought 8 shipsets of material in 2019, so it is likely that these engines will return to support the remaining in-service fleet of A330s.

As a result, there will be a significant and adverse impact on the Trent 700 programme. Avascent estimates between $4.7B – $6.9B in lost spend on parts from 2020-2030, depending on the final number of retirements and severity of the air traffic downturn.

Short-stub engines themselves represent 8-10% of the total near-term impact with the rest due to lost demand. A major source of lost value lies in Used Serviceable Life Limited Part sets that will become available in unprecedented numbers, eroding the anticipated parts revenue as Trent 700s transition from “mature” to “sunset phase” at a faster rate.

The PW4000 engine will transition to its “sunset” phase at a vastly accelerated rate as well, with the potential for a 4-year “holiday” without shop visits for the -100 A330 variant.

Of course, different parts categories will display different dynamics. Brakes, for example, will tend to track utilization quite closely as it recovers, thereby resulting in a negative impact that is more attributed to reduced demand in the “new normal,” rather than a USM effect.

But the full financial impact will be highly dependent on fleet dynamics, retirement profiles, and competitive fields, all of which must be carefully evaluated on a case-by-case basis as suppliers recraft their aftermarket strategies for a post-COVID world. 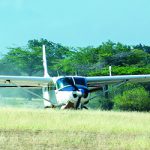