He served as an F/A-18 pilot at all levels to include commanding VMFA-115, Marine Aircraft Group 31, and 2d Marine Aircraft Wing (Forward) during Operation IRAQI FREEDOM. He was an instructor at the Navy Fighter Weapons School, also known as Topgun.

His responsibilities included integrating all warfighting functions and domains. He created the Marine Corps Rapid Capabilities Office for rapid prototyping, experimentation, and demonstration.

Lieutenant General Walsh served as the Co-Chairman of the Naval and Army-Marine Corps Boards that determined capital allocation common to the Marine Corps, Navy and Army.

Lieutenant General Walsh is a defense and technology consultant who serves on multiple boards and advisory positions.

Lieutenant General Walsh is a graduate of the United States Naval Academy and earned a Master of Science degree in National Security Strategy from the National War College. 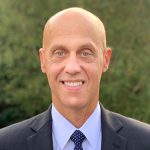 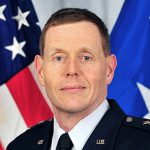