Philippe Cothier is a Senior Executive Advisor based in Paris and supporting Avascent’s European operations in Paris and London.

Mr. Cothier brings over three decades’ experience in the aerospace and defense sectors. With a career beginning as a Systems Engineer in the Department of Aeronautical Engineering and Procurement in the French Ministry of Defense, later becoming Special Advisor for Nuclear Affairs at the Office of the Under Secretary of Defense for Policy of the French MoD, Philippe then moved to the industry side. He spent 10 years at MATRA in various strategic roles including CEO of MATRA CAP Systems, then Senior Vice President of MATRA Defense & Space and CEO of MATRA Satellite Communication Services.

More recently, Philippe has worked in strategy, organization and investment in the A&D industry, including co-founding Octagon Partners Ltd, an A&D investment advisory group, with a particular focus on  small- and medium- sized companies in this sector.

Since 1998, Philippe has been Chairman of the board, then Honorary Chairman of the Paris-based Center for Strategic Studies (CEPS) think-tank, writing on the subject of defense, space, public-private partnerships, and nuclear deterrence. He is a reserve colonel in the French Air Force.

Philippe holds an engineering degree from Ecole Polytechnique, an MBA degree from INSEAD, and a master’s degree from MIT where he worked at the Laboratory for Information and Decision Systems. 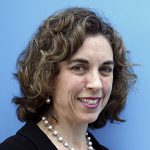