Avascent Back Together for 9/11 Day of Service

On the twentieth anniversary of the September 11 attacks, Avascent’s US team took part in the National Day of Service and Remembrance honoring those who lost their lives on that tragic day. Unlike last year when when COVID forced us to volunteer virtually, this year saw Avascent’s fully vaccinated staff get together (safely) to lend a hand with local DC charities.

For the past several years, Avascent has supported Lighthouse DC which was founded by former staff member Brian Hart. LightHouse DC assists families transitioning out of homelessness by helping furnish and set up their new homes, and a team of Avascenturians channeled their inner interior designers by cleaning, furnishing and decorating an apartment for a single mother and her son. LightHouse has now helped over 1,000 DC residents.

Back in the DC office, a group made “no-sew blankets” and hand-written cards for veterans in our local VA hospitals. Across the US, Avascenturians took to the streets to run/walk the Carry Forward 5K. The team raised over $1,200 to help veterans who were injured in service get the care they need.

Avascent continues to be proud and honored to support the work of these and other great organizations throughout the year, both with days of service and ongoing charitable activities. 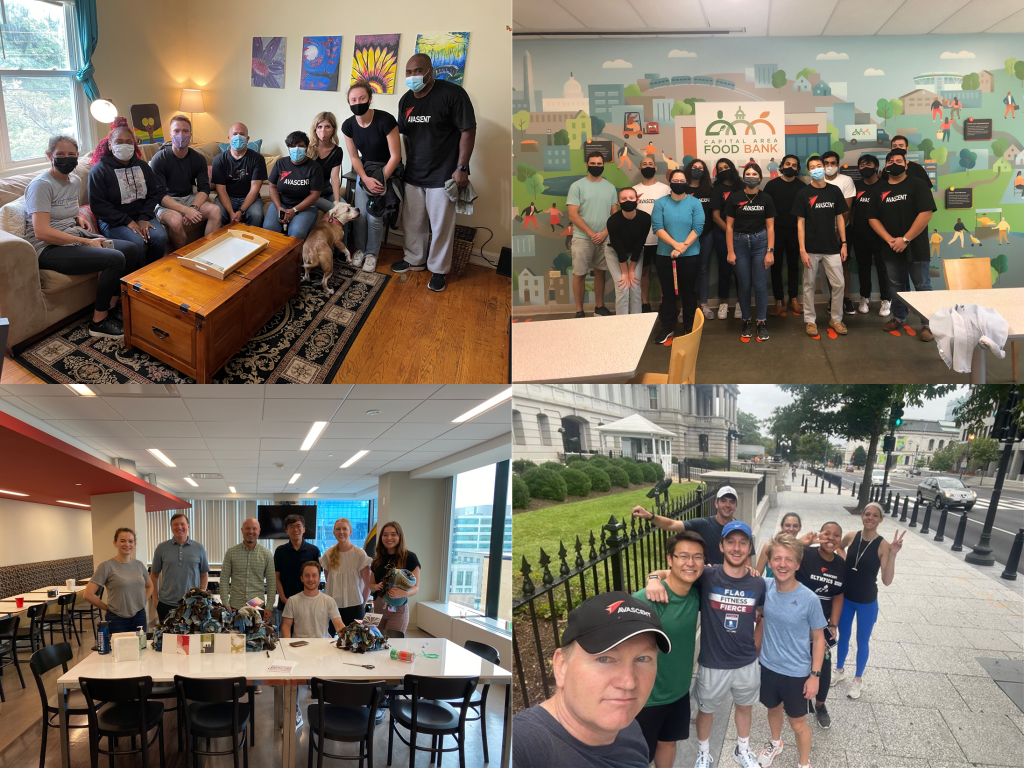