As a proud sponsor of Operation Second Chance and 185 for Heroes, Avascent participated in the 29th Army Ten-Miler. This was Avascent’s third year at the race.

From Operation Second Chance’s website:
“We are patriotic citizens committed to serving our wounded, injured and ill combat veterans. We support Veterans and their families while they recover in military hospitals, by building relationships and identifying and supporting immediate needs and interests. We are dedicated to promoting public awareness of the many sacrifices made by our Armed Forces.”

“Each year Team 185 runs a marathon a day for seven days – 185 miles along the Chesapeake and Ohio Canal Trail – to raise funds and awareness for our nation’s wounded warriors. 100% of all donations from the 185 For Heroes event goes directly to the Operation Second Chance (OSC).” 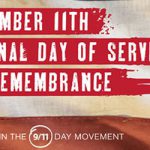