This year’s Defense News Top 100 list of global defense companies offers an opportunity to think about some of the major trends affecting the industry at this critical time.

This article, and a related piece, which features in the August 17, 2020 edition of Defense News, explores a series of issues that characterize a global defense industrial base in a state of change.

The COVID-19 pandemic and the deep recession is already having a deep impact on the defense and aerospace sector.

Although the defense sector has faced pandemic-related business disruptions, it remains a safe haven with most defense-oriented firms reporting only modest impact on revenues and profits.

But 56% of the 2019 revenue generated by defense-related firms came from commercial aerospace and other sectors, which face enormous headwinds. 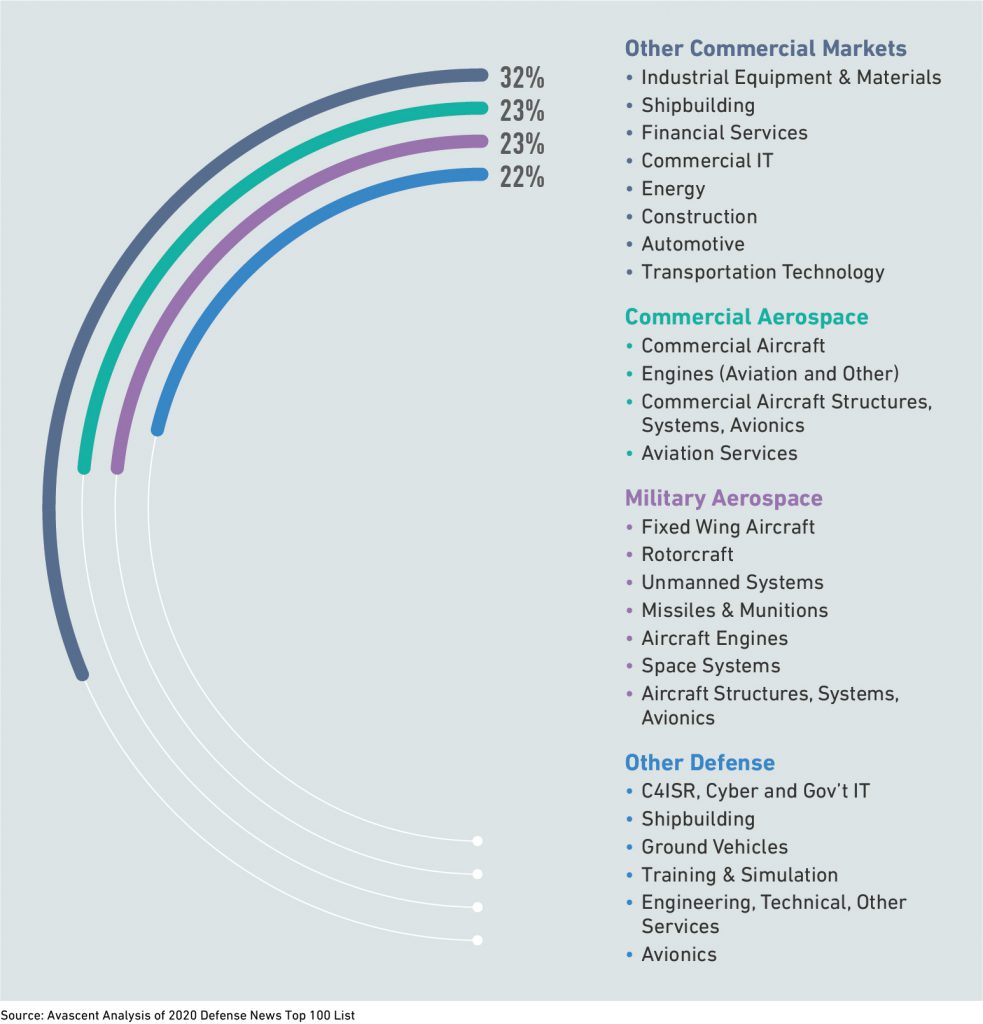 Between March 1 and August 1, 2020, stock prices for firms spanning defense and commercial aerospace declined by 33%, as global air travel ground nearly to a halt amid the coronavirus pandemic.

By contrast, an index representing defense/government pure-plays has dropped by just 5% over the same period. Conglomerates were in the middle, declining about 16%. 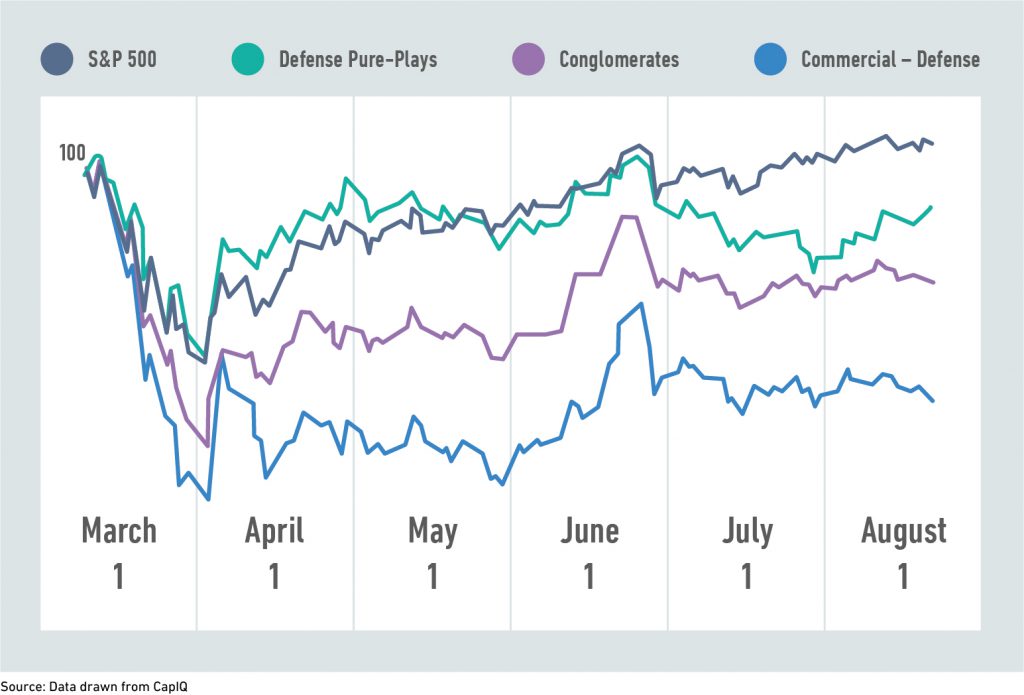 The Rise of the Rest in a Global Market

Defense companies in the United States and other western countries have long led the global defense market, at least as it was traditionally defined.

But long-assumed relationships between buying and supplying countries are breaking down. And this is happening as relatively newcomers to the global market make their presence felt.

In particular, China’s vast state-owned defense, aerospace and industrial conglomerates show the effect of Beijing’s rapid progress in building up its armed forces. Chinese firms account for over 27% of the revenue of companies that comprise the Top 100 list. Firms from South Korea and Turkey continue to rise in share of value on the list, reflecting both their domestic markets and their push into exports. 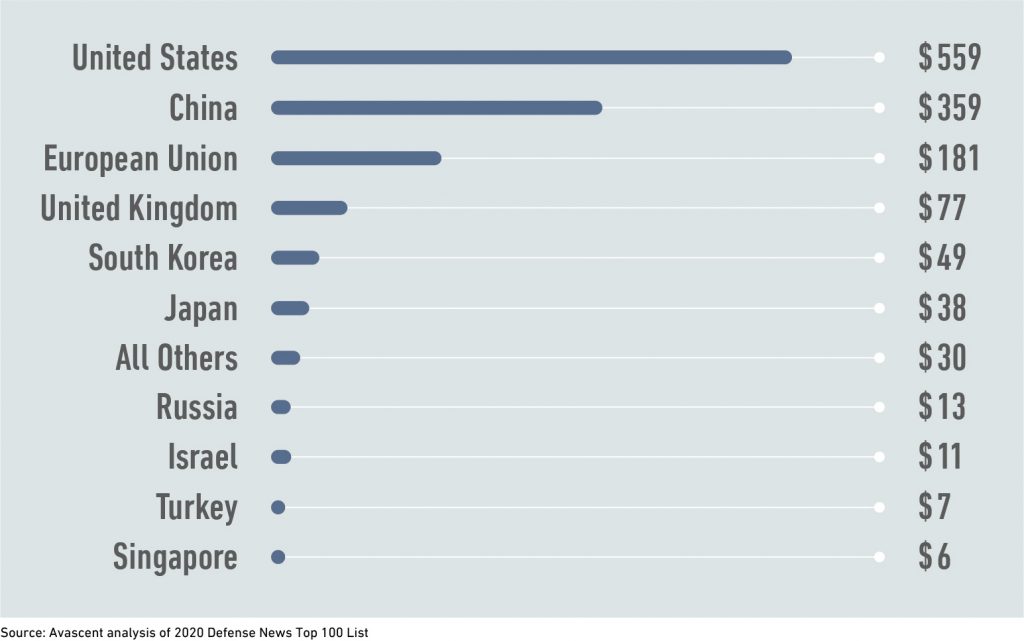 To be sure, the Top 100 list in 2020 features only a couple of Russian firms; many of Russia’s leading defense players, including United Aircraft Corp. and Russian Helicopters, declined to provide data this year for unknown reasons.

The Role of the State and of Private Interests

Nearly one-third of the revenue counted in this year’s Defense News Top 100 list is in the hands of state-owned corporations.

Beijing oversees by far the largest complex of state-owned defense companies. But many other countries favor state ownership of defense-related enterprises, including Russia, Turkey, and India. Israel, France and Italy are among those countries whose defense industrial base features a mix of state-owned firms and others that are at least 50% publicly traded.

Of $1.3 trillion in 2019 tracked by the Defense News list, under 5% is in the hands of firms that are privately held, either by families (Bechtel, Dassault, Sierra Nevada, Diehl) or by private equity firms (Melrose Industries, Hensoldt, Amentum, etc.).

This is surely a significant understatement of the role – and the increasing prominence – of privately controlled firms in the global defense market. Of course, without the legal requirement to disclose financial information to potential shareholders, whether these firms appear on the Top 100 list comes down to managements preference.

But consider some firms that are not present on the Top 100 list:

Each of these firms, and a growing array of others, have carved out substantial positions in markets that used to be the preserve of major corporations. 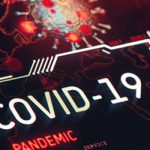 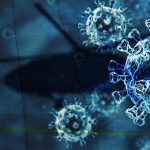 2020 MSPO Previews: Defense in the Time of the Coronavirus PandemicPerspectives