From the Analysis Desk: UK General Election Implications and Outlook for 2020

By Joe Walsh and Ben Goodlad
Posted December 20, 2019
In Perspectives
From the Analysis Desk: UK General Election Implications and Outlook for 20202019-12-202020-03-19https://www.avascent.com/wp-content/uploads/2018/08/avascent_logo_140x83.pngAvascenthttps://www.avascent.com/wp-content/uploads/2020/01/avascent_newsinsights_whitepaper_uk_spotlight_uk_flag.jpg200px200px

The overwhelming Conservative victory in the UK General Election has been greeted enthusiastically by financial markets, but the fact that such a large majority has been achieved is not necessarily good news for defense.

The UK elections saw the Conservative party secure 365 seats in the House of Commons with a sizable majority of 80, enabling Prime Minister Boris Johnson to form a government that is expected to be strong and stable for the next five years.

The result has an impact on two areas that are important for UK defense, namely post-Brexit security arrangements, and a cross-cutting review of the Ministry of Defense (MoD) budget and procurement practices to be conducted in 2020.

The election result means that it is now almost certain that the UK will leave the European Union on January 31, with the Withdrawal Agreement able to pass through Parliament. However, at this time it is unclear exactly what defense and security arrangements will be secured when the transition period ends in 2021.

While the UK is not expected to leave the European Union with no deal, the tough task of negotiating a future ongoing relationship must now begin. UK involvement in European defense projects is likely to form part of these negotiations, with access to the Galileo Satellite program and Permanent Structure Cooperation (PESCO) research projects the main areas of uncertainty.

Since 2017, it has been widely accepted that the Defense Equipment Plan has been unaffordable, but previous defense ministers have been unwilling to make decisions that may be seen as unpopular, such as the commitment by Gavin Williamson not to make any reductions to the UK’s amphibious capability.

These decisions were taken against the backdrop of a relatively weak government that could not afford the political ramifications of significant cuts.

With such a large majority, the government may feel emboldened to opt for a more radical approach. It is possible that end strength could be reduced even further than the current target of 82,000 as the army struggles to recruit and retain personnel.

In recent years, the army has struggled with recruitment and retention, with October 2019 figures stating a trained strength of 78,700. A radical re-examination of what the army can hope to achieve could see the number of formations reduced and numbers cut further.

This would also bring the removal of equipment and the possible cancellation of programs. The Warrior upgrade is a potential casualty if the number of armored infantry brigades is reduced. Other potential cuts could include the long-delayed procurement of the Joint Light Tactical Vehicle under the Multi-Role Vehicle (Protected) Category 1 program.

For the navy, the most obvious target in the crosshairs would be one of the UK’s new Queen Elizabeth Class aircraft carriers. It has been suggested that one of the ships could be removed from service and either mothballed or leased to allies. The UK’s amphibious capability is also likely to be re-examined.

It is unclear at this time which, if any, Royal Air Force programs may be threatened. With the guarantee of a full term, it is conceivable that the new government could take the opportunity to revisit previous controversial procurement decisions.

The E-7 Wedgetail Airborne Early Warning aircraft could be one such program, although the political and contractual feasibility of such a significant reversal is highly uncertain.

During the election campaign, the Conservative Party promised an increased investment in areas such as health, education, and policing. But beyond maintaining current spending levels on defense, there was no significant commitment to increase investment.

With a large majority, it is probable that the Johnson government will be able to proceed with the kind of cuts that were previously delayed due to the threat of a rebellion by conservative MPs with strong links to the armed forces. This means that the UK should be braced for cuts in capability in order to make the current equipment plan more affordable.

Contacts within the MoD and Armed Forces indicate that planning for a 2020 SDSR is already underway; exactly how far cuts will go will depend on the outcome of this process.

However, as reported by The Times on December 16, MoD procurement may be the subject of a deeper “overhaul” to be led by Dominic Cummings in 2020. Mr. Cummings has written extensively on many subjects, including defense, and has been highly critical of the MoD procurement efficiency and value for money. He has taken aim at the carrier program, while expressing affinity for the US DoD’s approach to developing and integrating artificial intelligence and autonomous technologies into its warfighting capabilities.

Most industry observers would agree that procurement needs improvement, and that (yet another) thorough review is likely warranted considering the current situation.

We will be watching closely in the days and weeks to come as the specific scope and objectives of his involvement become clear, but we hope to see the following principles and guidelines applied:

If these principles are followed and the review has enough political support and staying power, then it could represent the beginning of a new era in UK defense.

However, as history has shown, while such root-to-branch efforts always spur significant handwringing and disruption to business as usual, they rarely result in permanent cultural and organizational change, and should be monitored with a healthy degree of skepticism. 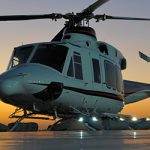 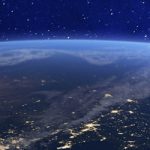