When it comes to unmanned systems, most people immediately think of drones flying through the sky to deliver missiles, information, or (potentially) Amazon purchases. However, there has been rising interest in a completely different category of unmanned system: unmanned maritime vehicles.

The idea is the same – an autonomous or remote-controlled platform that can be used to perform missions or provide capabilities considered too dangerous or too expensive for manned platforms. Broadly speaking unmanned maritime vehicles can be split into surface and sub-surface platforms, with the latter category making up the clear majority of the market.

The idea behind unmanned maritime vehicles is simple: submarines provide a broad array of capabilities, but are too expensive for many countries to purchase or maintain.

Unmanned undersea vehicles provide a cheaper work around that enables users to pursue a narrow set of subsurface mission sets more affordably.
But who are these customers, and why are they suddenly so interested in building up their subsurface forces?

The main customers for unmanned maritime vehicles are in northern Europe, East Asia, and Southeast Asia. At first glance, this would make sense as many of those countries field technologically advanced militaries and have money to invest in unmanned and autonomous systems. However, there is a deeper driver at work here. Specifically, all these countries are under threat from a geographically proximate adversary’s subsurface forces.

For Southeast Asian nations, the purchases appear to be motivated by a desire to improve their mine-countermeasure capabilities. This is likely due to fears that China would deploy sea mines as part of its ongoing efforts to tighten control over the South China Sea.

Similarly, all the countries where the spending is highest – Japan, the United Kingdom, France, Norway, and Sweden – have been facing increased incursions from submarines in their territorial waters over the last several years.

For the European actors, these threats originate from Russia. For Japan, the main antagonist is North Korea. Unmanned maritime vehicles stand to provide these nations with a cost-effective way to monitor their waters for potential adversaries.

This trend has led us to project significant spending on unmanned maritime systems in the Middle East as well. Iran represents an ongoing potential threat to commercial traffic through the Straits of Hormuz, and could menace ships all along the coast of the Arabian Peninsula.

Unmanned maritime vehicles would allow Middle Eastern nations to monitor for threats and mines without needing to invest in more traditional subsurface platforms.

While unmanned aerial platforms still dominate the unmanned systems market, maritime platforms are growing in popularity. Interest in unmanned maritime vehicles appears to be tied intrinsically to provocative use of subsurface forces by nations like Russia and North Korea; we project this trend to continue through the near term. 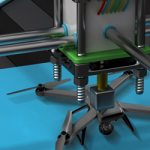 Drones On Demand: Additive Manufacturing and the Future BattlefieldPerspectives 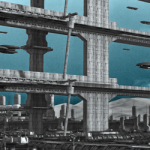