Avascent on the Record: Bipartisan Budget Act of 2018: Defense Hawks vs. Deficit Hawks

The signing of the Bipartisan Budget Act of 2018 last month ended nearly a decade of fiscal austerity, with the aerospace and defense sectors now expecting a run-up in defense outlays during the coming years. Defense hawks as well as Democrats now have a new baseline for budgeting during this new phase, which will likely prompt further increases in 2020 and 2021 . Yet austerity politics always seem to return, and they almost assuredly will again, as defense spending remains enduringly cyclical. August Cole spoke to Matt Vallone, Director of Research & Analysis at Avascent Analytics, to examine the state of play in the wake of the Bipartisan Budget Act of 2018, and to get some historical insight into how long this present cycle might last. 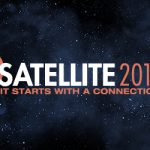 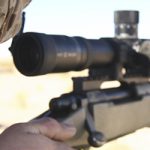 Avascent on the Record: NDAA: The Debate this Week and Why it MattersPodcasts