Funding the Final Frontier: A Look at the FY23 National Security Space Budget

If appropriated at the requested PBR level, DoD space investment will have nearly doubled from 2018, having outpaced other Federal discretionary spending growth by nearly three-to-one (including the COVID related plus-ups) and other DoD investment by five-to-one. 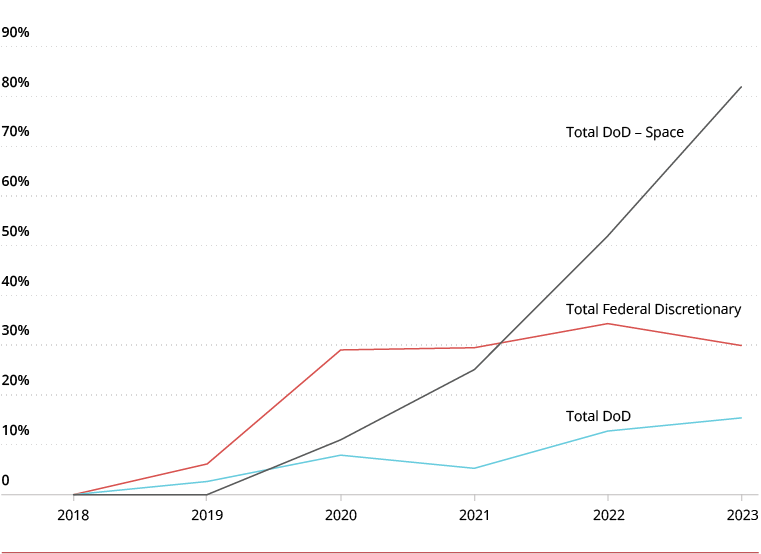 Emerging LEO and MEO resilient tracking layers help sustain outyear spend with billions in new investment through 2027 – a vote of confidence for the Space Warfighting Analysis Center’s OPIR Force Design and further acknowledgement of the growing on-orbit threat from China and Russia.

The later half of the FYDP is driven by the recapitalization of legacy comms programs, with Evolved Strategic SATCOM (ESS) and Protected Tactical System (PTS) growing by 12% and 15% from FY25-27, respectively.

At nearly $5B, Classified spend continues to comprise the largest portion of space investment and is projected to grow to $5.3B by 2027. 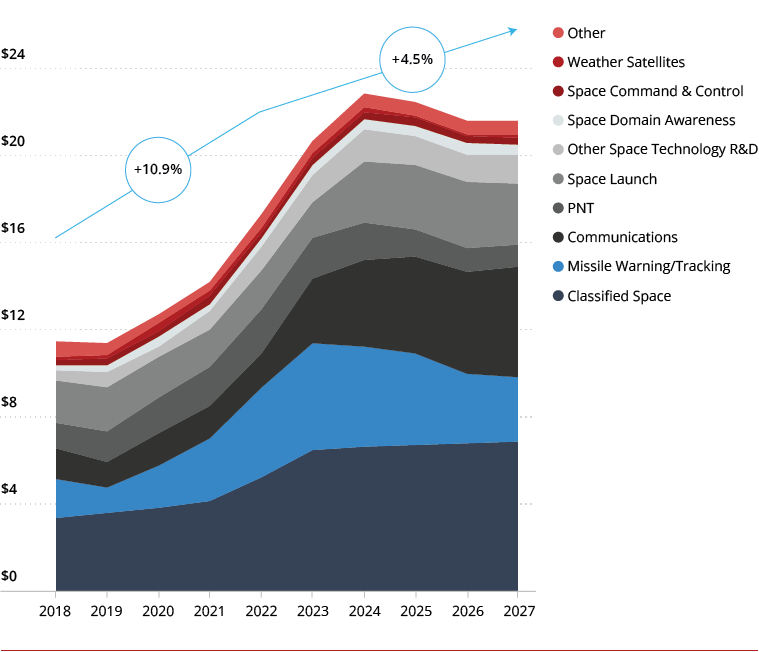 But such elevated levels of growth may not be sustainable indefinitely – nor are they projected to do so.

With consolidation of space investment under the Space Force, the potential perception of “too much space” could put a damper on future investment.

The FYDP for national security space already projects declines, with FY23 to FY24 spending expected to grow at a modest 4.2% before leveling off by FY27.

And with inflation eroding the value of any planned increases and a potential recession looming, space investment in real dollars may have reached its zenith. 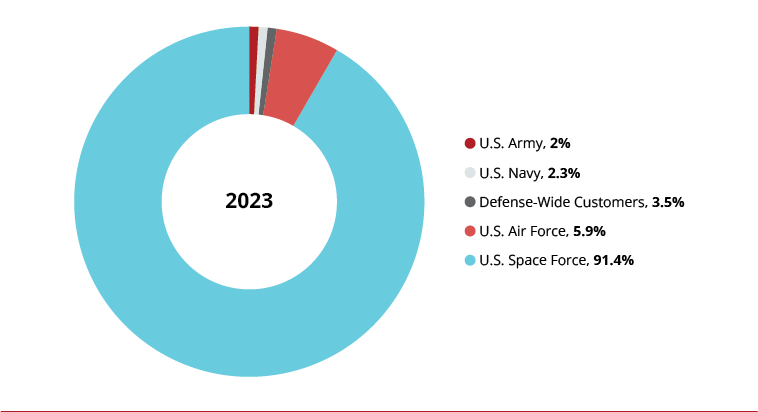 …Or Too Big to Fail?

Yet there is also a growing recognition among lawmakers and the public alike of the critical enabling role space plays across DoD missions and a wide array of civil applications.

And with the National Security Space Budget comprising only 1.3% of Federal discretionary investment and 2.7% of DoD spending, it delivers a strong “bang for buck” which should help maintain budget growth moving forward. DoD leadership appear to acknowledge this, and, despite FYDP projections, are calling for continued space investment, with Air Force Secretary Frank Kendall stating in a recent House Appropriations Subcommittee hearing: “I do not anticipate the future budgets will remain flat or go down for the Space Force – quite the opposite.”

Despite recent congressional support and the strong (and growing) arguments in favor of continued space investment, spending levels for the national security space budget will ultimately be shaped by a host of exogenous factors as well as the attitudes of Congressional Appropriators today – and tomorrow.

For those in industry, or investors evaluating space opportunities, several questions must remain top of mind:

A Quantum Information Science Leap? – Implications for the Space SectorApogee