A Quantum Information Science Leap? – Implications for the Space Sector

The promise of exponential leaps forward in computing power, communications encryption and decryption, and high-fidelity sensing, among other areas, has spurred enormous investment from both public and private sources across the globe.

While major challenges to technological maturity and customer adoption remain, the potential of Quantum Information Science, if realized, will be transformative to multiple sectors, including finance, defense, and space. 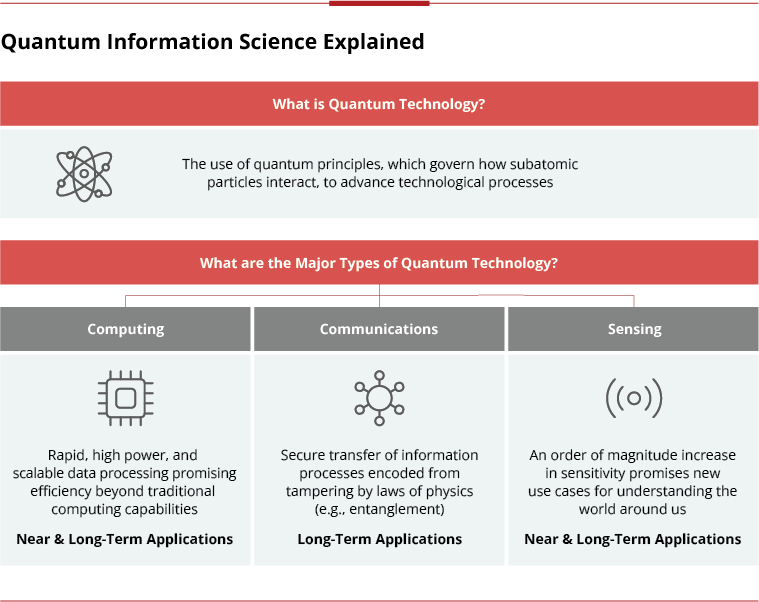 Communications could allow enormous amounts of data to be sent securely and near-instantaneously across vast distances, qualities which are crucial for a variety of stakeholders within the national security, financial, and ICT sectors.

The revolutionary potential of Quantum Information Science has spurred recent investments into quantum technology, as numerous stakeholders seek to be first movers in technology that could reshape missions critical to customers.

Leading US ICT firms like Google, Microsoft, and IBM are investing hundreds of millions of dollars and partnering with innovative startups like IonQ and Q-CTRL to develop cutting-edge quantum computers.

Beyond economic motives, governments also recognize the national security implications for quantum technology and its linkage to the space domain. In particular, the United States and its allies are focusing on China’s recent high-profile successes.

Since being named among its ten target industries in the Made in China 2025 plan, China has made strides in testing satellite and ground-based Quantum Key Distribution networks – a process of sharing keys to decrypt information – and advancing its domestic quantum computing capabilities.

While these and other publicized successes may be exaggerated, Chinese advances in quantum information science have nonetheless put the West on notice.

Government funding into quantum R&D has grown rapidly, and agencies like NASA, DARPA, AFRL, and the Defense Innovation Unit have poured millions of dollars into advancing new technology such as quantum sensors for missile tracking and space-to-Earth quantum communications.

While only a fraction of the estimated $1.5B in annual quantum funding from the US is focused directly on space applications, there is growing awareness of its potential. 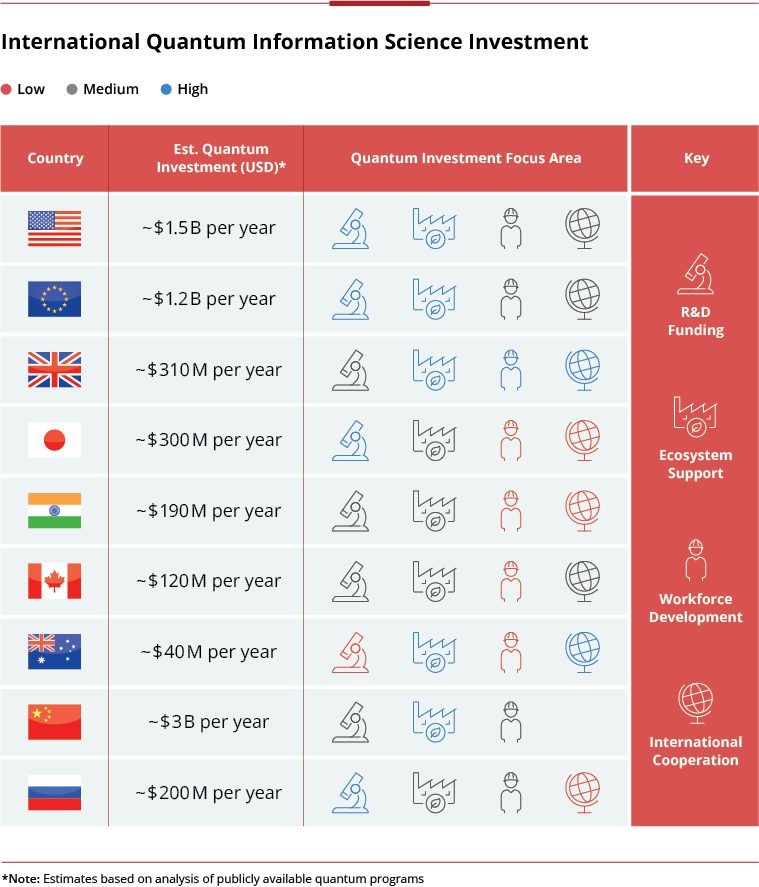 Core technical challenges – such as detecting and correcting when qubits were in different states from one another (i.e., 0 or 1) – remain intractable, with no clear solution in sight.

Finally, there are limitations to customer ability and willingness to broadly adopt quantum in space in the near-term.

At-scale adoption of quantum satellite communications, for example, may be unlikely over the next decade as many Western nations’ communication modernization programs (e.g., PTS, AEHF, etc.) are well underway, with little opportunity to on-ramp a fundamentally different, quantum-based architecture.

The rapid pace of quantum technological advancement in recent years indicates that current adoption challenges can be overcome with sufficient investment and coordination.

Greater cooperation between academic and industrial quantum leaders and national security firms will be crucial for operationalizing this emerging technology.

Some large defense firms (e.g, Raytheon, Northrop Grumman) have invested and partnered with the likes of IBM and Arqit, recognizing QIS’ potential for defense and space missions.

Additionally, industry can advance quantum technology by collaborating with government stakeholders to demonstrate its ability to meet operational needs.

While many large acquisitions may be out of reach in the near-term, identifying opportunities to incorporate quantum technology on satellite hosted payloads could help generate customer interest and help mature quantum capabilities.

Becoming a first-mover in Quantum Information Science development could open up near limitless potential as quantum technology matures and gains traction across the national security and other industries.

“All in” for Space: The FY22 NDAAApogee