The Road to Space Resiliency: Implications for Industry

By Jacob Finke
Posted July 21, 2021
In Apogee
The Road to Space Resiliency: Implications for Industry2021-07-212021-08-19https://www.avascent.com/wp-content/uploads/2018/08/avascent_logo_140x83.pngAvascenthttps://www.avascent.com/wp-content/uploads/2021/07/avascent_apogee_newsinsights_thechangingdefensivespacearchitecture_implicationsforindustry_-featureimage.jpg200px200px

US space-based assets are increasingly vulnerable, both to accidental threats from space debris and to adversaries’ counterspace capabilities (i.e., the ability to destroy or degrade satellites).

US space customers have begun shifting to a defensive space resiliency architecture capable of facing these threats by:

US military officials have noted that the Chinese military has a “spectrum of threats” that can credibly threaten US space assets. Although China is not the only US adversary with counterspace capabilities (e.g., Russia), its capabilities have advanced rapidly and are unlikely to abate as their domestic space capabilities mature. 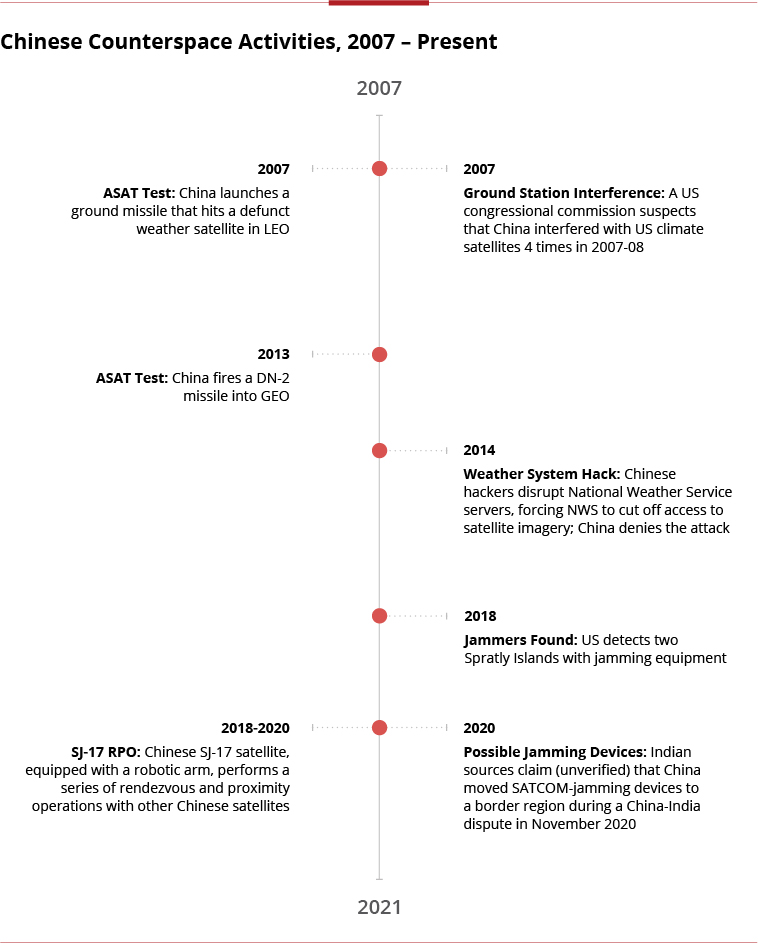 Over the past several years, the US national security space establishment has responded to these threats by taking steps to build more robust defensive space resiliency capabilities.

First, collaboration has increased. For example, the US Space Force (USSF) and the National Reconnaissance Office (NRO) reconciled two redundant acquisition programs when they agreed to jointly develop Silent Barker.

USSF is also working with the NRO to develop a unified concept of operations (CONOPs) for defending satellites in space. Significant classified activity is undoubtedly also taking place in this arena.

Additionally, Space and Missile Systems Command (SMC) reorganized into “SMC 2.0” in 2019, to facilitate more rapid, agile, and resilient space procurement in the face of growing on-orbit threats from China and Russia.

And now under the USSF banner, SMC will be folded into the new Space Systems Command (SSC) to further streamline acquisition processes and reduce costs.

Most recently, President Biden nominated the deputy director of the NRO to command SSC – this should bring more NRO-USSF collaboration and further increase the agility of SSC’s acquisition activities. 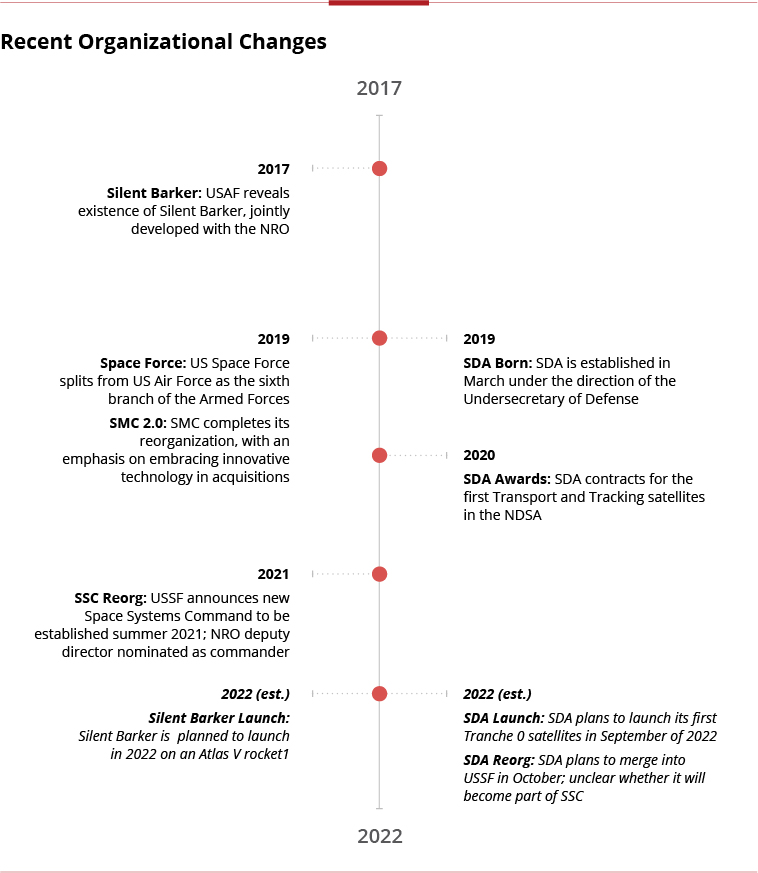 In parallel, the Space Development Agency (SDA) has been developing its National Defense Space Architecture with an emphasis on speed and cost – the SDA plans to launch its first satellites only two and half years from contract signature.

The proliferated architecture, with satellites that will cost less than $14M each, increases the space resiliency of US satellite constellations by eliminating single points of mission failure, and making it easier for the SDA to replace destroyed or degraded satellites quickly and cheaply.

While these organizational changes and acquisition shifts are welcome and much-needed, questions remain as to how effective they will be in deterring or responding to Russian or Chinese counterspace activities.

Will the US’s new defensive space architecture succeed if challenged? How can the US maintain a high level of mission assurance while pursuing low-cost, high-speed solutions?

And, when some efforts inevitably fall short of their goals, will USSF and Congress stay the course, or revert to old acquisition habits?

Regardless, approaches to defensive space resiliency are invariably changing. Legacy space industrial players must adapt to their customers’ new preferences, and the implications of building for a contested space environment.

Some questions that industry must consider include: