Avascent, the leading strategy consultancy for aerospace, defense and government-driven industries, is pleased to announce the opening of a Berlin office to better serve Avascent’s defense, aerospace, and government clients in Germany. Dr. Lars Miethke will lead Berlin operations for the firm in close coordination with Avascent’s Paris and London units.

“We have seen great success and growth since opening offices in London and Paris, delivering outstanding client service to the European market,” said Steve Irwin, Avascent President. “We have been fortunate to serve German industry for some time from our London office. With a team in Berlin, we anticipate being even better positioned to address the needs of current and future clients.”

Joseph Walsh, head of Avascent’s London office, noted, “Germany has long been a leading player in Europe’s aerospace and defense industrial base. With the changes triggered by Russia’s invasion of Ukraine, we expect Germany to become even more important, both as a market and a producer.”

Dr. Miethke joined Avascent’s DC office in 2013 and has worked in the London office since 2016 liaising with German and international private equity and corporate clients and directing project teams to develop and implement clients’ organic and inorganic growth strategies. He received his B.Sc. in Business Administration from the Humboldt University Berlin, graduated from Georgetown University’s School of Foreign Service in Washington, and received his PhD at the London School of Economics with a research-focus on German foreign- & defense policy.

“As the largest economy in Europe, Germany has always been an important market for Avascent’s corporate and private equity clients alike,” said Lars Miethke. “Having a presence in the German capital will allow us to better serve our growing client base in Germany and those looking to invest in one of the most dynamic A&D markets in Europe.” 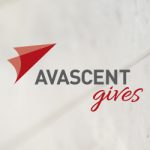