Since joining the firm in 2007, Jovovic has advised large integrators, major services firms, as well as specialized technology and solutions providers, on issues involving US and international government and commercial markets.  His expertise spans defense systems and military platforms; border, maritime & critical infrastructure security; and international stabilization and reconstruction.  More broadly, Jovovic has led engagements on government-driven energy and power sectors and the US federal government services marketplace.

“Alek has brought depth and sophistication to Avascent’s work, providing our clients with insights into growth opportunities around the world,” commented Steve Irwin, Avascent’s president. “As a key leader of the firm, Alek is helping us expand our global footprint and impact.”

Previously, Jovovic was a consultant at Vantage Partners, and served as an analyst at CENTRA Technology Inc., where he advised clients on foreign policy and national security issues.  He has also held research positions at the Brookings Institution and Georgetown University.  Jovovic holds an M.A. in International Relations from the Johns Hopkins University School of Advanced International Studies (SAIS).  He received his B.A. with honors in Government from Wesleyan University.  He is the author of numerous articles and thought pieces, most recently on the Middle East. 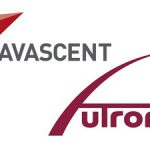 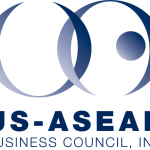