WASHINGTON, DC – Avascent will serve as a primary sponsor of The Wharton School of the University of Pennsylvania’s first Aerospace & Technology West Conference, to be held on September 27, 2012 in San Francisco, CA. Avascent partners Jon Barney and Tim Wickham will also lead panel discussions on big data and cyber security.

Due to the increased reliance of federal defense and intelligence agencies on emerging technologies, Wharton has decided to bring the longstanding conference to Silicon Valley for the first time. The conference brings together senior-level industry executives, policy makers, and investors to discuss ways to further industry and government innovation and increase competitiveness in the face of growing rivals, such as China.

“We have been helping clients in technology, aerospace, and defense to grow their federal businesses for over 25 years,” Avascent’s Jon Barney commented. “Through our work in the federal space, we have seen large growth in innovative markets such as cyber, cloud, big data, and analytics.” Avascent’s panels will provide a rare opportunity for some of the biggest names in big data and cyber to exchange their views on the direction of industry innovation with federal investors.

“Though cuts to government budgets are likely in coming years, investment in technology-driven markets, such as cybersecurity, is expected to grow,” said Avascent’s Tim Wickham. “The federal government needs commercial talent and technology to strengthen national security and improve operations. The tech industry can make a real contribution here.” 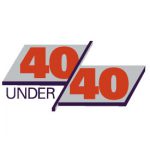