Panel Recap: Building the Industrial Base in a Competitive and Controlled Space

By Kyle Van Hooren
Posted February 15, 2019
In Company News
Panel Recap: Building the Industrial Base in a Competitive and Controlled Space2019-02-152020-03-19https://www.avascent.com/wp-content/uploads/2018/08/avascent_logo_140x83.pngAvascenthttps://www.avascent.com/wp-content/uploads/2019/02/cdai-panel-building-the-industrial-base-in-a-competitive-and-controlled-space-1-scaled.jpg200px200px

Head of Avascent’s Ottawa office Michael Petric’s closing to his opening remarks on the “Building the Industrial Base in a Competitive and Controlled Space” panel at the annual meeting of the Conference of Defence Associations Institute (CDA Institute).

The panel opened with an overview on the differences between commercial markets and the defence market and gravitated towards the challenges specific to the defence market. Challenges included new competitors stood up with government support (e.g., Embraer in Brazil, and Turkey’s TAI, etc.), supply chains which increasingly transcend national boundaries, and the reliance on commercial technologies such as cyber, AI, and space, which blur the line between a defence industrial base and commercial markets.

The conversation moved to the porous nature of Canada’s defence base, and how increasingly firms which do not see themselves as the defence base are vital members. At this point both Jeff Waring and Rouben Khatchadourian talked about tangible actions that the government and industry can work on together to enhance Canada’s competitiveness. Mr. Waring informed the crowd that ISED will execute a survey of Canada’s cybercapabilities while Mr. Khatchadourian expanded upon the benefits and challenges that exports entail.

The panel closed as it began, with a realistic assessment of Canada’s positioning and an identification of the trade-offs necessary to ensure Canada can maintain and grow a competitive industrial base in a changing global landscape. 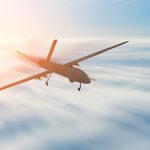 Beyond Unmanned: The Human Implications of Autonomous Systems and Remotely Piloted VehiclesCompany News 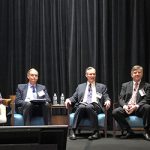