What impact could a Brexit scenario have on UK defense, and its US strategic and industrial alliance?

I think the first point to make of course is that the uncertainty, in the short term, would be difficult. It would potentially unpack a number of relationships, not just within the defense sector but more broadly.

Understanding how some of the contractual arrangements would work would be problematic, at least initially. In the long term of course, people will adjust. So it depends over what period of time we’re setting our thinking.

I think in terms of the complexity of supply chains, certainly with British defense primes drawing capability and products from the US and elsewhere, some of the potential currency fluctuations could be problematic if sterling is hit the way people are forecasting.

Of course most of them have hedged their exposure to Forex fluctuations anyway. I think we need to be very careful to not necessarily get ourselves tied up in the hype.

From a UK perspective, how do you evaluate the reliance on international partners in defense cooperation right now?

I think it’s huge. If you look at many of the air-domain platforms and capabilities, they are absolutely interwoven with US and European partners. When we think more of maritime systems, they are pretty much seen as UK-centric and UK-led. But of course an awful lot of the components and a lot of the fixtures and fittings are broadly international.

If you’re thinking weapons systems, they are European in flavor, they are UK and US in flavor. So I think there is a broad capability interdependency between the UK and its partners.

When it comes to the Third Offset Strategy and game-changing technologies pursued by the US Defense Department, how do you see that fitting into those relationships as well as the larger strategy with Europe?

I think it could be the one strategic policy initiative that really changes the relationships between the US and its European partners. The Secretary and his colleagues on the Hill and elsewhere have spoken quite overtly about the substantial US investment in applied research and development into novel and high-end game-changing technologies.

They are on the record talking about their allies being able to buy in and access those technologies, but what they mean by that of course is that we become customers of the companies and their US government partners who are developing those technologies.

That could be problematic if we’re thinking about things such as national defense industrial bases. If the technologies are so significantly better coming out of the US than anything we’re developing in the UK or Europe and they’re so essential to our joint operational stances with the US and other NATO partners then presumably we’d have to access them.

Yet does that mean that we close down national programs or reconfigure our funding of national programs? So I think Third Offset is a hugely challenging area for the UK, and Europe more generally. I think the national governments in the UK and France and Germany and elsewhere are just trying to get to grips with the US policy stance.

What are some of the key areas of technology partnerships where the UK can connect with the US in this regard?

It could be right across the board. The great thing about research of course is quite often we don’t know where it’s going to go, so if we have a number of sponsored research programs running in the US, they could take us into places we haven’t even conceptualized yet.

To switch gears now, how do you foresee the implementation of the UK SDSR taking place?

The SDSR was a wonderful piece of policy making that had engaged an awful lot of people in the UK over a six month period that confirmed that, with a little bit of juggling, the UK will continue to spend 2 percent of its GDP on defense.

The UK would also promote the standard across its European friends and partners. What it did do in many ways though, with the exception of the P-8 [maritime patrol aircraft] purchase, it tended to confirm the programs and projects we already need.

So to point to new capabilities coming out of the SDSR we can only really talk about the Boeing P-8 purchase, I suspect, with any real confidence. Everything else was business as usual and known.

So I’m not a huge advocate of seeing SDSR as a game changer, or seeing it as a dramatic departure from where we were. I just see it very much as business as usual.

What would it take to break with business as usual and what might that look like for the UK?

I think we’ve convinced ourselves that this is now threat-led, so if the nature of the threats and the risks change dramatically, then potentially that could drive a different kind of investment. But again, this is not a short-term question. If we are changing our investment profile for defense, then that commits long term.

You can say that you are going to spend more but you still need the programs to be able to do it to get folks to respond to it. I don’t think it’s a matter of months — these take quite substantial lead times. I am not sure that the UK has much appetite anymore for boots on the ground.

I think that potentially could change the way we think of our land forces. Are they training and developing proxy forces, are they supporting other allies in more overt interventions?

The real question of what is the purpose of our armed forces needs to be addressed now and that is not an easy thing to do with the degree of vested interests we have in the UK.

You’ve recently written with RUSI on rising defense spending in Europe, but you also raised some concerns about how that money is spent. What are the big risks that you foresee?

I think there’s a real tension between what is national and what is European/international. If the nations are committed to spending more, and across the UAV [unmanned aerial vehicle] space there has been a slight uplift in spending, in many ways it must be a good thing.

But if it’s not properly coordinated and if there isn’t a level of coherence to that spending, then we’re going to have a degree of double-counting, double-investment, multiple investment that we’ve seen before and is not in the Europeans’ interests.

There has to be a much broader portfolio approach to the kind of investments other Europeans can make that talks to a much greater level of cooperation and joint requirement setting. That takes you all the way back to the long ranging argument that we seem to be having in Europe continually about what is the purpose of a European force structure, what should the force structure look like?

What should the European defense industrial base look like? How do we prioritize our spending across Europe, rather than just thinking in terms of national need? Those are hard political and programmatic questions to answer.

How do you rate the health of the UK Defense Industrial Base?

I think by sector, you would have to say that there’s a fairly healthy forward program for maritime platforms and capabilities associated with maritime. We have a forward program for joint air, both in the unmanned space with the French and what we’re doing with Typhoon and F-35.

Land systems I’m less comfortable with if I’m honest, because again we’re really struggling with what the British Army is for. The real question for me is what happens after those programs mature: are we going to think in terms of next generation F-35 because that seems a hugely costly enterprise to comprehend.

Are we going to rely on unmanned? Are we going to think more of standoff conceptually as being the way we want to do war in the future? All these questions need to be properly responded to and it seems to me that that should have really been the purpose of Strategic Defense and Security Review.

Game-changing civilian technology advances, particularly the Internet of Things, are capturing the attention of UK government for economic impact as much as strategic effect. How does this translate to the defense realm, this civilian sector innovation?

I think it’s huge but I think it is twofold. First, you’re right in that we need to re-conceptualize how we think of defense vs. civilian and commercial. Pretty much everything that’s being developed now you could apply to the battlefield as well as the defense and security spaces.

That sense of application and adoption becomes very, very important to my mind. Particularly given that a lot of our potential adversaries are very keen on adopting these kind of non-traditional technologies against us.

Second, because our supply chains and value chains are so complicated – there are whole ranges of technologies and components within them that we don’t really understand.

So understanding complexity at the component level is going to be incredibly important to us as well and I don’t see very many firms really getting to grips with that.

It’s going to be very difficult of course because you have a lot of companies now making investments and that are deliberately not putting a legal wrap around them when they mature because they don’t want to alert their adversaries to technologies that they’ve developed. So we have an awful lot of technology out there that isn’t being flagged and isn’t being mapped.

What do you expect the bigger defense headlines to be out of Farnborough this year?

That’s difficult! My sense is that people would really celebrate the arrival of a working F-35, let’s hope.

I think that would be hugely attractive. We have to get away from the cynicism of having the plastic model on the ground at Farnborough like last time. We have to have something that looks and smells and tastes like an aircraft.

I really hope we see something from Lightning II. The other question for me that may appear for Farnborough is in the unmanned space. We have the UK-France program, we have France, Italy, Spain, maybe the Germans thinking about what they should do in the space.

Are they similar programs, are they alignable programs? Between now and Farnborough we may start to have some clarity within the policy space and within the program space. If not, I think the uncertainty around unmanned will start to cast a shadow. 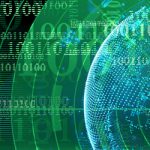 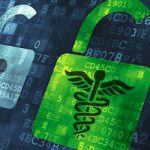