The upcoming International Defence and Security Technologies Fair (IDET) in Brno takes place during a decisive period for the Czech Armed Forces. This year historic decisions will likely be made that will determine Czech military potential as well as the capabilities of its defense industry for the next several decades.

The Czech Armed Forces, similar to the militaries of the other Central European countries, have been equipped with Soviet-era weapons systems that must be replaced now by NATO-capable hardware.

The Ministry of Defence (MoD) has made a few attempts to modernize its armed forces. But all of them failed due to limited budget resources, discontinuity in the modernization planning process, and changes to the priorities and vision underlying the future structure of the Armed Forces.

The Czech Rep. has been a member of NATO since 1999 and agreed to spend 2% of gross domestic product (GDP) on defense – and at least 20% of its defense budget on modernization.

The actual Czech efforts have fallen well short of these benchmarks. For instance, the country spent 2% of GDP on defense for the last time in 2003. Since then the allocation has been gradually decreasing.

By 2014 it had fallen to below 1.0% of GDP on defense and just 6.5% of total defense budget on development and procurement of new systems. Consequently, the Czech military faces huge modernization needs across all branches of the armed forces. 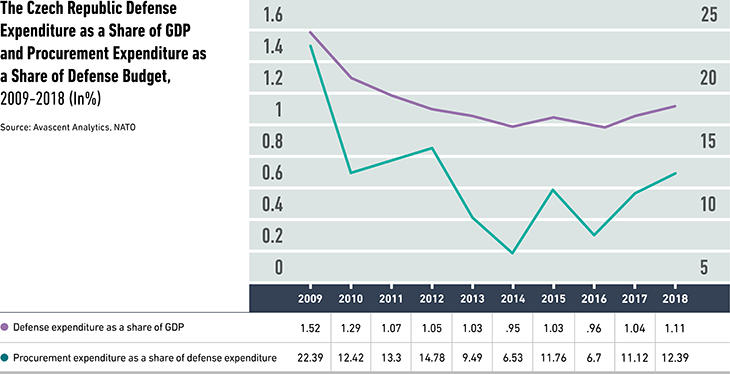 The MoD’s ambition is to fundamentally transform its armed forces:

Achieving this last goal will require the MoD to substantially accelerate the defense modernization process.

It is expected that by the end of the year the MoD will sign contracts to procure several long-awaited big-ticket programs, such as the tracked infantry fighting vehicles (IFVs), utility helicopters, and air defense radars.

The tracked IFV program, estimated to cost $2.3 billion, is the largest army contract in the current modernization agenda.

It consists of 210 modern well-protected IFVs, armed with 30mm cannon and an anti-tank missile system, to replace BMP-2 vehicles.

Due to the size of the program, potential IFV suppliers compete not only on technical capabilities and price, but also in scope of technology and production transfer to Czech companies, among which the state-owned VOP CZ plays a predominant role. There were four main contenders:

The contract should be concluded by the end of 2019, with the vehicles delivered between 2020 and 2025. Due to the Army’s requirement to carry 11 soldiers (3 crew members and 8 soldiers) and the more recently added request for a manned turret, only CV90 and LYNX can meet all of the MoD’s technical requirements.

However, it seems that the PSM consortium will most likely bring a case against the turret condition to court, which may further delay the long-awaited project’s execution.

Awarding the helicopter contract to American firms is one way to placate US concerns about level of the Czech defense budget given that low European defense budgets have been a particular irritant for President Trump.

The helicopter should have capacity for 4 crew members (2 pilots, a technician and a gunman) and the ability to transport at least 8 fully armed soldiers. The platforms considered were the

US companies are perceived to be the frontrunners after Prime Minister Andrej Babiš discussed the contract with President Donald Trump during his state visit to Washington, DC, in March this year.

Awarding the helicopter contract to American firms is one way to placate US concerns about level of the Czech defense budget given that low European defense budgets have been a particular irritant for President Trump.

The total Air Force requirement for new helicopters may grow to 30-35 platforms, as the Czech Republic also considers replacing the Soviet-era Mi-8/17s in addition to the Mi-24V/35s – a development that would provide further work and revenue for the helicopter suppliers.

In June 2018 the Chief of General Staff General Aleš Opata announced that the acquisition of a modern SHORAD is one of the top procurement priorities. The Army plans to purchase eight Israeli ELM 2084 3D active electronically scanned array (AESA) multi mission radars (MMR).

However, the acquisition process has been disrupted by the National Cyber and Information Security Agency, which questioned the radars compatibility with NATO infrastructure. The Army is working on finding a solution to integrate the radars with the Czech and NATO air defense ecosystem.

Solving the radar issue is critical for another big modernization program as the MMRs acquisition is a precondition for replacement of the Soviet era 2K12 Kub SHORAD. The Army will buy 4 air defense batteries with an engagement range of about 50 km.

The SHORAD system will be used against aircraft, helicopters, cruise missiles and UAVs. The batteries and the supplementary vehicles should be based on the Tatra 815-7 8×8 chassis.

It seems that the German Infrared Imaging System – Tail/Thrust Vector-Controlled (IRIS-T SLM/SLS), the Norwegian Advanced Surface to Air Missile System (NASAMS) and the Israeli Surface-to-air Python and Derby (SPYDER) and Barak-MX are the leading contenders.

"The Czech Army is going to substantially strengthen its artillery capabilities by acquiring 52 new 155mm self-propelled howitzers and 62 self-propelled mortars."

The new howitzers should have an engagement range over 40 km based on the Tatra 8×8 chassis. There are a number of self-propelled solutions which meet the Czech requirements, but the MoD will most likely choose between the

The Czech artillery capabilities will also be supplemented by the acquisition of 62 self-propelled mortars to replace the ShM 85 PRAM and 120 mm M1982. Potential contenders are the

The Army will acquire at least 10 additional ScanEagle reconnaissance drones to operate with artillery systems and supplement existing ScanEagle and the RQ-11B Ravens UAVs. The MoD will also procure an undisclosed number of tactical combat drones to conduct ISR and close air support missions. There is a high chance that ScanEagle drones will be purchased in 2019 and the combat drones in 2021.

The Air Force will purchase two CASA C-295W aircraft to strengthen its transport capabilities and increase the number of C-295 platforms to six units. The C-295M fleet will be upgraded to meet the Single European Sky ATM Research (SESAR) requirements, as will the identification friend or foe (IFF) system.

In addition to procuring new weapons systems, the Armed Forces intend to make considerable modernization efforts on some of its major platforms. The JAS 39 Gripen fighters will extend its attack capabilities to engage ground targets with precision-guided munitions (PGM) and upgrade the IFF system to Mode 5 by 2020.

The next modernization phase will consist of integrating new types of air-to-air and air-to-surface missiles, including GPS guided munitions, which will allow the aircraft to engage targets in all-weather 24-hour conditions.

Fire control, communication and the engine systems are also due for an upgrade. It is questionable, however, whether pursing this additional modernization is cost-efficient given the limited remaining service life of these MBTs.

Prime Minister Andrej Babiš pledged to almost double the defense budget by 2024, which would enable the Czech Rep. to reach the NATO 2% threshold. Such a steep increase, however, is unlikely considering the country’s internal political situation. Instead, Avascent Analytics projects that the Czech Rep. will be able to allocate no more than 1.7% of GDP to defense by 2024. This percentage corresponds with a total defense budget of slightly more than US$23.8 billion over the 2019-2024 period, including US$4.6 billion for procurement.

This level of defense spending will not be enough to cover all of the MoD’s requirements but seems sufficient to cover the most urgent priorities such as IFVs, multi-role helicopters, artillery systems, and SHORAD.

The main obstacles to implementation of the defense modernization agenda are mostly political. The Czech general elections in 2017 were won by the anti-establishment and populist ANO party led by Andrej Babiš.

After an eight-month long intensive negotiation, ANO and the Social Democratic Party formed a minority government supported in the parliament by the Communist Party. Given such a diverse coalition in a fragmented parliament, the minority government may struggle to build the consensus necessary to implement such a costly and complex defense modernization agenda.

The MoD is on the verge of making procurement decisions that will determine the effectiveness and lethality of the Armed Forces for decades to come. The financial allocation for defense should support a more rapid modernization process, but the fragility of a fractious governing coalition threatens to derail this ambitious agenda.

Czech defense officials therefore have a relatively narrow window to make the key procurement decisions while parliamentary support and funding is available. Sustaining the defense modernization program in the absence of domestic political unity will require an uncommon degree of will and dexterity by the Czech national leadership.

The remainder of 2019 will be a test of their seriousness and commitment to make military more capable and compatible as a NATO-member force. 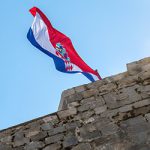 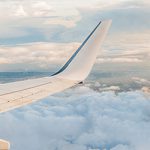