FYDP 2019 Defense Spending Prospects Look Good in the Next Few Years, but Will Face Long-Term Problems

After that, the Department forecasts steady growth from FY 2020 to FY 2023. The ten-year forecast for overall national security spending sees a similar trend out for the full ten-year window of the budget request.

Avascent’s view is that this forecast is both too pessimistic in some areas and too optimistic in most. As we will lay out below, we believe that spending in the near-term will likely be higher than what is found in the FYDP 2019, but lower once DoD gets to FY 2023 and beyond.

Avascent’s view is that this forecast is both too pessimistic in some areas and too optimistic in most. As we will lay out below, we believe that spending in the near-term will likely be higher than what is found in the FYDP 2019, but lower once DoD gets to FY 2023 and beyond.

In the near-term, the passage of the Bipartisan Budget Act of 2018 makes us more optimistic about spending in FY 2020 and FY 2021 than simple inflation growth above the FY 2019 levels. First, Congress will need to revisit spending for FY 2020 because the caps from the 2011 Budget Control Act (BCA) remain in place.

Given the recent shift among conservative Congressional Republicans towards more accommodating positions on spending, the task of the White House rounding up the votes for deals to increase discretionary spending seems less daunting than it did even a year ago.

Even should there be a Democratic House of Representatives after the 2018 midterms, it is hard to see Congressional Republicans threatening shutdowns over spending legislation as long as there is a Republican in the White House.

In the longer-term, there is a significant risk that defense spending will face another downturn, as it is rare in historical defense spending for a buildup to continue more than five or six years.

The combination of these two risks makes us believe that sometime in the early 2020s, government spending will again contract and defense spending will not be immune, making our outlook for FY 2023 and beyond significantly more pessimistic than the current budget’s forecast.

As the Pentagon turns its attention to near-peer competitors like Russia and China, next generation development programs will take the forefront of the USAF priorities. However, pressure to develop next generation technology will likely crowd out current acquisitions, as higher-than-anticipated R&D costs constrain the Air Force’s defense budget.

The US Air Force needs to strike a balance between costly acquisitions, burgeoning R&D programs, and legacy aircraft upkeep, all of which threaten the service’s ability to maintain acceptable levels of readiness in FYDP 2019.

The US Air Force (USAF) is keen on developing advanced systems and weapons to ensure continued air superiority in contested environments beginning in 2030. This means focusing heavily on near term R&D programs that develop next generation capabilities, ranging from the next fighter jets and bombers to advanced space systems.

The charts take into account procurement and R&D funding going towards next generation capabilities, and how much growth these programs are expected to see in the next five years. These charts do not include unclassified spending

Although Air Force officials maintain that the program is currently on track, the B-21 program faces risk of cost growth given the complexity of developing a stealth bomber.

The true cost of the program is unknown since information regarding the bomber is classified, but the objective is for a unit price of $546 million per bomber (in FY16 dollars). Substantial growth in development or unit costs will put pressure on other parts of the investment program.

Budget pressures will likely force the USAF to maintain the current acquisition rate of 54 aircraft per year, just short of the service’s goal of 60 F-35As. As aforementioned, this will certainly be the case during the B-21 production phase, where one bomber is roughly equivalent to five F-35s.

The USAF shies away from calling the program a sixth-generation fighter, but it’s no surprise that the service is ready to develop the next F-35.

Given that the program was highlighted in the USAF’s Air Superiority 2030 plan, expect funding to significantly increase in the near term and continue past the current 10-year window, though production remains far off. The FYDP 2019 request contains a 500% increase in funding over the FY 2018 request, and we expect that number to continue to grow.

The Army’s FYDP 2019 budget aims to close major platform shortfalls in the near-term, and start a set of R&D investments to enable major acquisitions in the out years. However, there is high risk that the Army will not only struggle to shepherd so many programs through the acquisition process.

The Army’s record on major system developments since the 1980s is pockmarked with programs terminated prior to production. This means there’s a good chance that legacy platforms or those ready for production in the near-term will form the basis of the Army’s forces (and budget) for a long time to come.

New start development programs like Future Vertical Lift could be in for a tougher budget climate when they transition to production.

The FYDP 2019 Army Wheeled and Tracked Combat Vehicles budget sees a $1B spike in 2019 driven by 40 M1A2 SEP v3 upgrades for the European Defense Initiative and the purchase of 3 brigades’ worth of Armor Protection Systems.

Upgrades are likely to regress back toward half of an Armored Brigade Combat Team per year during mid-2020s due to budgetary pressure and fulfilment of urgent pre-positioning and European needs.

The FYDP 2019 budget does not forecast any additional AH-64E New Builds and sees UH-60M production halved in the outyears as focus shifts toward more affordable UH-60V upgrades.

However, at least 28 more Apaches are likely to be ordered in order to support adopted National Commission on the Future of the Army and Aviation Restructuring Initiative recommendations; meanwhile, industry pressure will likely prompt an exercise of some options in the newest Multi Year Procurement in order to maintain a build rate of 5-6 per month instead of falling to 3-4 per month.

Limited upside will be available in the outyears as both ITEP and FVL consume extensive portions of the Army Aviation budget.

The Army has acquired approximately 4,500 Hellfire-equivalents per year over the last few years, but the FYDP 2019 budget sees acquisition numbers decline toward 2,700.

Considering the Army is still facing a shortfall in Hellfire war stocks during a time in which it is adding Hellfire-launch capable platforms such as the Multi-Mission Launcher and the M-SHORAD vehicle, expect acquisition numbers to hover around recent levels.

The FYDP 2019 budget sees a substantial surge of R&D spending in the first year of the budget in order to prepare modernization priorities for acquisition in the early 2020s, but then sees this spending steadily decline over the period.

Expect R&D budgets to remain higher in order for technologies key for combating near-peer adversaries to be sustained developmental programs through a highly-volatile Army development process which will likely be heavily stress by simultaneous acquisitions of multiple key technologies.

The U.S. Navy is stuck between force structure demands, the realities of shipyard capacity, and budgets. On one hand, a highly-publicized and congressionally supported 355 ship plan meshes well with the combat needs of a Navy that is constantly present in multiple theaters.

On the other hand, we believe that the boost in shipbuilding will be difficult to sustain, as budgets will struggle to keep up with planned ship orders. Defense planners should expect U.S. Navy budgets to remain a priority in the next four years, but for acquisitions to slowly diverge from the aggressive shipbuilding plan proposed by leaders, particularly in a few key programs to allow for Columbia-class submarines to be ordered as planned.

By law, it must lay out a plan that commits to an eventual 355-ship Navy. However, when expected retirements are factored into the equation, the plan itself boosts the battle force inventory to only 313 ships by 2028, and an ambitious 335 ships by the end of the 30-year window. Even at the most optimistic view of budget conditions, based on current trends a 355-ship plan is unrealistic.

A $2B investment by General Dynamics into its shipyards will allow the Navy to boost submarine production to three ships (two VA-class and one Columbia-class) per year, but it won’t be sustained on a long-term basis. Expect VA-class subs to drop down to one ship in some years when Columbia-class subs are also ordered.

The Navy requested that the final Littoral Combat Ship (LCS) be ordered in 2019, followed by a quick transition to orders of a future frigate in 2020, called the FFG(X). Expect this transition to be delayed and less frequent than the planned rate, likely beginning orders in 2021 at one ship per year.

The FY 2019 budget requests 24 F/A -18 Hornets in the next three years, lessening the necessity of immediate F-35C orders. Expect the F-35 to continue to slip from requested totals in the near term to allow for other priorities, before regaining orders starting in 2024. 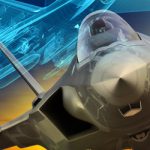 Getting Ahead of the Curve: Operational Insights at the Dawn of the 5th Generation Fighter EraPerspectives 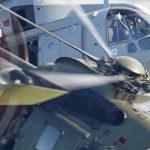 From the Analysis Desk: New UK Defence Equipment Plan sees Greater Funding for Procurement at the Expense of SustainmentPerspectives