With the Polish Ministry of National Defence facing major procurement decisions, as well as impending government acquisition reforms, foreign defence arrangements and overall Poland military modernization, all eyes will be on the 24th International Defence Industry Exhibition MSPO held next week in Kielce. Avascent analyses the decisions and their consequential outcomes facing the Polish defence sector.

Major procurement decisions in the next 12 months, as well as impending government acquisition reforms and foreign defence arrangements, are sure to shape the Polish defence industry for decades.

Poland is in the midst of its third Strategic Defence Review (SDR) since joining NATO in 1999, an outgrowth of the alliance’s Warsaw Summit in July that focused on what to do about a resurgent Russia.

Facing real air, sea and land military capability gaps, the Polish Ministry of National Defence (MND) must choose a sustainable path for the nation’s armed forces underpinned by a growing commitment of the nation’s GDP to defence.

Major procurement decisions in the next 12 months, as well as impending government acquisition reforms and foreign defence arrangements, are sure to shape the Polish defence industry for decades. How Poland invests for the coming years can also transform its entire military from a defensive-oriented one to a force whose capabilities will make Moscow think twice about taking any action against its neighbour to the west.

With that in mind, a lot is riding on the exhibition, which runs September 6-9. Perhaps the most important moment will come on the second day when Polish defence officials announce the technical modernisation priorities for 2017-2019. Industry attendees, both from Poland and from allied nations, may finally see discussion and debate shift to actual plans for military hardware acquisition.

The unveiling of a new defence plan may also assuage lingering concerns that the previous two SDRs were never fully implemented. Framed by the Warsaw Summit’s statement of support towards reinforcing NATO’s Eastern flank, the current SDR will provide a new threat assessment intended to form the basis for next year’s Technical Modernisation Programme (TMP) covering 2017-2026.

The new TMP should be based on more realistic financial and schedule assumptions than the previous one covering 2013-2022. Notably, the new SDR is expected to hold little back in characterizing Russia’s military posture and growing anti-access/area denial (A2/AD) capabilities as the greatest threat to Poland.

Consequently, this assessment is expected to drive up Poland military modernization expenditures while leading to new defence acquisitions and new foreign partnerships.

There is no better example of the need to address a daunting backlog of outdated and worn equipment than the Polish Navy — the most underfunded service of the Polish Armed Forces (PAF). Most combat vessels are at the end of their lifecycles and will be withdrawn from service very soon (e.g. refurbished Norwegian Kobben and Soviet-era Kilo-class submarines, or US Perry-class frigates and Gopło-class minesweeper).

Unfortunately for Polish sailors, despite the shortfall, budget reality most likely will not allow the Navy to fully implement its ambitious plans to procure 3 Orka attack submarines, 3 Miecznik corvettes and 3 Czapla patrol vessels. Instead, MND will probably focus its resources on conventional deterrence:

This underscores a clear doctrinal shift by the MND away from its strictly defensive posture towards an emphasis on offensive capabilities that could serve to engage or deter potential enemies, namely Russia.

To meet the extensive Poland military modernization requirements, Poland plans to increase its defence spending from 2% — it is only one of five NATO members spending 2% or more on defence today — to 2.2% of GDP by 2020. By 2030, this will rise to 2.5%.

Setting aside the feasibility of such growth (which is in question due to rising healthcare and welfare costs), the total defence investment budget would exceed US$38.3 billion over the 2017-2026 period. This figure includes US$34.8 billion for defence procurement and an additional US$3.5 billion for defence R&D.

But even US$3.5 billion may not be sufficient to cover all MND’s R&D priorities such as radars, missile technologies, precision weapons, directed-energy and electromagnetic weapons, information and communications technologies and unmanned aerial vehicles (UAVs).

With this shift by Poland’s military comes a growing need for foreign technical and financial assistance. This may also include potential spending tied to the EU Preparatory Action for the Common Security and Defence Policy (CSDP) related research and to future-oriented defence research programmes after Horizon 2020.

Therefore, the MND could become more open to procuring less sophisticated, cheaper and easier to produce in-country systems over state-of-the-art solutions from abroad. Such an approach would have substantial implications on the Polish defence industry and foreign suppliers.

Whether it is an opportunity or a challenge will depend in large part on the government’s next steps presented on September 7.

Focus on the Polish Defence Industrial Base

At a time of potentially significant change in Poland’s defence priorities, the government has sought to strengthen the position of its state-owned defence champion – Polish Armaments Group (PGZ). Priorities for Warsaw include the development of sovereign defence industrial capabilities, specifically tied to in-service support and modernisation of procured defence hardware.

The company itself sees Poland military modernization as a path to build capability in its subsidiaries and to integrate itself into the supply chains of global defence prime contractors.

This manifests in the company’s focus on transfer of technology and industrial participation as tools to catch up to Western partners.

The A&D sector is called to play a lead role in the national reindustrialisation strategy promoted by the Deputy Prime Minister Mateusz Morawiecki within the framework of the Responsible Development Plan (RDP).

In addition, the A&D sector is called to play a lead role in the national reindustrialisation strategy promoted by the Deputy Prime Minister Mateusz Morawiecki within the framework of the Responsible Development Plan (RDP) announced in February.

The RDP seeks to sustain long-term domestic economic growth through investments in R&D, innovation-driven industry and high-skill services-based sectors. In Morawiecki’s vision, the aviation and defence sectors can be key to transforming the Polish economy.

Writing a new chapter for Poland’s armed forces and defence businesses will be no small feat for the government. The MND is on the eve of momentous procurement decisions that interweave myriad international defence suppliers and sub-suppliers, R&D commitments and technology transfer components, among other issues such as defence offsets.

Yet Poland’s Armament Inspectorate is understaffed. It has over 400 employees who have to deal with about 800 projects. As a result, uncertainty looms over the timely and transparent implementation of such an advanced modernisation programme.

To compensate, a new defence procurement agency featuring broader competencies and a more holistic approach to acquisition could be set up as soon as 2017. However, this risks creating complexity to combat complexity. Expectations so far point to a year more of delay for a Poland military modernization programme that is already behind schedule.

Should all of Warsaw’s defence and economic ambitions at home come to fruition, there will be a meaningful impact abroad among Poland’s neighbours and allies. Traditionally, the Polish government offered marginal support for defence exports.

Recent deals show that Warsaw will need to be more proactive in courting buyers outside the region. One step toward this is the Regional Security Assistance Programme 2022 (ReSAP) for the Visegrad Group (Czech Republic, Slovakia, Hungary) as well as the Baltic States, Romania and Bulgaria.

The ReSAP framework allows the purchase of Polish-made weapons according to more preferable commercial terms. Though it is too early to assess ReSAP’s impact on Polish industry and regional security, it is worth remembering that such accords do not always lead to consummated contracts.

Cases in point are the recent decisions of Slovakia to withdraw from the procurement of Polish Rosomak armoured personnel carriers (APCs), and the Lithuanian Ministry of Defence to acquire 88 Boxer APCs from the German-Dutch Artec consortium.

The best alternative for Warsaw may be to look slightly farther afield — to the Nordic countries. A prime example of this collaboration is the potential common procurement of submarines with Norway or coproduction with Sweden.

Allied alignment with Poland’s view of the threat environment may lead to further defence cooperation down the road, making such partnerships truly strategic.

For the foreign suppliers attending the 24th International Defence Industry Exhibition MSPO, they will need to keep in mind that their way forward in the Polish defence market must rest upon a foundation of understanding of local industry.

The clock is running down for Polish defence officials who must make historic decisions that will determine the military potential of the nation’s armed forces and the capabilities of Polish industry for the next several decades.

It is clear, after repeated modernization delays and the execution challenges of the TMP 2013-2022, that coordination must improve between defence procurement policy and defence industrial strategy.

A new defence procurement agency may help synchronize efforts with domestic and foreign industry, but it is unlikely to quicken the tempo of badly needed equipment upgrades. Furthermore, the MND will not be able to buy its way out of the hard choices reconciling competing and urgent modernisation priorities.

Beyond policy, economics matter enormously. An open question sure to be on the minds of exhibition attendees will be which capabilities gaps receive attention first and which ones will be postponed for at least a decade. Warsaw’s ambition to turn the nation into one of NATO’s leading defence spenders, at least as a percentage of GDP, hinges on Poland’s economic outlook.

For the foreign suppliers attending the 24th International Defence Industry Exhibition MSPO, they will need to keep in mind that their way forward in the Polish defence market must rest upon a foundation of understanding of local industry, a holistic approach to sharing technical knowledge and work as well as the integration of PGZ’s subsidiaries into their supply chains. How quickly they can put that insight to use will depend on what is revealed on September 7 in Kielce. 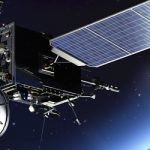