In April 2016, Saudi Arabia announced ambitions to source half of its defense requirements from domestic suppliers as part of sweeping industrial and innovation reforms to secure the Kingdom’s economic future, known as Saudi Vision 2030.

Similarly, other GCC countries have made headlines with notable investments in defense-focused development organizations (e.g., Emirates Defence Industries Company) and technology cities (e.g., Qatar Science and Technology Park). Such efforts are not limited to a select group of hydrocarbon-focused economies.

Across the Middle East and North Africa (MENA) market, countries intend to harness defense and aerospace technology procurements to build and strengthen their industrial base through significant investments and ambitious policies.

This regional phenomenon reflects a broader global paradigm shift. During the past decade suppliers from emerging defense markets (Brazil, Turkey, and South Korea, to name a few) began encroaching on markets traditionally dominated by US and European firms.

The trend belies the rise of ambitious industrial policies that endeavor to localize significant defense and aerospace production or mandate some degree of technology transfer. From Australia to Algeria to India, governments increasingly view defense industrial policy as a viable lever to channel defense spending towards economic growth, maintain interoperability with allies, and ensure surety of supply.

Partnerships and joint ventures between western OEMs and MENA market firms are increasingly common, with each headline describing the litany of expected economic benefits, from high-paying jobs to the emergence of new high-tech sectors.

While industrial participation programs in the MENA market are not a new concept (formal offset policies—trade compensation arrangements—date back to the 1980s), the decline in global oil prices has brought forward an urgent emphasis on policies encouraging economic growth and economic diversification.

Whereas historically, foreign firms benefited from inconsistent enforcement of offset obligations or their singular focus on employment, technology transfer and localization of capabilities are a precondition for many large defense sales in the prevailing economic climate.

Partnerships and joint ventures between western OEMs and MENA market firms are increasingly common, with each headline describing the litany of expected economic benefits, from high-paying jobs to the emergence of new high-tech sectors.

Despite a marked effort to create and support local industries, most countries’ report uneven results. Today, the competitive landscape in the MENA market is characterized by a mix of private and state-owned companies (e.g., MIC in Saudi Arabia), joint ventures between traditional OEMs and local firms, large holding companies operating as development funds (e.g., Mubadala in the UAE), and standalone defense firms.

Capabilities run the gamut of defense and aerospace markets, and quite a few boast a broad civil portfolio as well. However, in the defense realm, many firms maintain a legacy focus on a relatively narrow portion of the value chain: assembly and MRO.

The concentration of capability around certain elements of the value chain arises from the fact that although governments have begun to require localization and technology transfer, they largely defer to prime defense integrators and OEMs to determine which aspect of the work to onshore and which technology to transfer.

In this environment, global companies behave as one would expect: they maximize profitability and minimize risk identifying production and sustainment that limit disruptions to their established global supply chains, often eschewing meaningful technology transfer.

Current arrangements offer certain benefits to local economies. For example, the joint venture between Mubadala and Sikorsky to stand up AMMROC created a significant number of jobs in a sector of the economy outside of petrochemicals and established a credible MRO capability in the Emirates. While AMMROC has won orders from abroad and harbors real regional ambitions, the profile of its successes, most notably an AED 2 Billion contract to maintain the Emirates helicopter fleet, underscores the dependence on domestic government assignments.

The status quo that has grown out of current application of industrial policy poses several challenges to the emergence of a sustainable industrial base across the Middle East. Two of the most significant challenges indicate the potential lost long-term opportunities for MENA market countries:

By settling for touch labor in the past, countries missed out on the myriad opportunities offered by technology. In the case of aircraft sustainment, for example, OEMs often allow local industry to perform low-value touch maintenance in-country, which does indeed provide jobs.

However, this will seldom lead to a meaningful transfer of technology that involves the requisite training and technical data for local industry to perform system upgrades, lessen dependence on foreign OEMs for future modernizations, and contribute to a highly trained workforce with transferable engineering skills.

Because offset-driven investment decisions are often made by OEMs, limited emphasis is placed on identifying areas of long-term sustainability or local comparative advantage. The result is often the creation of companies or even microcosms of industries predicated on a single contract or platform.

With the role of local industry largely limited to platforms bought by that country, companies lack the scale (and often the differentiation) to compete regionally or internationally or expand their services to other platforms.

These “orphan” industries inevitably become dependent on state support when their role on a specific program ends, forcing governments to choose between artificially sustaining an inefficient industry, or letting the sector, and the jobs associated with it, disappear.

When the Emirates began to consider restructuring defense industrial capabilities across the UAE, this very dynamic—lack of scale and sustainable demand across the individual components of its defense portfolio—likely played a prominent role in the decision to consolidate defense holdings into a single company, EDIC.

When countries identify strategic areas of emphasis, they also open the door to adjacent growth opportunities in other civil and commercial markets.

So where does this leave governments across the region? Given the magnitude of their procurements, they have already secured some concessions from international suppliers.

But the very fact that these procurements are so large creates an enormous opportunity cost for countries that do not prioritize high-value market or technology areas when negotiating major buys.

It will come as no surprise to those involved in negotiating international defense sales that OEMs are reluctant or unable to give up valuable IP or significant workshare, often originally funded by their home-governments.

From the perspective of an OEM, giving up part of a platform’s valuable sustainment tail or potentially creating a competitor for future international sales looks imprudent.

Yet many MENA market procurements are so substantial that governments are in a unique position to negotiate for valuable workshare. Even with oil prices remaining below $70 a barrel, Avascent Analytics estimates MENA countries will spend over $300B on defense over the coming decade.

Of course, it is not viable for a country to develop a full portfolio of capabilities. Instead, countries can prioritize the development of a set of markets and enabling technologies through indigenization and technology transfer.

When countries identify strategic areas of emphasis, they also open the door to adjacent growth opportunities in other civil and commercial markets. Investments in satellite manufacturing driven by a military communications program can position a country’s local industry to play in the much larger commercial satellite market.

Likewise, investment in military aircraft sustainment can unlock significant spillover into commercial aerospace markets. In short, strategic and targeted defense industrial policy can maximize a country’s returns from procurements, in both defense and commercial markets.

Acknowledging the direct benefits of strategic industrial policies for Middle Eastern governments, international primes and OEMs can also benefit, given the right approach.

For one, the emergence of aerospace clusters could provide the requisite infrastructure for prime integrators to establish centers of excellence to serve regional customers, and support deployed friendly forces in the region. Morocco, for example, offers encouraging proof that targeted policy and cooperation by industry can be mutually exclusive.

Morocco’s government began prioritizing aerospace capability in the late 90’s, understanding that low cost of living and upcoming procurements (both for domestic military and regional commercial customers) provided some leverage over international OEMs.

By advocating for localization of manufacturing and expanded partnerships, Morocco secured a JV between Safran, Boeing, and local industry. Over time, this grew into a vibrant aerospace community, with Boeing announcing its decision to bring 120 suppliers into Morocco. Currently, the cluster accounts for nearly 10,000 jobs.

Additionally, OEMs that invest in meaningful capability in-country, either through a landed company or a partnership, in pursuit of a given contract, establish a strong position and customer intimacy for future contract pursuits, thereby minimizing business development and capture spend.

Business and economic advantages, to include lower labor and energy costs, should not be discounted either. These efforts occur within an evolving geopolitical and trade context, with governments worldwide seeking to “bring home” jobs and technology.

Defense industrial policies that emphasize mutual gains for both host and foreign OEM are best positioned for success; those that ignore broader considerations are likely to face political, regulatory, and other hurdles.

Equipped with robust data and analysis, both governments and global OEMs can take the requisite steps to optimize their respective returns from international sales.

With all this in mind, what needs to change for MENA governments to focus their defense industrial policy agendas?

As previously mentioned, growth-minded leaders across the region have already acted decisively to implement their economic visions. Indeed, it is not a lack of political will, but in fact, a lack of data that has limited governments’ abilities to strategically prioritize market areas.

At its most basic, industrial policy is predicated on thoroughly understanding the composition of a country’s industrial base, as well as how it compares to its peers and neighbors. Beyond that, achieving a granular view of current and future global defense spending and technology trends is critical to crafting policy that enables a country’s local industry to be successful beyond its own borders.

Avascent’s significant experience supporting the Canadian government, for instance, underscores many of these points. Ottawa has put significant thought, energy, and resources into understanding and leveraging defense spending for broader economic benefits. This is a dynamic and evolving process requiring careful nurturing and sustained attention, beyond a single decision or mandate.

Equipped with robust data and analysis, both governments and global OEMs can take the requisite steps to optimize their respective returns from international sales:

The MENA market shows that there are enormous long-term opportunities for governments that view data-driven industrial policy as a viable lever to channel defense spending towards economic growth, maintaining interoperability with allies, and ensuring surety of supply.

Partnership with industry is a cornerstone of that success, with a new generation of joint endeavors delivering local defense capabilities, economic and social benefits, from sustainable high-paying jobs to the emergence of new technology clusters. 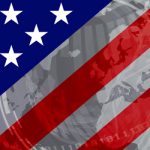 America First? US Defense Exports in the Trump EraPerspectives

THE SCORECARD: Allied Preparedness in an “America First” WorldPerspectives