Budget woes and LPTA are driving defense industry restructuring across the primes, however questions of scale and government unease regarding less competition may affect the evolution of this sector.

As the end of 2015 looms for the defense and government contracting market, Avascent sees the forces shaping the market that we discussed in our May services sector assessment, Breaking Bad or Good: Dawn of A New Era, growing in their potential to fundamentally reshape the industry sooner than most observers expect.

Given the more than $20 billion in defense deals during the first six months of this year, the pressing strategic question to consider is what exactly will the government contracting sector look like when this high-stakes phase is over?

Avascent maintains the view that the overall federal budget contraction, increasing use of LPTA contracting, and minimal industry restructuring prior to 2015 will drive significant restructuring. Current conditions will force consolidation among services contractors seeking to grow in scale, while wringing out excess capacity in the market.

For large diversified contractors, these firms will likely shed their services lines of business as these operations neither add to their bottom-line nor generate meaningful revenue growth. This services-sector restructuring is likely to kick off a broader realignment of the defense industrial base as companies build out their core businesses with new capital from sales and spin-outs.

One can imagine a future defense base made of a class of larger and almost pure-play services contractors on one side of the market, and product and systems integrators with leaner and mission-focused services operations on the other side.

Since Avascent released its May 2015 services sector assessment, there have been significant movements that support these dynamics, which will define 2016 as well. Below is a quick review of the major corporate M&A activities shaping the market this year.

The crucial question for the executives of leading services corporations is: What is the appropriate scale?

For services companies, their current investment thesis appears to be driven by management’s desire to get bigger. The crucial question for the executives of leading services corporations is: What is the appropriate scale? At the top end of the market, Leidos has more than $5 billion in annual revenue.

Meanwhile, CSC’s spin out of its Public Sector business into a new corporation to be named Computer Sciences Government Services Inc. (CSGov), along with its potential acquisition of SRA, is expected to create an entity with over $5.5 billion in annual revenue.  Based on Leidos’ public statements, it appears the company will seek even greater scale than it currently enjoys.

But at what point does scale potentially begin to work against services companies? Within specific contracting communities or focused market segments (e.g. the U.S. Navy’s Naval Air Systems Command or the U.S. Army’s Communications Electronics Command), many government customers still want real choice among contractors: Government customers can become leery of having too many outsourced contracts under a single company’s control.

Whether that number is 20% share or 50% share depends on the specific customer and its needs. At some point a large services contractor faces increasingly smaller market growth opportunities as they reach these invisible ceilings within the various contracting communities they support.

As their current strategy succeeds, publicly traded services contractors could start to trade at a discount due to their more limited growth prospects due to this market constraint. One benchmark at which growth will become harder for scaled services enterprises could be the $10B in annual revenue that SAIC reached prior to splitting into Leidos and SAIC. Above this revenue level, business areas may have difficulty generating sufficient new business to continue to propel growth and avoid cannibalizing business.

U.S. defense officials voice growing unease with possible consolidation among prime contractors because of its potential negative impact on competition.

For the largest product and integration companies, their strategic goals may also be constrained by their customers — at the policy level. U.S. defense officials voice growing unease with possible consolidation among prime contractors because of its potential negative impact on competition.

“If the trend to smaller and smaller numbers of weapon system prime contractors continues, one can foresee a future in which the department has at most two or three very large suppliers for all the major weapon systems that we acquire,” said Frank Kendall, Under Secretary of Defense for Acquisition, Technology and Logistics, during a September briefing with reporters. “The Department would not consider this to be a positive development and the American public should not either.”

Services business spinoffs will play a key role in how prime contractor CEOs and boards of directors evaluate their strategic choices and whether they want to test this administration’s position on further prime contractor consolidation.

While attention is on the expected closing of the Lockheed Martin acquisition of Sikorsky, the outcome of the ongoing “strategic review” of significant portions of Lockheed’s Information Systems & Global Solutions (ISGS) business should not be overlooked for its far-reaching implications.

Speculation of a potential tax-free transfer, known as a Reverse Morris Trust, of over $4 billion in IS&GS assets to one of the leading services contractors would certainly establish a clear leader in the race to achieve scale in that market.[1]

If successfully accomplished, it could spur other diversified prime contractors to consider similar moves in the attempt to focus on the business lines they believe represent the best long-term bet.   Northrop Grumman’s recent reduction of major business units from four to three can be seen as a step in this very direction.

Other pending activities in the market include: The potential sale of BAE Systems Inc.’s Intelligence & Security business, CSC’s spin out of CSGov, and the potential merger of CSGov with SRA International upon the spin out of CSGSI.

Other Issues Key to the Industry’s Future Structure

In the near- to mid-term, however, executive management should make time to consider four areas key to an organization’s long-term strategy:

By no means do we answer all the key questions facing executive management in this piece — and there are many more worth exploring: As there may finally be a glimmer of growth looming within the core of the government and defense contracting market, could this also accelerate focus on core markets?

Will government and defense contractors finally stop pretending to diversify into commercial markets?  As growth prospects in the U.S. reach a sort of parity with those in international markets, will that intensify attention and inorganic investments on U.S. customers, especially given the complexity and difficulty of international markets?

In addition to seeking scale, will the services market also see a further segmentation across high-end engineering services and low-end technical services?
Each firm will arrive at its own answers to these questions. There is no one right answer or a single correct conclusion.

Yet for management to chart a sensible course requires understanding the long-term implications of the services segment’s strategic choices in the coming year — and the role such decisions will have in shaping the future structure of the U.S. defense industry.

[1] A Reverse Morris Trust or RMT is a tax-avoidance strategy, in which a corporation wanting to shed assets can do so while avoiding taxes on any gains from those assets, through the selling company creating a subsidiary that then merges with the external buyer.  This subsidiary then issues shares to the shareholders of the selling company and transfers the assets.  (Source: Investopedia) 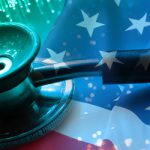 The Doctor is in at DHS: Targeting the Department of Homeland Security as a Healthcare CustomerPerspectives 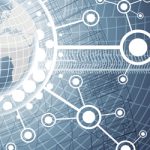