Avascent on the Record: AUSA 2018 Recap

This year’s Association of the US Army conference highlighted an Army that is debating its role, priorities, and procurement strategy as it pivots from counterinsurgency operations toward conventional conflict.

It also featured the Army trying to reinvigorate its industrial base through a focus on its eight major priorities:

Senior Market Analyst Hamilton Cook sat down with Senior Associate Kelleigh Bilms and Managing Directors Tim Stanos and Tim Wickham to discuss all the goings on at the conference, including the Army’s future procurement plans, what they saw from industry exhibitors, how the Army’s Cross-Functional Teams acquitted themselves, and what trends they expect to see emerging over the next years based on what they saw at AUSA 2018. 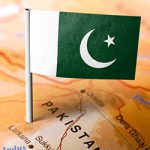 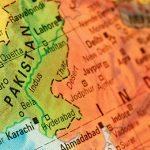 Avascent on the Record: Standoff in South Asia: Implications for Procurement in India and PakistanPodcasts