Connected Aircraft / Disconnected Airlines, Part I: The Future of eEnablement

The aviation world is abuzz with new in-flight connectivity concepts promising dramatic benefits to airlines. Yet if the industry continues to focus on the flashy technologies while ignoring holistic business strategies, both airlines and suppliers will miss their chance to differentiate as agile, efficient players and may even risk their own financial future.

Airlines that have not adopted eEnablement strategies within five years will find it difficult to exist.”–Captain Hilmar Baldursson, VP of Flight Operations, Icelandair

The latest and greatest concept looking to take hold within the airline industry faces an identity crisis. If not resolved quickly, this crisis could compromise billions of dollars in investment and hinder substantial and much-needed efficiency gains for the aviation community; it would ultimately serve as yet another spectacular example of an industry-wide technical initiative gone wrong. The massive influx of new technologies connecting aircraft “nodes” with the broader aviation ecosystem has on the one hand been impressive.

Yet with a dizzying number of products and buzz words captivating siloed, “technology-first” airline departments, holistic strategic and business outcomes have been overlooked. Although the full benefits of a holistic airline eEnablement strategy are real, they require considered analysis and disciplined planning to achieve. Of those stakeholders that have tried, failures are all too common. Meanwhile, the fear of failing on such a grand scale has paralyzed many others. Ultimately, eEnablement is an organizational and technical challenge unlike any other initiative that the industry has faced. It will require both airlines and suppliers alike to reexamine “business as usual” in order to deliver the agility and efficiency necessary to succeed in the 21st century.

Whether described as “The Connected Aircraft,” “The Networked Aircraft,” “Cabin Connectivity,” “In-Flight Connectivity (IFC),” or the “e-Aircraft,” – just to name a few of the popular buzz words – the rapid introduction of advanced IT systems on-board aircraft has made airlines eager for new operational efficiencies and financial gains. In turn, industry has answered with exciting new technologies that improve communications and create mountains of data. Yet for every potential end-user (e.g., passengers, flight crews, airline operations support) and for every aircraft supplier with a component to “connect,” there are wildly different organizational imperatives and perceptions of how to actually establish, harness and manage these new data sets and networks.

Too many airlines want to turn off “Big Data” because they are struggling to find any intrinsic value in the terabytes of data driving up 787 ACARS bills nearly 20 fold.

For instance, aircraft OEMs have been eager to collect data and leverage analytics from the airframe and key systems, in an attempt to offer “Big Data” solutions for airlines. Boeing in fact first coined the “eEnablement” concept back in 2003 during the launch of the 787. Yet today, too many airlines want to turn off “Big Data” because they are struggling to find any intrinsic value in the terabytes of data driving up 787 ACARS (Aircraft Communications Addressing and Reporting System) bills nearly 20 fold. Exacerbating this tension between OEMs and operators, many suppliers focus too narrowly on product-based technologies that “connect the aircraft” and create data, while airline customers have little sense for how to turn data into actionable intelligence. A challenge that remains for all interested parties is to identify, prioritize and then pursue the many compelling strategic and business reasons for “connecting the airline.”

This paper argues that eEnablement is not just about connecting new systems, as the OEMs see it. As the name suggests, it is truly about enabling specific outcomes: timelier, better-informed, collaborative decisions, as well as superior operations via the delivery of “actionable intelligence” across the airline. When viewed as a holistic approach with these types of outcomes in mind, eEnablement has the potential to usher in a fundamental shift that the entire industry has sought for a long time.

In its truest form, eEnablement is not just another “technology-first” program like Digital Data and Electronic Flight Bags (EFB) that have come before it. Rather, it is driven by well-defined business outcomes that are part of an overarching strategy for the entire organization. eEnablement is a means to build operational efficiency, capability and financial gain, all via data creation, subscription, analysis, consolidation and value-added capabilities that extend across all airline divisions. A structured process, an understanding of cultural and organizational nuance, and experience are all underlying necessities to extract value from the rapidly expanding data troves available to airlines, both today and into the future.

Boeing’s 787 and Airbus’s A350 have of course laid the groundwork for eEnablement, yet many operators have begun to realize that operating next-generation aircraft alone does not make an airline eEnabled. It is not only an immense challenge to manage the half-terabyte of new data created every flight, but running these “connected” aircraft alongside “unconnected” legacy aircraft has added significant complexity to airline operations. Despite OEM’s aggressive production schedules, new-build eEnabled aircraft will only represent roughly 35% of the in-service commercial transport fleet in 2025.1

New aircraft types and the data they produce, as well as the legacy fleets, cannot exist in isolation if an airline is to reap the benefits of eEnablement. It is entirely possible to create a seamlessly connected fleet, and an eEnablement strategy will allow airlines to realize the value in doing so.

“Airlines that have not adopted eEnablement strategies within five years will not exist.” Although Captain Baldursson’s view may be overstated, it underscores the cutthroat nature of today’s airline industry. While growth in air travel demand is responsible for nearly doubling global airline revenues over the last decade, from $379B in 2004 to $751B in 20142, ever-increasing passenger volumes have overwhelmed airports and airspace. Airlines must now differentiate from competitors through highly efficient operations and exceptional customer service. Despite major advancements in airspace management technologies (including SESAR and NextGen in Europe and the United States, respectively), congested air transport infrastructure is already the norm. By 2034, 7.3 billion passengers are expected to flow through airports, more than doubling the current 3.3 billion passengers that traveled in 20143. eEnablement will be a critical tool for managing an airline’s response to this demand.

Resulting operational efficiencies not only translate to bottom-line improvements, but they also support top-line growth as passenger confidence in the airline improves.

eEnablement is not just about connecting the myriad airline assets and stakeholders, or “nodes,” in a network; it is about understanding the relationships among these nodes and how data exchanges among them can add value to operational and strategic outcomes and deliver intelligence. The critical importance of an airline’s relationship with the passenger (or more accurately, the relationship between the aircraft and the passenger) has been clearly illustrated through the prioritization of Cabin WiFi installations. These early In-Flight Entertainment (IFE) initiatives have shaped most perceptions of eEnablement thus far. However, many more airline relationships are poised to benefit under a cohesive eEnablement strategy.

The further that eEnablement programs can extend beyond just the passenger, the higher the effective value of the overall system: that is, the ability to create airline intelligence via new data that is shared amongst and across nodes. Resulting operational efficiencies not only translate to bottom-line improvements, but they also support top-line growth as passenger confidence in the airline improves. However, as each new node is introduced, there often comes a new expectation for what eEnablement should offer and how it should be implemented – reinforcing its overall identity crisis and hampering many audacious programs to date.

Where Are We Now – And Why?

787s versus A350s; Ka-band versus Ku-band; the proliferation of new “connected” aircraft and high-speed networks is increasingly placing eEnablement at the forefront of the industry. However, long-standing norms that drive typical airline, supplier, and project management behaviors have posed challenges for many new eEnablement-related endeavors.

Although many notable project failures embody a combination of all three, the following anecdotes better explain the nuances of each particular issue on its own:

Knowledge is power – and the competition between divisions to regulate the flow of that information is an all too common reason for eEnablement failures.

Although critical to the success of an airline, day-to-day functional imperatives at the division level can often overwhelm leadership groups, to the point where separate, uncomplimentary missions are prioritized within each division ahead of collaborative airline goals. At many airlines, for instance, the data-centric nature of operational functions often pits groups like Avionics Engineering against IT for control of programs that connect with the corporate network. Similarly, Flight Operations groups may see eEnablement purely as a tool for connecting the crew, and the crew alone. As all groups focus on hitting respective benchmarks, knowledge is power – and the competition between divisions to regulate the flow of that information is an all too common reason for eEnablement failures.

Suppliers are equally burdened by their own ingrained set of norms that have compromised eEnablement. Long concept-to-product lifecycles, borne out of rigorous aircraft quality and safety standards, are immensely challenging to work through when many technologies must be developed to meet airlines’ exacting short-term planning horizons. Equipment providers are left to try to read the market and race through development, hoping airlines will catch up and find use cases for technology that has already been invented. In many cases, suppliers with a niche in a specific functional area have developed “preferred relationships” with the functionally-aligned airline department thanks to enticing shiny boxes. These relationships have helped suppliers mitigate against product lifecycle challenges and sustain the top-line; however, using relationships to sell into undefined business problems only reinforces airline divisional fragmentation and may lead to millions of dollars in wasted investment.

A critical consequence of letting “business as usual” attitudes take hold is that overall project management often suffers. Airlines of course recognize that they must innovate or cede market share, while suppliers seek to make a lasting, positive impact for clients. Yet both must contend with chaotic and fragmented day-to-day activities that easily distract management from coordinating on longer-term strategic goals.

Such failures have detrimental effects on airlines and industry alike. For airlines, wasting hundreds of millions of dollars in capital hampers their ability to compete for increasingly conscientious passengers that demand exceptional service. On the supplier side, poor reputations spread quickly, and relationships can be dramatically tarnished – a major dilemma when faced with very few new-build aircraft to position for. The result is overall risk tolerance decreases to the point where airline executives fail to approve future projects of import, while suppliers’ willingness to innovate is heavily disrupted. Yet despite the litany of consequences that are by now familiar, failed endeavors continue to emerge. Unfortunately, both sides repeat the same approaches in hopes of a different outcome.

Where Do We Go From Here – Key Recommendations

Improving the success of eEnablement does not hinge on better technology. The wide spectrum of connectivity products available today is already impressive enough to meet airline needs, but gadgets and terabytes of “Big Data” alone cannot deliver the desired outcomes of true eEnablement. New organizational and strategic approaches are needed, where solutions are built around desired business outcomes that are unique to each airline’s market position and operating disposition.

When an airline CFO recently learned that his airline had three different Satellite Communications capabilities originating from three different departments, his bewildered response – “Do we?” – is indicative of the overwhelming need for new approaches to eEnablement. The true operational and financial benefits of an eEnabled aviation ecosystem are still years from being fully realized – yet careful planning must be a near-term priority in order to ensure long-term agility and success.

Captain Michael Bryan is a Principal at Closed Loop. Philip Benedict is a Principal at Closed Loop focusing on customer eEnablement and EFB strategies. Closed Loop Consulting is a niche global aviation consultancy focused on the successful delivery of financially sound, strategically conceived, business driven and sustainable project, program and change outcomes for the operational divisions of the aviation industry. 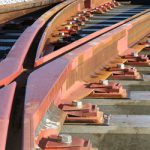 Breaking Bad or Good: Dawn of a New Era for the Defense Sector?Perspectives 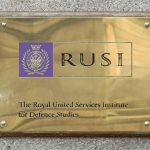