This piece also appeared on RUSI.

After decades of piecemeal consolidation and interlocking alliances, Europe stands on the precipice of a major defence industrial shift.

The choices made by politicians, generals and executives in the next couple of years will determine the future structure of the European defence industrial base and its contribution to the European and global security environment for decades to come. These decisions, however, must be made by breaking with tradition to develop a new understanding of defence industrial sovereignty within a truly common European defence.

Most governments define their role vis-à-vis their respective defence industries across three dimensions: as customer, sponsor and regulator. The state’s role as customer is shared – albeit with differences in scope and approaches – across European partners. So is the role of sponsor, particularly in support for exports, though few countries can rival the cohesion and effectiveness of the French state apparatus. Where views and actions across Europe have traditionally diverged most significantly is in relation to market regulation and state ownership. (In the case of France, the state’s prerogatives also extend to its role in strategic-policy setting – l’État stratège – and as shareholder, seen as distinct from its role as regulator.)

At the core, differences over the state’s regulatory powers are rooted in interpretations of sovereignty. As is often the case, history unites and divides Europe.

…liberal-market conviction undiluted by a long-term strategic vision is as harmful to Europe’s defence industry as is sacrificing industrial competitiveness on the altar of a Gaullist ‘certain idée’.

Britain, for example, is shaped by its own historical march on its side of la Manche. Never invaded or occupied, it has felt – in Jean Monnet’s words – ‘no need to exorcise history’. That explains in large part why Britain can simultaneously accept, and depend on, ‘foreign’ defence suppliers while resisting defence ‘entanglements’ in mainland Europe. In reality, liberal-market conviction undiluted by a long-term strategic vision is as harmful to Europe’s defence industry as is sacrificing industrial competitiveness on the altar of a Gaullist ‘certain idée’. Today’s European defence industry urgently needs both France’s vision and Britain’s common sense – a solution long understood by a Germany content to play second fiddle in an often cacophonic European concert.

Europe’s defence industry is at a critical crossroads. The last two decades were shaped by parallel waves of national consolidation and cross-border strategic alliances; the next two will require a new strategic orientation.

It is important to remember how much has changed in so little time, particularly for an industry whose product cycles are measured in decades. In 1995, there was no EADS or BAE Systems, and Airbus Industrie – with a 30 per cent share of the global commercial-aerospace market – was still a consortium. State-owned Thomson-CSF had yet to become Thales, while Finmeccanica was an emergent national conglomerate struggling under the tutelage of its shareholder – the debt-ridden Italian government. Nexter and DCNS had yet to emerge as independent state-owned companies from France’s GIAT Industries and DCN, grouping respectively the defence ministry’s land and naval industrial assets. Across the Rhine, the merger of Thyssen AG and Krupp was still four years away and Rheinmetall Berlin AG remained a highly diversified company. Further north, Saab was a name more readily associated with manufacturing automobiles than airplanes.

By 2005, Europe had caught up with history and joined the post-Cold War wave of defence mergers, resulting in today’s industrial makeup of largely national champions. With BAE Systems having already confirmed its strategic focus on expansion in the US, the rest of mainland Europe pursued continued co-operation on the basis of the European joint-venture model. Such cross-border alliances of convenience proved particularly attractive throughout the 1990s and 2000s as a compromise between the desire to increase co-operation on European defence programmes and continued reluctance to break down national regulatory barriers.

With shrunken national budgets across most defence sectors, little desire for multinational programmes and a rapidly globalising high-end defence market, Europe’s future as a producer of defence innovation is at risk.

Ten years on, the leadership of Europe’s defence industry faces a distinct challenge with far fewer options than in the past. With shrunken national budgets across most defence sectors, little desire for multinational programmes and a rapidly globalising high-end defence market, Europe’s future as a producer of defence innovation is at risk. The fact that Europe produces more variants of main battle tanks (MBTs), armoured fighting vehicles, fighter aircraft, trainers, frigates and submarines than the US – but with only a third of its budget – is not merely a concern for Europe’s internal defence market aspirations, but a key threat to European industry’s long-term competitiveness. Numerous recent examples of international competitions in the fighter, missile and helicopter markets underline the costs and long-term risks of Europe’s fragmented industrial base.

It is commonly understood in European defence that the consolidation of demand is intrinsically linked to the consolidation of supply. Economic logic suggests you cannot have one without the other. More often than not, it is the demand side that has led changes on the supply side. The vast majority of European multinational programmes have followed a pattern of industry trying to respond to some politically conceived project. Joint ventures proved ideal in that regard, allowing companies to join forces on a particular effort while forcing none of the hard internal decisions about cost optimisation.

Even where the principle of juste retour has not been an explicit condition, the difficulty of managing and integrating different manufacturing activities as part of a unified cross-border programme has proved immense. The dynamics may prove more favourable in the case of the recently launched MALE 2025 drone project than they have been with the Eurofighter and NHIndustries consortia, but in the end, the challenges remain the same – and probably even more so today given that affordability and reduced time to deployment, rather than unquestioned technological excellence, are paramount for military customers.

In those rare cases where cross-border consolidation in supply has occurred first, harmonisation of demand has proved more feasible, if not necessarily easier to secure.

This all could soon be challenged as part of a new industry-led paradigm. In those rare cases where cross-border consolidation in supply has occurred first, harmonisation of demand has proved more feasible, if not necessarily easier to secure. The Future Anti-Surface Guided Weapon-Heavy (FASGW-H) missile being developed by MBDA for the French and UK navies is one such case of a single European player successfully making the business case for a shared capability between two allies. MBDA has managed remarkably well as an integrated company under multiple masters, but it remains a delicate political and commercial balance.

The proposed merger between Krauss-Maffei Wegmann and Nexter, to be known as KANT, has stirred serious speculation about a possible next-generation Franco–German MBT. The last time the idea of a common Franco–German MBT was seriously discussed, in the early 1980s, disagreements led both states to go their separate paths with two platforms – France’s Leclerc and Germany’s Leopard. This time, industry-led change stands a better chance of effecting needed policy and procurement change.

Europe stands on the cusp of major defence industrial decisions, requiring governments and ministries to embrace common stewardship of the region’s critical assets and capabilities. This is not about transcending sovereignty – a concern raised by many eurosceptics. Rather, it is recognition of the urgent need to redefine national autonomy in relation to critical European defence capabilities. European governments can continue maintaining the fig leaf of national sovereignty in defence, or they may empower their industries to lead Europe away from the threats of stagnation and irrelevance. 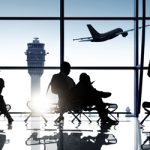 Connected Aircraft / Disconnected Airlines, Part I: The Future of eEnablementPerspectives 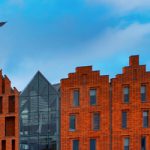