Europe’s system of interlocking ownership structures has been a long-standing feature of its defense industrial sector. While such an industrial approach made sense during an era of active government interventionism, a new commercial rationale is shaping the future of Europe’s defense industry.

After EADS and BAE Systems broke off their attempted merger just two years ago it seemed easy in the boardrooms of Europe’s defense firms to write off any hope for the kind of transformational corporate deals seen in other industries facing deteriorating demand. After all, this was not the only aborted attempt at national and cross-border defense industrial consolidation during the past decade that made even the keenest partners stop short of signing the papers.

Yet these failures are easily misread. Europe’s governments may have built the modern aerospace and defense industry, but today’s industry leaders are responding to new commercial dynamics and market forces that will shape the €96 billion sector’s future.

The inevitable first step for any meaningful consolidation of the sector is the realignment of Europe’s Byzantine and overlapping joint shareholdings. This trend deserves attention because it has the potential to transform the structure and character of the European defense industrial base for years to come. “Small is beautiful” is fast becoming the European defense industry’s mantra when it comes to devising simplified corporate portfolios.

Portfolio diversity comes at a high price during times of scarcity and intensified competition.

There are several reasons why European aerospace and defense companies are now turning their attention to the sector’s inefficient joint shareholdings. Firstly, portfolio diversity comes at a high price during times of scarcity and intensified competition. Achieving the required scale in core areas is impossible without downsizing the overall portfolio. Secondly, the sluggish decision-making related to jointly held assets and the lack of control over the fate of minority investments take a toll over time. The decision to exit or double-down thus becomes inescapable. Lastly, new IFRS rules covering the treatment of joint arrangements, effective as of January 1, 2014, means such investments can no longer be accounted for at their full proportionate value, lowering in most cases their potential contribution to a company’s profit and cash flow.

Already midway through last year, the CEOs of two of Europe’s largest defense companies were broadcasting their intent to focus on core business. The message was clear: jettison nonessential businesses while reining in or absorbing minority stakes. Gone are the days when EADS toyed with the idea of merging with leading German land systems provider Rheinmetall, or when Italian politicians schemed over a potential tie-up between Finmeccanica and Italy’s stateowned shipbuilder Fincantieri.

The decision by Airbus Group to optimize its defense and space portfolio around three core focus areas—space systems (launchers and satellites), military aircraft, and missiles—is a leading example. The strategy leaves no doubt as to CEO Tom Enders’ determination to exit longheld businesses, including interests in a range of joint ventures and affiliated entities.

The developments of the past few months underscore this commitment. Late last year, Airbus sold its 27% stake in Finland’s Patria Industries Oy (held since 2001, and majority-owned by the Finnish government) and cut its 46% stake in French Dassault Aviation (a legacy preceding the creation of EADS, dating back to the Mitterrand years of French government). Among the non-core companies put up for divestiture are two Germany-based joint ventures held in partnership with other European partners: Atlas Electronik, a €440 million leading naval electronics provider, and ESG Group, a €258 million software and IT systems provider to military and commercial sectors.

Management is not just executing a directive to sell, however. Enders wants Airbus to have majority control of MBDA, Europe’s €3 billion leading missile provider held jointly with BAE Systems and Finmeccanica. Indeed, MBDA might prove Finmeccanica’s first move into European industrial realignment politics as part of its latest efforts to streamline its portfolio.

Source: Avascent analysis.
Notes: The list excludes JVs outside the aerospace and defense arena (e.g., Ansaldo STS), smaller joint ventures in commercial aerospace (affecting mostly Airbus and Safran), and JVs involving non-European partners (e.g., TRS). The flags next to the listed joint ventures and associate entities denote the geographical location of principal manufacturing.
* Pentastar owns 55% of AvDef, a charter airline specializing in transportation and military training. Cobham owns the remaining 45%. AfDef is among the assets slated for divestiture by Airbus.

Newly arrived CEO Mauro Moretti lost no time in charting a new course for Italy’s largest defense player. Last summer, Moretti warned against Finmeccanica’s “too diversified portfolio,” stating his desire to “maintain my effort, particularly on the business that we can control for the future.” The industrial plan unveiled during Finmeccanica’s January guidance call was rich in intention, if poor in specifics.

In two cases, however, the writing on the wall was hard to miss. Space emerged as a core sector offering attractive growth in connection with “European launchers.” Missiles, on the other hand, seemed to hold an uncertain future seen through the narrow lens of the “Italian missile sector and its industry.” Recent reports that Airbus is looking to buy Finmeccanica’s stake in MBDA and that Finmeccanica is looking to increase its 14% stake in Avio (a key player in the new Ariane 6 rocket, among other programs) suggest change could be happening faster than previously expected.

Finmeccanica’s stakes in Telespazio (67% majority owner) and Thales Alenia Space (minority stake of 33%) could be next on the agenda. Created a decade ago, these joint ventures were initially seen as paving the way for a broader merger between their two principal shareholders—an idea routinely dismissed these days.

Thales and BAE: Poised To Act

This brings us to Thales, Finmeccanica’s partner on the above two space joint ventures and the other most diversified aerospace and defense player of Europe’s top four firms. Like Finmeccanica, Thales is an electronics company at heart, though it is beset by internal turmoil. This does not bode well for its ability to respond quickly to its rivals. A convoluted governance system designed to maintain the careful balance between the company’s two largest shareholders, the French government (27% stake) and Dassault (26%), is bound to create friction between their two respective protégés, Patrice Caine and Henri Proglio. Caine, the new CEO and right hand of former chief Jean-Bernard Lévy, is a company insider combining the rare traits of relevant industrial experience and relative youth, in contrast to Proglio, the new chairman and an outsider to Thales, having prematurely vacated his post at EDF late last year to make room for Lévy to take over.

If the experience of EADS/Airbus is anything to go by, Thales still has some ways to go before becoming a “conventional” company. Even after eliminating its two-CEO structure in 2007, EADS waited for more than five years before it could secure operational control from its two principal government shareholders and emerge re-baptized as Airbus.

However, it is only a matter of time before Thales is forced to address its minority stake in naval shipbuilder DCNS (now standing at 35%, with the French government retaining the rest). It must also address its complicated multiparty joint ventures, including ESG in Germany, held with Airbus, Rhode & Schwarz, and Northrop Grumman, as well as Thales Alenia Space and Telespazio. A serious portfolio assessment should also include TDA Armements, a €130 million fully owned business formerly held in a joint venture with EADS. TDA faces diminishing prospects in its primary domestic market as the proposed merger between France’s Nexter and Germany’s KMW nears its conclusion.

Just as new rules at the EU level are shaping market demand across borders, corporate executives are taking the lead in adjusting market supply.

Europe’s largest defense player, BAE Systems, is strategically absent from developments on the continent. Several years ago the company’s management extracted itself from European joint ventures, including selling its remaining 10% in Sweden’s Saab in 2011. MBDA is BAE’s last European joint venture of substance and is certain to preoccupy the company’s next CEO, once the successor to Ian King is named later this year. No doubt, the other major decision awaiting the future leadership of UK’s defense giant will be the restructuring of the Eurofighter consortium. This is a highly complex issue that helped trigger the merger discussions between then-EADS and BAE, and will require a different track of negotiations with Airbus Group management.

Toward A Sustainable European Defense Industry

Europe’s system of interlocking ownership structures has been a long-standing feature of its defense industrial sector. While it once made sense during an era of active government interventionism, it is far less relevant to today’s defense CEOs attuned to market and commercial forces. This does not mean joint ventures have no place in the European aerospace and defense industrial landscape—newly created Airbus Safran Launchers being a case in point. Nor will governments cease to be significant actors—as both customers and regulators. Rather, it is a new commercial rationale shaping the future of Europe’s defense industry. Just as new rules at the EU level are reshaping market demand across borders, corporate executives are taking the lead in adjusting market supply. Through improved governance and more focused portfolios, Europe stands a better chance of creating a sustainable defense industry. 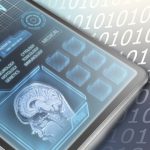 Selling IT Security to the Health IndustryPerspectives