Quantum computing could revolutionize major target industries such as financial, oil & gas, aerospace and biotech, in ten to fifteen years.
Firms that understand this, and adopt the technology sooner rather than later will be poised to dominate their respective markets.

When quantum computing made Time magazine’s cover story in February 2014, it served as a reminder that public expectations of this technology are vast and varied. Profound questions remain as to quantum computing’s potential, as well as its ultimate impact on the economy and society as a whole.

These questions concerning exactly what quantum computing can and will do pose challenges to a wide range of firms that work in or rely on analytical computing. Businesses must consider how to harness a potentially game-changing paradigm shift that is still a decade away from being commercially scalable. Meanwhile, the nascent quantum computing industry must demonstrate that its innovations can create value in the real world, not just abstract advances within labs and research centers. Companies that provide analytical software and services must identify when the technology will be sufficiently mature to develop into customer offerings. Each of these groups need to develop a quantum computing strategy that factors in its direct market impact while accommodating the possible second-order commercial effects of this new technology.

Quantum computing will not be adopted in a linear fashion. Given expectations around cost and complexity, implementation is likely to happen at different rates. The speed of this shift for any given industry depends on the ease of implementing quantum computing and the competitive advantage it offers early adopters.

In some cases, firms will integrate quantum computing into their business models quickly and on their own in order to differentiate themselves from their competitors. Industries such as pharmaceuticals, logistics, oilfield services, and tech applications services should be among the first because more computing power can be understandably applied in a manner that supports a clear business case for investment and differentiation from rivals.

The larger pool of potential commercial customers for quantum computing, however, is less likely to adopt the technology in its raw form. Many of these firms will lack the technical ability to develop their own software tools to leverage increased computational power. Being more cost sensitive to technology investment as well, they will rely instead on software providers that can bring to market affordable industry-specific tools, applications, and services with easily seen and understood benefits.

The potential to dramatically improve analytical computing will reward early action and hinder the prospects of those who choose to lag behind.

The sooner a company makes the decision to move toward quantum computing, the better prepared it will be to leverage this technology. When the Internet and mobile telecommunications led to a rewriting of the tenets of commerce, those who positioned themselves as first adopters emerged better prepared to effectively utilize new technologies.  Their forethought allowed them to experiment and refine their implementation, rather than playing a far costlier game of catch-up with rivals. The importance of early adoption will apply to quantum computing as well: the potential to dramatically improve analytical computing will reward early action and hinder the prospects of those who choose to lag behind, especially in markets where it can be used as a differentiator.

Real Impact Across the Economy

While there is widespread familiarity with how faster processing power can make a profound difference in productivity, understanding paradigmatic technological shifts is harder. Quantum computing’s fundamental advantage over conventional computing results from its ability to process certain types of problems, especially those that rely on “brute-force” computations, exponentially faster than conventional computers. This “quantum speedup” is not just about solving problems faster – it means that quantum computers could quickly solve some problems that are not even feasible today, particularly in machine learning, discrete optimization, and simulation. The implications of these new capabilities could ultimately be felt across broad swaths of society and the economy:

Quantum computing has the potential to dramatically improve machine-learning algorithms, which learn from data in order to make decisions or predictions. A quantum computer can process high-dimensional data exponentially faster than a conventional computer, which allows identification and recognition of items or patterns, including objects, faces, speech, and handwriting, as fast as or faster than a human. This should lead to improvements in predictive analytics, search engines, and complex data analysis. Machine learning also allows computers to determine how to process complex data, enabling potential technology such as self-driving cars and robots with manual dexterity. Ultimately, the improvement in machine learning from quantum computing could have a major societal impact, potentially automating many positions in the services, manufacturing, and agricultural sectors that rely on pattern recognition, moderate manual dexterity, and decision making.

The ability of quantum computers to work with data exponentially faster than conventional computers will have a particularly strong impact for optimization problems, which are typically very data intensive. Quantum computing-based optimization could be used to further refine logistics by optimizing network usage and resource allocation to meet day-to-day requirements. In a similar vein, it can be used for allocating investments in the financial markets, or to help a multinational corporation best apply its workforce to a new line of business, or grow an overseas market faster than rivals. Quantum computing has one of its best uses and clearest cases for investment in addressing these difficult, data-intensive problems, provided the computer has a sufficiently powerful processor.

With quantum computing a number of operations and porcesses used for simulations could be performed faster.

Although the algorithms and heuristics used for simulations have improved significantly, many are limited by processing time. With quantum computing, a number of operations and processes used for simulations could be performed exponentially faster, allowing users to run more accurate simulations that would be too slow to be practical on contemporary computers.  This impact should be felt across industries, such as pharmaceuticals, biochemistry, and engineering, where companies could create competitive advantages by refining their products and processes using quantum computing-based simulation.

Decryption utilizing prime number factorization on quantum computers has the potential to allow almost any message encrypted using today’s standards to be read, heard or viewed. This potential ability to decrypt any communication holds significant interest to intelligence agencies and will have profound implications for commerce, national security and civil society. Therefore, a thorough understanding of the ramifications from this aspect of quantum computing is essential.

It is clear is that a commercially scalable quantum system will almost certainly be available within the next 30 years. Most forecasts predict this will happen in about a decade, with some arriving at a date fifteen years from now. Given that the iPhone is only 8 years old, it is easy to see how the combined power of new software and hardware can usher in a technological revolution with all the hallmarks of a science fiction story.

Amid all the enthusiasm, it is important to recognize that such a future is not assured. The current challenges—articulating quantum computing’s wider applicability beyond labs and universities, working through engineering hurdles, and ensuring accessibility to end users—must be overcome to ensure widespread implementation, and must not be underestimated.

For all their promise, it is important to acknowledge that today’s quantum computers are incredibly difficult to utilize effectively.

For all their promise, it is important to acknowledge that today’s quantum computers are incredibly difficult to utilize effectively. Beyond the obstacles inherent to working with a nascent technology, the quantum computing algorithms are somewhat unlike those used by conventional computers. In addition to the programming challenges, one must optimize algorithms to quantum computers in order to take advantage of the leap in speed. Such difficulties may initially constrain commercialization to applications where there is an emphasis on research and development efforts. It will take time to build a knowledge base of how to effectively use existing quantum computers, especially among less dedicated users.

Even so, firms willing to invest time and resources in this new technology are likely to obtain a distinct advantage over those who choose to wait until quantum computing is fully mature. There will be a steep learning curve given the complexity and still undiscovered potential of quantum computing. Those who are quickest to move past that initial phase, however, will be among the first to benefit, especially if they develop tools or applications that can be marketed to end customers.

Unlike the previous example of the iPhone, a mass consumer product designed to tie together a personal technology ecosystem, quantum computing adoption will likely occur in one or a few key industries at first. Once utilization of quantum computing becomes a clear differentiator, then it can be expected that competition within those sectors, and in similar ones, will drive adoption.

In extremely competitive industries that already have extensive usage of advanced analytics, such as pharmaceuticals, logistics, and oilfield services, among others, firms will likely implement quantum computing technology internally, allowing them to develop proprietary algorithms in order to create a competitive advantage.

This allows the exploration of the technology in a way that sets up a so-called first-mover advantage, even if the today’s quantum computers are not yet mature.

The implication, from a competitive perspective, is that some sectors may be disrupted by a quantum computing-enabled firm that has been quietly working on the implementation, then suddenly springs its expertise upon the market without warning. From a strategic perspective, firms willing to invest in a quantum computer may be better served to experiment on their own without signaling to rivals how far along they are.

At the same time, there are also many industries where IT systems are not a significant differentiator. There may be sectors that lag considerably in adopting quantum computing until reliable and affordable off-the shelf software and services come to market. This puts a greater responsibility on the shoulders of technology firms that can develop quantum computing-based platforms, tools, and algorithms capable of becoming industry standards.

Some sectors may be disrupted by a quantum computing-enabled firm that has been quietly working on the implementation, then suddenly springs its expertise upon the market without warning.

It also creates the potential for quantum computing software or services providers to build a first-mover advantage to corner the market for quantum computing-based software, similar to how iTunes built its position as a leading online music store by first making that capability easily accessible to consumers.

Avascent’s experience in market research and analysis can help organizations develop a deliberate and long-term approach toward quantum computing.
Avascent is well positioned to:

In an era of urgent demands on executives’ attention and pressure on technology spending, some will clearly conclude that the sensible approach to quantum computing is to wait and see if the promise and potential pan out during the coming decades. This is a far riskier course of action than it appears. An awareness is growing that quantum computing can have a transformative impact on business, government and civil society. It is for good reason that quantum computing is gracing the covers of major news magazines and drawing the interest of some of the world’s most forward-thinking research institutions and companies. How quickly it can deliver on this potential depends on the willingness of first-generation users to drive ahead with the technology while simultaneously working to make quantum computing affordable and widely accessible. 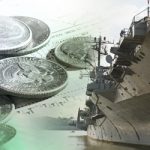 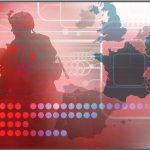