French spending on its national programs is forecast to be significantly higher than the UK, particularly due to the procurement of M51 ballistic missiles and the development of the future M6 ballistic missile.

Despite Brexit, Anglo-French co-operation in the missile market is currently at an all time high, boosted by a number of bi-lateral agreements and development programs forecast to be worth $1.29 billion 2017 to 2026.

If wider European projects such as Meteor and Principal Anti Air Missile System (PAAMS) PAAMS are included, this figure rises to $3.43 billion. How significant are these programs to France and the UK in terms of overall missile spending? For the UK, Anglo-French and Pan-European projects account for 18 percent of missile spending, $1.2 billion out of an overall forecast of $6.5 billion.

For France the proportion is lower at 8 percent with $1.05 for projects involving the UK out of a total of $12.4 billion. This is due to the fact that French spending on its national programs is forecast to be significantly higher than the UK, particularly due to the procurement of M51 ballistic missiles and the development of the future M6 ballistic missile.

The main beneficiary of increased co-operation between the UK and Europe in the missile domain is unsurprisingly MBDA, itself a European consortium owned by AIRBUS (37.5%), BAE Systems (37.5%) and Leonardo (25%).

MBDA’s current 10-year market value in Europe is $10.2 billion out of a total missile market of $43.3 billion. In the UK, MBDA is currently forecast to have a 2017-26 market value of $3.9 billion with the company reaping the rewards of both the Anglo-French and wider European projects whilst also capturing a large proportion of the remaining UK spending through its involvement in Team Complex Weapons.

This value is due to programs such as Brimstone 2, ASRAAM, the European Meteor program and the Anglo-French Sea Venom program.

Out of the UK only programs, SPEAR Capability 3 program provides the most value, worth $526 million over the 10-year period, with MBDA being selected over Raytheon’s Small Diameter Bomb – II offering.

The UK ground based missile domain has seen less co-operation with Europe, with the British Army instead using local manufacturers for its air defense requirements and importing anti-tank weapons from the United States (the exceptions being NLAW procured from Saab and Spike NLOS ordered from Rafael under the Exactor program).

MBDA’s portion of the market is forecast to be worth $283 million, with the company providing its CAMM missiles to meet the UK’s Sky Sabre requirement. Thales, supplying its Starstreak VSHORAD missile, has a 2017-26 value of $150 million.

MBDA’s 10-year forecast in the UK naval sector is $763 million, out of a total UK maritime missile market forecast of $2 billion.

At sea, MBDA is currently well positioned, providing air and missile defense for the Royal Navy’s Type 45 destroyers through Sea Viper as well as producing Sea Ceptor for the current fleet of Type 23 class frigates and their eventual replacement, the Type 26 class.

MBDA’s 10-year forecast in the UK naval sector is $763 million, out of a total UK maritime missile market forecast of $2 billion. Based on numbers alone it appears that MBDA’s portion of the maritime market is not that high, however this includes the UK’s spending on the Trident submarine launched ballistic missile system which accounts for $1.25 billion.

In terms of non-strategic missiles, MBDA leads the way with Raytheon being the only other prime contractor in the market through sales of Tomahawk Block IVs.

In the future MBDA could enjoy hegemony in the non-strategic sea based missile market with the company currently involved in an Anglo-French project to develop new anti-ship and deep strike cruise missiles.

This could potentially end the use of US supplied weapons such as Tomahawk and Harpoon, the latter being removed from service in 2018.

Given the current level of co-operation between UK and France, MBDA is likely to maintain their position as the UK, and indeed Europe’s primary missile supplier.

However, opportunities remain in the market for other potential suppliers to exploit. Thales is likely to compete with MBDA to continue to supply the UK’s manportable air defense capability, with its Belfast based facility producing surface to air missiles since 1962.

Avascent forecast the value of a potential VSHORAD replacement to be worth $500 million through 2026. Another potential area where another supplier could generate revenue is in the air to air missile market, with the potential for the UK to require medium range air to air missiles as an interim solution should the timetable for Meteor integration on the F-35B slip.

Delays could see the UK looking to procure additional AIM-120 AMRAAM missiles from Raytheon via Foreign Military Sale. The launch of the UK’s Type 31 frigate program may also prompt competition with the ship to include a point defense missile system and potentially and anti-ship capability.

However, with MBDA’s Sea Ceptor already being installed on the Type 26 frigate the likelihood is that the same system will be selected, unless a highly competitive alternative is offered.

Team Complex Weapons was initially formed in 2006 with MBDA leading a team that included Thales, Roxel and Qinetiq in partnering with the UK MoD to develop and deliver future missile systems and technology. The arrangement has seen multiple weapons being developed including

As well as upgrades to in service weapons such as ASRAAM and Storm Shadow.

Other projects have been less successful such as MBDA’s Fire Shadow loitering munition.

Raytheon UK is not a member of Team Complex Weapons, although the company provides the UK with a precision strike capability in the form of the Paveway IV precision guided munition.

MBDA’s Sea Venom missile was developed under a joint program to replace the UK’s Sea Skua and provide France with a lighter alternative to the AM39 Exocet.

The missile will equip the UK’s AW159 Wildcat helicopters whilst arming France’s new NH90-NFH platform. Despite starting in 2009 with a joint assessment phase, the green light for development was not given until 2014 with a GBP500 million ($830 million) contract awarded to MBDA.

This was due to the fact that France, already using its Exocet missiles, did not allocate a funding to the ANL requirement meaning that the UK would have been forced to fund the program on its own.

Delays in the program mean that having withdrawn Sea Skua from service and with Harpoon to leave service in 2018, the UK faces not having an anti-tank missile capability until 2020.

The UK and French governments announced in March 2017 an initial €100 million three year concept phase to develop long range weapons for both naval and air forces of France and Britain.

The eventual weapons will replace the UK’s Harpoon and Storm Shadow missiles as well as France’s SCALP and Exocet inventories, with development taking place in the 2020s. 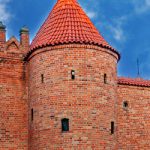 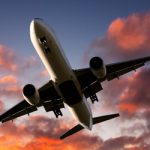