In a political sea change, Europe is bringing defence into the heart of its activities with the launch of a €1.5 billion-per-year European Defence Fund (EDF) to invest in next-generation technologies. If fully implemented, the reforms will impact nearly every facet of the European defence industry, from consolidation and partnership pressures, to increased R&D funding, technology risk appetite and new political dynamics.

In the wake of the June 2016 Brexit referendum, the EU Global Strategy called for a “stronger Union” that engaged globally on matters of defence and security. A few months later, EU President Jean-Claude Juncker elevated defence to the top of the agenda with his State of the Union address in September 2016.

Then Federica Mogherini, the High Representative of the Union for Foreign Affairs and Security Policy, launched the EDF in June 2017 as part of the Commission’s European Defence Action Plan (EDAP) in November 2016 (see Figure 1). This comes in the context of lingering financial crisis austerity politics where smaller defence budgets have further increased the risk for leaders seeking to invest in defence R&D.

The EDF comes at a delicate time for politicians and defence officials alike. The European threat environment, largely driven by Russia, remains acute while the Trump administration has fuelled a state of political uncertainty around NATO.

Military innovation programs in the US – and to a lesser extent globalized defence efforts in nations such as China – will further widen the military capabilities gap among NATO members in the coming decade.

Moreover, Brexit presents significant risks to the economic and political order on both sides of negotiations. Although French President Emmanuel Macron spearheads a resurgent European project, September’s Bundestag election left the German Chancellor, Angela Merkel, weakened and in need of a response to the Alternative for Germany (AfD) and European nationalism more broadly.

The geopolitical challenge posed by Russian defence spending and revanchist moves in Crimea in 2014, alongside the Trump administration’s pressure for higher outlays, points to a need for increased efficiency and higher yield from European defence budgets.

Despite these factors, the European defence market continues to be characterised by protectionist defence economics and poor intergovernmental coordination. The result is platform duplication and the resulting inefficiencies.

Against this backdrop, the European Commission, the European Council and the traditional engine of European integration, France and Germany, have expressed a desire for greater European defence and security co-operation.

The exact form of industrial cooperation remains to be seen and could take the form of more mergers, joint ventures or informal partnering relationships.

The EDF, if successfully implemented, alters European defence economics, reducing British access to the European aerospace and defence market and building rival hubs. The exact form of industrial cooperation remains to be seen and could take the form of more mergers, joint ventures or informal partnering relationships.

There are those in Paris who view Brexit as a chance to capitalise on Britain’s political retreat from Europe. One such opportunity is a renewed focus on Franco-German co-development of defence capabilities.

In the Brexit era, future political arrangements at this stage seem to override economic concerns. Therefore, as France’s primary partner on security and defence departs the Union, Paris may end up with a closer partnership with the Bundeswehr and the German defence sector.

German defence procurement is subject to unique political, cultural, and industrial pressures that drive a reliance on collaborative defence platforms. Indeed, it has been a key participant in all major land and airborne programmes, from the Typhoon and the Tiger attack helicopter, to the NH90 helicopter, the Boxer armoured vehicle, and the A400M (see Figure 2).

It is structured as an industrial consortium of 16 partners led by Airbus Defence and Space and supported by Germany, Italy, France, and Spain. Meanwhile, agreement on a new European main battle tank (MBT) to replace the French Leclerc and German Leopard 2 would seal the alliance between Nexter and KMW. The Polish have expressed interest in joining a potential Franco-German MBT industrial consortium.

The Polish state-owned PGZ has already established a joint venture with Rheinmetall to develop an armoured fighting vehicle. The pivot towards deeper strategic co-operation on defence is further illustrated by the agreement in July 2017 to begin a study of a Franco-German future fighter programme.

With a roadmap due for mid-2018, this programme would put an end to the Rafale and Eurofighter rivalry. However, this potential new state of affairs raises the question: what will happen to the Lancaster Treaty, which outlines bilateral defence and security cooperation between the UK and France?

The two nations share a strong history of partnership and continue to work on a pipeline of collaborative procurements, the most visible of which being the Future Combat Aerial System (FCAS). Furthermore, the UK is pursuing bilateral agreements with German and Poland that could support future defence co-operation.

Although post-Brexit politics supports the development of a Berlin-Paris strategic, political-industrial relationship in defence and security procurement, consideration must be given to existing and future co-operation with the UK.

The proposed exclusion of the UK from the EDF by Michel Barnier, the European Chief Negotiator for Brexit, raises questions for firms with substantial defence-focused operations in Europe and the UK, such as Leonardo and Thales.

For example, Leonardo’s UK subsidiary employs nearly 7,000 staff in the UK and generates over £1 billion in exports. Senior Italian officials and parliamentarians have voiced concerns over the changing face of European defence market. According to Guido Crosetto, the head of Italy’s defence and aerospace industrial association, AIAD, rationalisation could unfairly hit Italian firms if the EDF becomes a glorified Franco-German co-financing arrangement.

Without robust risk management of increased regulation in its supply-chain or a clear subsidiary strategy, Leonardo could lose market share during a period of potentially significant M&A activity and partnering manoeuvres.

Two options present themselves for EU member states, such as Italy, whose defence interests clash with the EDF agenda. They may seek to slow or weaken the EDF due to the potentially negative impact to the national industrial bases of consortia from

Alternatively, smaller national champions and privately owned small businesses may try to team up early with European primes from the aforementioned countries, in particular French and German firms, in pursuit of innovation funding, leading to collaborative European procurement cycles.

Clearly, the new initiative raises questions of national interest, stoking an argument that may continue to divide EU members. Certainly, a well-funded EDF offers the tantalising prospect of a more innovative, competitive and self-sufficient European aerospace and defence market.

Bridging the Valley of Death

European competitiveness depends on the EDF being the start of a major step-change in defence development and procurement. As Russia and China join the US in the innovative application of unmanned technology and directed energy, as well as the expansion of the battlefield to the domains of cyber and space, technology is driving competition in a globalised defence market.

In this context, Europe is under pressure to bridge existing technological and capability gaps with the US. In the twenty-first century, the two fundamental criteria of warfighting, survivability and lethality, depend on the ability to invest in, develop and apply new technologies effectively.

A vision for European indigenous capability-building and practical measures to bridge the “valley of death,” the gap between research and commercial success, through more co-financing and collective investment increases Europe’s risk appetite and reduces the complexities of the product development lifecycle. Improved interoperability from shared platforms and less duplication creates a virtuous circle which should stimulate more European burden-sharing.

On the European demand side, this means more indigenous development programmes that take the US Third Offset Strategy as a reference point. On the supply side, this requires adaptation to an increased European risk appetite for leading-edge technology.

It also necessitates investment in priority areas to improve chances of winning a place on larger joint procurement programs. In order to mitigate the risk of business disruption from the EDF, European defence firms must begin technology roadmapping and multi-national requirement gathering.

The European Defence Fund: Between Rhetoric and Reality

There are still considerable issues that the EU must iron out before the EDF will gain the desired response from European industry. The critical connection between the stages of prototyping, development and procurement are underdefined.

The “go/no-go” criteria for proven technologies based on customer requirements have not been communicated. European institutional reform always creates complexities from untried processes involving new stakeholders and power dynamics.

This is especially true in defence where no mechanism exists to determine the relationship between the EDF, Permanent Structured Co-operation (PESCO), and the trial initiative, Common Annual Review on Defence (CARD).

Underscoring this issue, the European Council statement on October 19, 2017 calling for the three entities to be “mutually reinforcing” acknowledges the difficulty of institutional coherence.

European firms face a challenge in understanding the new stakeholder map for European collaborative programmes and determining the opportunities. Political jurisdiction over export policy will remain with member states.

However, the addition of the European Parliament budget jurisdiction for the EDF and Commission powers over programme selection increases the complexity of the process and competition between member states, Parliament and Commission.

The relationship with industry is still being explored and consultative formats are expected to follow during the Preparatory Action for Defence Research (PADR) phase of the action plan.

Representation through the umbrella organization of the Aerospace and Defence Industries Association of Europe (ASD) is likely to be important to defence contractors, large and small, as the Commission seeks rationalised communication channels.

History suggests that moves towards a single European defence market will confront serious challenges. Nevertheless, the political economy of the defence market is more important than ever post-Brexit.

These challenges need not be overwhelming, however, if industry takes a proactive approach to the EDF. Navigating the political, economic, military and industrial complexities of the current European defence landscape during Brexit uncertainties and a changing policy environment is a daunting task, requiring a strategic assessment.

As companies prepare for an EDF without the UK, now is the time to consider innovation opportunities, partnership strategies at both company and business-unit level, and regional subsidiary structures. 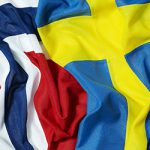 Data Stories: How Nordic Defense Spending Compares to the Rest of EuropePerspectives 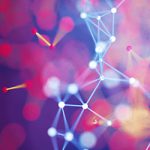 The Opioid Crisis Response: Drawing from the Past to Predict the FuturePerspectives