A Perfect Match? The Unlikely Team-up of France’s Nexter and Germany’s KMW

Their merger will encourage other defense companies to reconsider their strategies in the broader European land sector.

Given Friday’s looming historic football showdown at the Brazil World Cup, it might seem a peculiar time for Franco-German comity.

Nonetheless, France’s Nexter Systems and Germany’s Krauss-Maffei-Wegmann (KMW) this week announced a seemingly improbable deal between a French state-owned company that has struggled to compete overseas and a German privately held firm whose products, such as the Leopard battle tank, are of international renown. In their press release, the two parties announced that their respective parent companies—French state holding company GIAT Industries S.A. and privately held Wegmann-Holding GmbH & Co. KG—will each own 50 percent of a holding company that will account for nearly 2 billion in revenues and more than 6,000 employees.

As in any high-stakes contest, timing is everything. This deal comes at a moment when both parties’ interests as well as motivations are aligned.

As in any high-stakes contest, timing is everything. This deal comes at a moment when both parties’ interests as well as motivations are aligned. For the European defense industry, it is a promising start to a badly needed rationalization of a fragmented land systems sector. Globally, this market is currently worth more than $37 billion, growing to over $43 billion by 2022, of which Europe accounts less than a third, according to Avascent estimates.

There are three main reasons why this deal makes sense and why this alliance has a much greater chance of success to get past the goal line than any of the deals previously attempted or considered within Europe’s land sector. Previous unfulfilled mergers include those between France’s Renault Trucks Defense (or RTD, owned by Sweden’s Volvo Group since 2001) and Nexter and Germany’s Rheinmetall and KMW, as well as early cross-border attempts involving French, German and British firms.

The first reason is feasibility. The fact that neither company is publicly listed explains in large part why the deal has gone as far as it has. State-owned and private companies have more flexibility in structuring such transactions, whether within or across national borders, and are more open to creative approaches even if that means forfeiting certain near-term cost synergies. In fact, the companies underscored  the industrial-base preservation rationale behind the merger of equals in their deal announcement.

This leads to the second key consideration in favor of this deal: the broader value proposition at work for both companies. KMW lacks diversification in its portfolio, and while successful internationally, it now has to compete against a growing array of cost-competitive contenders on the global scene, not to mention against its own government’s tightening export control policies. Although the latter cannot be seen as the key driver behind the decision to push forward with this merger—reports about talks date back to more than a year ago before the arrival of the current coalition government in Germany and the announced change in export regulations—it certainly adds to KMW’s concerns about sustaining the volume of recent international orders.

Nexter, on the other hand, has struggled to secure international wins beyond recent isolated sales to Saudi Arabia and Indonesia, and its combat-proven VBCI infantry-fighting vehicle has yet to secure a single export contract. Contrary to KMW, however, Nexter has successfully started to diversity into adjacent markets, notably munitions (having concluded within less than a year the acquisitions of French SNPE/Eurenco and Chemring’s European munitions business) and robotics (with the creation of subsidiary Nexter Robotics a year ago).

…the new company will need to deal with potential portfolio conflicts as well as broader market entry issues.

Internationally, the two firms can combine forces in pursuit of new opportunities in the Middle East, notably UAE and Qatar, and Asia, with India being among the attractive near-term targets. Closer to home, Denmark is another attractive target. As Nexter CEO Philippe Burtin stated before the French national assembly last fall, the company’s vision is to be an integrated company that takes advantage of synergies with the armaments and munitions business while having sufficient scale to allow the development of programs without being dependent on governments that no longer have the financial capacity to sustain them. In his words, “The European option [of consolidation] could allow us access to larger scale through the merger of two companies in good [financial] health pulling together their skills, customers and domestic market.”

To be sure, the new company will need to deal with potential portfolio conflicts as well as broader market entry issues. While current teaming arrangements between Nexter and RTD with regard to the French Scorpion program, which was formally launched two weeks ago, and between KMW and Rheinmetall with regard to the joint development of the Boxer wheeled armored vehicle will likely have to be respected in the near term, they do raise longer-term strategy questions. Ultimately, the two partners will need to rationalize somewhat their portfolio of vehicles even as the consolidation of their industrial footprint will inevitably take longer.

The third reason for the likely success of this deal is a shared motivation for concluding it now. The owners of both companies have an interest in gradually extracting themselves from their respective businesses. Clashes between Manfred Bode, chairman of the supervisory board and the company’s long-time CEO until 2006 when Frank Haun took over, and the silent members of the von Braunbehrens family, which owns slightly more than half of the holding company, have been reported in recent years. The Bode and von Braunbehrens families are known to have had disagreements on how to run the business as well as philosophical differences regarding selling to certain third countries, particularly in the wake of the Arab Spring. The French government, on the other hand, should welcome a much-needed cash infusion from a partial sale of Nexter—a move that also supports the French defense ministry’s target of securing €6 billion in exceptional receipts over the next five years—particularly when such a sale also ensures them the status of equal partner.

Whether this deal succeeds or fails will reveal a lot about the viability of defense industrial consolidation in Europe. However, the 2012 failed combination of BAE Systems and EADS (now renamed Airbus Group) need not spoil the odds. First of all, the size of this deal is significantly smaller. The combined KMW-Nexter group will have less than 15% the revenues and employees of Airbus Defence and Space, the new Airbus Group subsidiary that emerged out of the ashes of the aborted 2012 merger. BAE and EADS also had the worst of both worlds in trying to sell their combination to investors and their respective governments, not just to one government as is the case here. The French government, which is keen on promoting defense exports, is expected to sign off on the Nexter deal and Germany’s politicians are unlikely to throw a flag.

Other European players will now be forced to rethink or accelerate their strategies. This includes Rheinmetall (now facing a similarly sized competitor and one-time partner in its own backyard), Volvo Group (left with a subscale “government sales” business, essentially comprised of French defense assets RTD and Panhard), Thales (who may now need to accelerate the strategic review of its TDA armaments subsidiary), and Finmeccanica (whose new leadership may feel more compelled to divest the Italian company’s Oto Melara subsidiary), as well as BAE Systems and General Dynamics, transatlantic leaders in the land sector and the original champions of consolidation in Europe.

Other European players will now be forced to rethink or accelerate their strategies.

Friday’s showdown between Germany and France will result in one team going home crestfallen, disappointing a nation that must wait years for another shot at glory while the winner advances to the final. The merger of Nexter and KMW is also a decisive moment for French and German interests. But in this case, unlike on the playing field at Estádio Maracanã in Rio de Janeiro, both sides can come out winners—while leaving several spectators feeling sidelined. 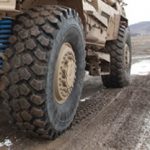 Getting Ahead of the Curve in the Tactical Wheeled Vehicle MarketPerspectives 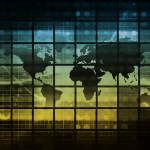