The Price of Sovereignty: How Brexit Threatens British Leadership in European Defence

An exit from the Union would deny future British governments the ability to shape the direction and rules shaping Europe’s evolving defence internal market.

Ahead of the June 23 referendum on Britain’s possible exit from the European Union, making the case that Europe is good for British defence and British defence industry is, in the memorable words of the late German statesman Helmut Schmidt, like taking ‘the position of a man who, in front of ladies and gentlemen from the Salvation Army, tries to convince them of the advantages of drinking.’1

Understandably, defence has not figured prominently in the Brexit debate or in the arguments of the Remain campaign. As the country with the largest defence budget in the EU, close political and industrial ties to the US, and the most consistent European commitment to maintaining military capabilities, Britain faces seemingly little risk from distancing itself from the continent, where the number of nations meeting their NATO military spending targets can be counted on one hand.

Industrially, the benefits for defence firms are similarly hard to see in contrast to, say, the aerospace industry, with its highly integrated supply chains across Europe, or the space sector, which depends heavily on access to EU R&D funds and flagship European space programmes such as Galileo and Copernicus. The defence industry in Europe can point to neither free trade gains nor a net positive experience with multinational efforts.

Such an interpretation overlooks, however, the long-term risks a Brexit scenario poses to Britain’s leadership role in European defence, if not globally. An exit from the Union would deny future British governments the ability to shape the direction and rules shaping Europe’s evolving defence internal market.

Those who downplay Brexit’s risks to the British defence sector argue that quitting the EU will have little impact on Britain’s participation in key multinational projects such as the Eurofighter Typhoon fighter jet and the A400M military transport aircraft, on UK-French cooperation in unmanned systems and missiles, or on the country’s on-going involvement in the EU’s €80 billion Horizon 2020 research and innovation fund. That may be true for now.

But will British defence interests, once outside the core EU political and economic circle, be as effective in securing substantive participation in potentially game-changing next-generation programmes (consider the successor to the current Future Combat Air System demonstration project), influencing evolving EU defence procurement directives, or accessing a sizable share of EU funds post-2020, including a first-time dedicated defence R&D budget worth potentially €3.5 billion?2

Negotiating third-country participation in EU programmes is certainly an option. Norway and Switzerland get by this way, even though such status affords no say over key decisions while still requiring a contribution to the common EU budget.

It is easy to dismiss the potential for greater European defence integration…But this would not be the first time that British politicians misread the future.

Seen through the lens of recent history, it is easy to dismiss the potential for greater European defence integration.

Naysayers can point to glacial institutional reforms producing more acronyms than successful EU-led projects, missed industrial consolidation opportunities such as the failed 2012 EADS-BAE Systems merger, and a relative resurgence in government-to-government cooperation at the expense of EU-led efforts.

But this would not be the first time that British politicians misread the future.

Having missed the opportunity to be present at the creation of the Coal and Steel Community in 1950 and of the Common Market in 1956, the UK lost future influence over the direction of the European project.

As Prime Minister Tony Blair put it in his 2001 speech on Britain’s role in Europe, ‘We said that it wouldn’t happen.

Then we said it wouldn’t work. Then we said we didn’t need it. But it did happen. And Britain was left behind.’

However daunting the prospects may look today, it is hard to deny the slow, steady progress toward a European defence internal market propelled by the forces of competition, innovation, and increasing specialisation.

Brexit would also hurt British innovation and competitiveness, forcing industry to reconsider where it places its long-term bets.

Beyond the threat of being left behind (again), Brexit would also hurt British innovation and competitiveness, forcing industry to reconsider where it places its long-term bets.

As a recent internal letter by senior Airbus executives to UK staff stated, ‘Our business model is entirely based on our ability to move products, people and ideas around Europe without restriction….we do not believe leaving will increase the competitiveness of our British-based operations.’3

Non-European aerospace and defence firms with established presence in the UK also stand to lose from reduced access to funds, markets and technology partners across the continent, not to mention the increased tax and administrative burdens that would affect all companies operating across either side of the British Channel.

What ultimately shapes investment decisions by Europe’s defence industry are not calls for a European army or a European Defence Union. Rather, it is the reality of reduced bureaucratic hurdles, a consistent and stable regulatory environment, and the prospect of pooled European demand for viable, industry-led programmes.

Brexit presents a real long-term risk to the UK and European defence technological and industrial base and could have a lasting mark on the future shape of the European defence market – be it in relation to on-going industrial realignments, nascent R&D initiatives, or forthcoming collaborative procurement programmes.

Even in today’s reality of concentric European circles and Europe à la carte models, being part of the core has its advantages. 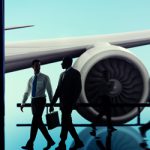 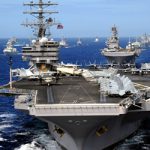