Detailed analysis of the US SCN budget indicates that the Navy must either grow the level of resources available for shipbuilding or effect irrevocable changes to its thirty year plan to stay within historical funding norms.

I. Too Big to Sail: The Impending US Navy Shipbuilding Plan Budget Shortfall

In defense of his December announcement of the Navy’s plans to reduce its planned purchase of Littoral Combat Ships (LCS) from 52 to 40 units, Secretary of Defense Ash Carter reasoned that by shifting funding away from additional hulls, the Navy can support increased strike and lethality through expanded procurement of precision munitions and Virginia Payload Modules. Tradeoffs, such as those highlighted in Sec. Carter’s statements, are a normal part of the budgeting process and should be expected in order to ensure that planned activity is affordable.

However, an Avascent review of the proposed US Navy shipbuilding plan, which leverages a newly developed fleet analysis model and comprehensive budgetary and naval platform cost data, reveals that piecemeal cuts to planned procurement are unlikely to align the shipbuilding plan with available funding.

As such, the Navy will need to grow its shipbuilding resources or risk effecting irreversible changes to fleet posture which jeopardize the Department of Defense’s ability to perform vital national security missions.

The Navy will need to grow its shipbuilding resources or risk effecting irreversible changes to fleet posture which jeopardize the DoD’s ability to perform vital national security missions.

There is no single source of the ongoing US Navy shipbuilding plan’s budget shortfalls. A combination of increasingly long deployments, sprawling requirements for new technologies and design innovations, and cost overruns have left the service with an aging fleet that requires expensive replacements.

At the heart of the Navy’s affordability problems lie two of its most strategically vital platforms: the Ohio-class Replacement submarine and the Ford-class aircraft carrier.

Unless the Navy can truly address the rising costs of these key vessels – or devise an alternative approach to budgeting or fleet structure – the service will remain incapable of executing its existing shipbuilding plan.

II. Developing a Robust, Quantitative Understanding of the Problem

he model’s architecture reflects a bottom-up approach to fleet capability and cost that emphasizes the analysis of individual units to understand aggregate outcomes – a process often referred to as a “sum of the parts.” In this case, naval vessels (assessed in terms of cost and 35 different capability metrics) constituted individual matrix units while fleet performance and fleet cost served as the aggregate dependent variables.

The U.S. Navy’s shipbuilding plan, combined with Avascent Analytics’ cost and delivery estimates through 2039, serves as the model’s control group. In order to aid in consideration of various shipbuilding alternatives, the construct contains a full capability and cost analysis of 105 discrete platforms suitable for future roles.

Manipulation (or total alteration) of planned buys within the control group enabled our team to model several potential paths to achieving cost savings without significant capability falloff, which ranged widely in origin and type and included tradeoffs such as replacing Flight III Burke-class destroyers with Zumwalt-class destroyers in current domestic production.

III. Aegrescit Medendo: What Does a True ‘Solution’ Mean for the Navy?

As it stands, absent a major increase in shipbuilding funding, the Navy’s plans are objectively untenable.

When the Navy’s proposed LCS reduction is entered into the model, the expected annual and total cost of hull production at the aggregate level declines, but nevertheless remains entirely unsustainable. At present, the model projects that the Navy will spend $22 billion per year on average under its shipbuilding plan from 2016-2039 (this is slightly higher than the Congressional Budget Office’s estimate of $18.4 billion).

When factoring Sec. Carter’s proposed reduction of LCS, the model predicts only a slight annual reduction of ~$400m – down to $21.6 billion per year. Both numbers are far higher than the historical average of $13.9 billion. As it stands, absent a major increase in shipbuilding funding, the Navy’s plans are objectively untenable.

Our model clarifies in detail the difficulties the Navy faces in aligning its expected funding levels with its fleet development plan. Initially, our team strove to avoid “sacred cows” when building out potential alternative scenarios – core programs such as the Virginia-class, the Ohio-class replacement (ORP), and the Ford-class.

However, as evidence of the significant budgetary challenges facing the Navy, cuts applied to small, less politically sensitive programs made little difference in the large disparity between historical averages and actual projected cost.

Ultimately, we were forced to devise scenarios which posited significant cuts to the “sacred cows.” Worth noting is that the model revealed some minor means of achieving savings. However, as mentioned, these savings were hardly substantive in the relative context of the overall impending budget shortfall.

The first scenario we crafted builds on the LCS reduction announced by Sec. Carter by reducing the number of Ford-class carrier buys by three. This scenario would obviously constitute a significant change from current plans and require a modification to existing law which legally requires at least 10 carriers in service.

With this scenario, our model projects a reduction in carrier-launched aircraft capability fleet-wide by almost 15%. In terms of cost, slashing Ford-class procurement by three vessels would effectively reduce the Navy’s total shipbuilding costs over the 2016-2039 time frame by 6.6%.

However, this drastic approach would ultimately still provide insufficient savings to align the US Navy shipbuilding plan with historical average by, on average, $6.6 billion dollars per year ($20.5 billion compared to $13.9 billion).

Even after joining ORP reductions with cuts to LCS, the Navy still only saves an additional 5.5%, leaving it just under $3B short of its historical average.

Unable to “right the ship” through LCS and Ford-class cuts, we designed a second scenario which expanded on Scenario 1’s proposed reductions by limiting the procurement of Ohio replacement class submarines, which will likely cost in the area of $7 billion per vessel to produce, to 10 units.

This approach, which would require a modification to national nuclear deterrence policy codified in the Nuclear Posture Review, would significantly impact our Navy’s nuclear triad by reducing the number of nuclear-armed subs at sea at any time by between one and two per year (out of a total of 4-5 that are likely at sea each year now).

Yet even after joining these ORP reductions with the reductions outlined in Scenario 1, the Navy still only saves a total of $2.7 billion, leaving it just under $5 billion short.

Still searching for answers, we devised a third scenario which built on the reductions in Scenarios 1 and 2 by limiting the Navy to purchasing one Virginia-class per year (instead of the planned procurement of 2 units annually).

The model did not account for the likely increase in unit cost associated with reduced production rates on Virginia-class lines. Yet, it still revealed only an additional $1 billion in savings per year over the window of analysis (average annual costs of $18.2 billion). In exchange for these savings, the Navy would lose a significant portion of its sub fleet, as well as valuable amphibious and strike capabilities.

Finally, in a last ditch effort to reduce the Navy’s annual spending under the $13.9 billion historical average, a scenario was created that eliminated both the Ford-class and ORP programs, while maintaining the reduced LCS and Virginia-class buys.

This succeeded, but only barely (total spending projections still leveled off at ~$13.9 billion per year) and at a significant impact to capability. This scenario would equate to almost a 30% reduction in carrier power and force the Navy to extend the lifespans and workloads of its existing carriers and submarines – an uncertain and costly proposition given the limitations of their nuclear power sources.

In all likelihood, the drop-off in capabilities would become even more pronounced if the model were run further into the future, reflecting older platforms in service and higher costs for future procurement.

To enact any of these scenarios would likely result in dangerous reductions to the Service’s ability to execute its core missions.

Clearly, none of these scenarios should be considered by the Navy. In fact, to enact any of them would likely result in dangerous reductions to the Service’s ability to execute its core missions.

However, the purpose of this piece is not to propose savings but to call as much attention as possible to the need for changes in the Navy’s current budgeting plan. This year, the House Armed Services Committee’s National Defense Authorization Act attempts to resolve this issue by providing SCN with over $20 billion in funding for FY2017.

However, with little indication that this proposed increase will survive the budgeting process, all parties involved must be prepared to debate the changes that will be required if the Navy expects to maintain a large and capable fleet into the future. The sooner this debate begins under reasonable terms, the better. 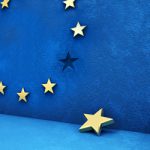 The Price of Sovereignty: How Brexit Threatens British Leadership in European DefencePerspectives 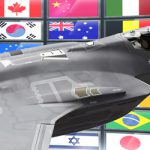