Defense spending is shifting from the U.S. and Europe to Asia and the Middle East and North Africa.

Global defense spending is in the midst of a historic shift. Avascent estimates spending in accessible international defense markets  has already overtaken spending in the United States. Sustained downward pressure on the U.S. Department of Defense budget, caused by the drawdown of a large scale presence in Iraq and Afghanistan as well as the deficit-induced political turmoil in Washington, is likely to exacerbate this trend over the next decade. International defense spending, on the other hand, will grow at a rate of 5% over the next ten years. The composition of that spending, however, will look quite different from today.

…defense firms will turn to emerging and non-Western markets for opportunities.

Europe, subject to even stronger budgetary pressures than the U.S., will no longer command the lion’s share of accessible non-U.S. defense spending. Growth will shift to Asia and the Middle East and North Africa (MENA), where economic development and simmering tensions will spur a significant increase in defense spending. Facing this new reality, defense firms will progressively turn to emerging and non-Western markets for opportunities. Seizing markets abroad, however, will require deep insight into evolving trends in military requirements and customer priorities.

Below, we explore six trends that will define defense modernization efforts over the 2014-2024 period, their underlying causes, and their likely impact on defense markets.

The data used here comes from the Avascent Analytics Defense Systems database, which itemizes and forecasts defense investment at the program level in 46 countries, covering approximately 95% of non-U.S. spending accessible to Western defense suppliers. The database is composed of ongoing programs, announced competitions and planned future acquisitions, as well as Avascent Analytics’ projections of future requirements. Projections are based on a combined top-down and bottom-up analysis that considers multiple factors, including economic indicators, threat perceptions, mission-capability gaps, historical investment behavior, industrial base and political considerations, and input from Avascent’s network of in-country sources and senior advisers.

Avascent expects accessible Asian defense investment (defined as the sum of Procurement and R&D spending) to decisively eclipse Europe this year, a trend likely to continue for the foreseeable future. Recent events in Ukraine and Russian assertiveness in Eastern Europe bolster the case for greater European defense investment and preparedness. Yet current financial difficulties and austerity measures across most European Union countries will exert significant downward pressure in the short to mid-term. Eventual European recovery notwithstanding, defense spending in Asia will maintain the lead. Steadily increasing Asian defense investment will buoy these markets through the forecast period, rising from $68 billion to $109 billion (in current year dollars), and will account for 37% of accessible international spending by 2024. While MENA and the Americas will continue to consume a steady 24% and 7% of defense spending, respectively, Europe’s share of the total non-U.S. market is expected to decline from 34% to 32% over the ten year forecast.

India, Japan, and South Korea will remain the largest Western-accessible defense markets in Asia, with South Korea estimated to surpass Japan in defense investment by 2018. While Japan’s overall defense budget will remain larger than South Korea’s, its investment accounts will cool down in the out-years.

Avascent expects that Japan’s lackluster economic performance and the need to accommodate growing Operations and Maintenance (O&M) expenses for earlier acquisitions will constrain investment spending growth, despite growing security concerns over China and North Korea. Growth in South Korean investment will be driven by high-profile procurements in the forecast’s out-years, including the F-35A and several indigenous projects such as the KF-X fighter and KSS-III submarine. The most notable regional growth will occur in Indonesia, where Avascent forecasts that investment spending will grow from $3.5 billion to $11 billion between 2014 and 2024, driven by the country’s ambitious Minimum Essential Force (MEF) modernization plan.

Although Europe’s share of international defense investment will decrease, it will remain a large portion of the global market. Some European countries, such as Poland, will grow by as much as 4.5% a year from 2014 to 2024. In MENA, Avascent projects that Saudi Arabia will maintain high levels of defense spending, while countries like the UAE and Qatar will see their defense investment balloon, growing at an annual rate of 7% and 12%, respectively. Growth drivers in the Americas include Canada, which is projected to grow at a steady 7%, and Peru, where modernization of land combat and tactical air forces will drive a 12% growth rate.

Avascent projects operations and maintenance budgets will grow more rapidly than investment accounts during the coming decade. Rapid O&M growth is tied to acquisition of higher-end platforms such as 4+/5th generation aircraft, submarines, and large surface combatants. These complex platforms will drive strong growth in O&M accounts, particularly in Asia and MENA. At an annual growth rate of 6% in Asia and 7% in MENA, it will outpace procurement in both cases.

For instance, India’s planned fleet of aircraft carriers, UAE’s acquisition of advanced F-16 E/F combat aircraft, and Saudi Arabia’s ambitious investment in maritime platforms as part of its SNEP II program will begin to impose higher operating costs as systems come on line. Low utilization rates will likely persist in some countries, but the cost of operating modern hardware will exert upward pressure on O&M budgets.

Customers Push for Indigenization but…

Major defense equipment consumers like India and South Korea prioritize industrial base development in defense acquisition. This increases pressure on Western suppliers to partner with local firms and execute offset obligations, but it is unlikely to displace foreign suppliers in the near term. High-end platforms, particularly in the tactical air warfare mission area, tend to be sourced from abroad.

India’s MMRCA, South Korea’s FX-III, and Japan’s F-35 will be initially imported, with significant indigenous industrial participation. However, the current position Western suppliers enjoy in foreign markets is far from assured. The majority of out-years investment spending has yet to be allocated to specific firms, and will be subject to domestic participation, offsets, and technology transfer requirements imposed by foreign defense ministries.

Avascent expects that international procurement of submarines will experience a boom in the 2014-2024 period, growing from $6.3 billion to $16 billion, led by robust investment in Asia. By 2024, Asia will account for almost half of all accessible international spending on submarines. Notable mentions are India, Australia, and Indonesia. India’s procurement of the Scorpene Class, Project 75-A, and the pursuit of an indigenous production capability will lead to a dramatic increase in spending. India will account for half of all expenditure on submarines in Asia in the 2018-2022 period.

Australia’s Collins Class upgrades and an eventual replacement could cost upwards of $9 billion over the 2014-2024 period, driving a 31% growth in Australian undersea warfare investment. In Indonesia, spending will grow at a 20% rate as the country augments its Type 209 submarine fleet and launches domestic submarine co-production. Additionally, submarine investment in MENA could receive a large boost if Saudi Arabia moves ahead with its very ambitious goal to procure a large fleet of Type 209 submarines.

Recent years have seen a slew of orders for large fixed-wing transport platforms, driven by the mature C-17 program and its appeal to non-U.S. customers. Avascent projects these orders will be fulfilled by the early years of the forecast period. Planned C-17 deliveries will cause this market to cool, as many countries will have satisfied their mobility requirements. Although C-17s and C-27s feature significantly in India, Algeria, Australia, and elsewhere, the largest transport program remains the A400M. The program, expected to peak in terms of payments in 2018, will supply transport aircraft to several European customers (i.e. France, UK, Germany, and Turkey), Malaysia, and it might eventually secure a South Korean bid. Based on known initial orders, the program is expected to total $35 billion from 2014-2024. Following the conclusion of current A400M deliveries, further European investment in heavy transport aircraft appears unlikely. Germany’s planned resale of some of its A400Ms is evidence that European countries are deemphasizing expeditionary capabilities. Given the considerable lifespan of these platforms, however, it is possible that a robust secondary market for fixed-wing transports could emerge among militaries in developing countries. Additionally, ongoing deliveries of the lighter C-130J, Japan’s continued investment in the C-2, and Brazil’s planned acquisition of the KC-390 will buoy spending in this sector during the forecast period.

Despite limitations imposed by the Missile Technology Control Regime (MTCR), a combination of domestic production, international sales by non-signatories, and the adaptation of MTCR-compliant designs will push the procurement of armed UAS to grow almost tenfold in the 2014-2024 period, increasing from $187 million to $1.7 billion.

Europe leads this expansion with the UK procurement of armed Reapers, and as R&D projects such as the UK’s Taranis, the joint France-UK Future Combat Air System, and the nEUROn consortium move closer to eventual production. However, demand for armed UAVs in Asia and MENA will drive growth in the forecast’s out-years. Interestingly, the dramatic growth of demand for armed UAVs corresponds with a cooling market for attack helicopters. This might be an indication of a substitution effect at work, with many countries exploring the procurement of cheaper unmanned platforms rather than replacing aging helicopter inventories on a one-for-one basis.

To be sure, armed UAVs are not yet proven substitutes for helicopters in close air support roles. But U.S. employment of unmanned platforms in armed overwatch and counter-terrorism roles, along with hopes of lower O&M costs, will lead many customers to experiment with broadening the use of armed UAVs.

Avascent Analytics maintains an open-source forecast of military spending across 46 countries outside the U.S.. The analysis begins with an assessment of a given country’s defense budget that seeks to isolate the defense investment accounts (in U.S. terms, Procurement and RDT&E). Where available, this information is drawn from budget documents; otherwise, Avascent considers a wide variety of economic, political, and threat factors in making its budget forecasts. Avascent Analytics then constructs a bottom-up build of this defense spending at the program level by capturing programs of record and stated modernization plans. Each program or platform acquisition is disaggregated into its component parts to provide sub-system-level granularity. The capture of current and planned programs in this manner allows for forecasting of procurement by identifying gaps in capability and comparing them with a country’s stated or assumed defense posture. 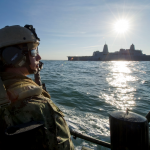 Trimming the Sails: Difficult Budget Environment Should Not Push Navy, Industry off CoursePerspectives 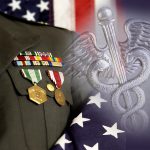