Whither the EU Internal Defense Market? Thinking Beyond "Pooling and Sharing"

Five years after the adoption of the first EU “Defense Package,” calls to strengthen Europe’s defense industry still lack a focused debate on the single defense market and the implementation of related legislation.

“The creation of this single market—without barriers, without discrimination, without domination—will ensure the pooling of resources…The single market…cannot be based exclusively on men of good will. Rules are indispensable.”

Address given by Jean Monnet at the inaugural session of the Common Assembly
11 September 1952, Strasbourg

The agreement on a European banking union last month inevitably overshadowed the EU Council’s conclusions on the common security and defense policy (CSDP), an event eagerly awaited since the decision in late 2012 to put defense on the EU agenda. Even so, in the end, the Council’s pronouncements held few surprises, with signs of progress as well as disappointment.1

Both tone and content of the Council’s conclusions are measured, even when the intent was to be assertive, such as when calling on member states to deepen defense cooperation. In classic EU lingo, the Council “welcomes” a number of broadly publicized proposals by the Commission and the High Representative/Head of the European Defense Agency—developing capabilities in the areas of remotely piloted aircraft systems (RPAS), air-to-air refueling, satellite communications and cyber security, as well as support for dual-use research—and “invites” EU bodies to coordinate or take further action (including on crisis management operations, financing of EU civilian missions, transparency in defense planning, pooled procurement, and support for SMEs). The areas where it “calls” for specific action in 2014 are few, yet noteworthy: an EU Cyber Defense Policy Framework, an EU Maritime Security Strategy, and a road map for developing defense industrial standards and certification procedures for defense equipment (the latter being a particular concern to industry in relation to cross-border RPAS operations).

The overarching theme of the Council’s final declaration can thus be summarized as pooling resources, harmonizing requirements and increasing cooperation in pursuit of greater efficiencies and policy coherence—not a small feat when considering the need to accommodate the often-competing views of 28 stakeholders. Yet, regrettably, one critical issue was left largely unaddressed: the broader internal market for defense and the lack of a corresponding industrial strategy.

The Council’s so-called third cluster, titled “strengthening Europe’s defense industry,” was supposed to cover topics of an economic nature, while leaving issues of policy (“increasing the effectiveness, visibility, and impact of the CSDP”) and operations (“enhancing the development of capabilities”) to the first and second clusters respectively. The Council’s conclusions include one reference to the need for a “well-functioning defence market” based on the principles of openness, equal treatment and transparency, and stresses the importance of ensuring the “full and correct implementation and application of the two defence Directives of 2009.”

Ensuring greater cross-border market access to subcontractors and small and medium-sized enterprises—a particular concern of member states with smaller or less-developed defense industries—is a rare recognition of the value of the internal market. In the end, however, the Council falls short of calling for any concrete action to ensure compliance with internal market rules and merely “notes” the Commission’s intent to develop a related implementation roadmap. The Parliament’s earlier call on the Council to “provide the necessary fresh and ambitious impetus and to lay down guidelines, overarching political priorities and timelines for supporting a truly European defence technological and industrial base” went unheeded.2

The EU “Defense Package” of 2009, consisting of the two directives on defense and security procurement (2009/81/EC) and intra-EU transfers of defense-related products (2009/43/EC), was the first critical legislative step towards the creation of an internal EU defense market. In addition to delays in transposing these directives into national law, implementation has been patchy and enforcement weak at best. As of March 2013, all EU member states have at last, if unevenly, transposed the defense procurement directive.3

Directive 2009/81/EC applies to most defense purchases above a certain threshold, as well as to the procurement of sensitive equipment, works and services that have a security purpose and involve classified information. In the area of defense, the directive allows for several derogations consistent with the exceptions provided for by the Treaty on the Functioning of the European Union (TFEU). Of these exceptions, the most notable for its potential for (and past record of) abuse is Article 346 TFEU. It allows member states to diverge from the directive’s rules if considered necessary to protect their essential security interests.

…nine months into the defense procurement directive’s full transposition, member states are still far from having embraced or correctly interpreted its intent despite progress in the area of transparency…

Avascent’s analysis of contract awards posted via the EU’s Tenders Electronic Daily suggests that nine months into the defense procurement directive’s full transposition, member states are still far from having embraced or correctly interpreted its intent despite progress in the area of transparency (see separate sidebar below). Per its July communication, the Commission intends to ensure that the directive is strictly and correctly applied moving forward.4 One hopes that such improved oversight will also come with increased enforcement powers.

The Council’s latest failure to state a clear position beyond “noting” the Commission’s intent is as disappointing as it is predictable, particularly given that both the Commission and the Parliament have been fairly explicit to date about the shortcomings in implementing existing legislation. The responsibility for making any progress in this area rests squarely with the member states.

France often gets the blame for resisting market liberalization.5 But the critique of protectionism cannot be reserved merely for the land of Colbert. Liberal-minded Denmark has been one of the worst violators of the EU’s ban on market-distorting offsets. Germany, Europe’s leading exporter (with some 60% of its exports sold to the EU), still nourishes a parochial view of its defense industrial base, as made patently clear by the 2012 aborted merger between EADS and BAE Systems.

To be fair, expecting a breakthrough at the first EU defense summit in five years would have been unrealistic. The latest debates about the EU’s strategic priorities and its stated ambition for more “autonomous action” are both significant and overdue, however impractical their near-term application might seem. But a focus on increased cooperation among EU members should not eclipse much-needed efforts in the area of competition.

The term “competitive” or “competitiveness” appears seven times in the Council’s 10-page conclusions. Calls for ensuring a competitive European Defense Technological and Industrial Base (EDTIB) are de rigueur in all proclamations on CSDP. Yet, competition in defense has for too long been the creed that dares not speak its name. Progress toward a truly functioning EU internal defense market is urgently needed. It cannot wait until June 2015, when the Council is expected to assess progress on its recent conclusions, or even until summer 2016, the due date for the Commission’s implementation report on the two defense directives.

Towards a “Second Defense Package”

In many ways, 2014 is a transition year for Europe. While no major national elections are expected this year, elites in Brussels will be undergoing a major facelift, with European Parliament elections scheduled in May followed by tough negotiations to form a new Commission. In addition, the race to replace Denmark’s Anders Fogh Rasmussen as secretary general of NATO (after presiding over this last NATO summit in early September) and Britain’s Catherine Ashton as the EU’s high representative for foreign affairs and security policy, will only intensify in the next six months leading to a decision before year’s end. On top of this game of musical chairs come the critical Scottish and Catalan referenda on independence next September and November, respectively. This is no light agenda for the Greek and Italian governments who assume the rotating six-month presidency of the EU Council of Ministers in 2014.

Transitions, however, also offer an opportunity to refocus certain debates. Five years after the first Defense Package was adopted by the Council, a fresh look is needed at both progress to date and required changes for the future. Similar to current discussions on the EU battlegroups and the Lisbon Treaty’s clause on “permanent structured cooperation”—both of which remain inoperative—the internal defense market deserves a more deliberate review to ensure its proper implementation and evolution over time. The following three propositions could serve as a starting point for such a discussion in 2014.

Given broad recognition among EU member states that CSDP should be a recurrent agenda topic at EU summits—Germany’s new coalition, for example, has called for holding such reviews annually—2014 offers an opportunity to put this commitment to the test. The Italian EU presidency during the second half of the year, supported by early discussions during the current Greek presidency, could propose the single defense market as an agenda topic leading to the December 2014 EU Council summit.

Give Competition a Voice

The EU’s competition policy treats at length a wide array of sectors, including energy and environment, financial services, agri-food industry, transport, telecoms, and pharmaceuticals. Following last year’s successful transposition of the defense procurement directive, it would seem timely for the Commission to dedicate a section on the defense industry in its 2014 competition report. This would send a message that defense is as much a part of the EU’s internal market as any other industry that claims €96 billion in annual turnover, more than 1.3 million direct and indirect jobs across Europe, and a multiplier of 1.6 on GDP.6  It might also spur discussion on the drafting of a much-needed EDTIB strategy, exposing weaknesses in national regulatory frameworks and the application of state aid and merger control provisions.

Given the ink is barely dry on the EU’s first Defense Package, some might warn against putting forward additional measures or amendments. Such caution, however, goes against the experience of European market integration. The EU’s single market is a palimpsest of evolving legal and policy frameworks—not more so in commoditized markets than in (once) highly protected and fragmented markets such as transport, energy and telecommunications. The liberalization of air transport, for example, took three successive “packages” between 1987 and 1993, and the EU has since continued to evolve and consolidate related legislation. While practical reasons exclude the passing of new legislation anytime soon, it is not too early to start a debate on potential amendments to Directive 2009/81/EC that take into account important proposals around innovative procurement techniques, facilitating cross-border contracting and joint procurement, as well as further improving transparency of existing processes.

The EU internal market is arguably the  greatest success of the European integration project and the principal driver behind Europe’s continued relevance in the world. All of the EU’s impressive achievements—from securing internal peace to projecting a leading role in world trade—can in some measure be traced back to the evolving application of open market principles to intra-Community affairs. Just as post-World War II political reconciliation on the continent was founded on economic integration, so an effective common policy on security and defense requires its own single market logic to stand on. A basic recognition by EU leaders in 2014 that “trading and competing” is as important as “pooling and sharing” would serve as tangible proof of their latest affirmation that “defense matters.”

Photo credit: UK Ministry of Defence. The picture depicts a digitally manipulated image of a Harrier pilot’s view as he prepares to take off from aircraft carrier HMS Ark Royal. 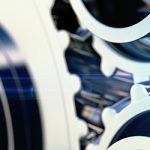 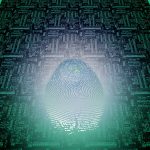