Propulsion is changing: recent Altimeter posts have covered multiple exciting new fuels and technologies. To get these into service, however, engine OEMs and airframers will face unprecedented risks as they are forced to rethink aircraft configurations.

And where will cash come from to develop such ground-breaking propulsion options? Engine OEMs make money on aftermarket parts sales, delivering powerplants at little or no margin; but this model was coming under challenge even before the recent downturn.

Development initiatives currently under way will have significant implications for the airframer-engine OEM relationship, and for the parts and MRO supply base.

As new technologies matured, airframers and propulsion OEMs would enter a stately dance involving a certain amount of game theory.

For the airframer, was it better to offer engine OEMs exclusivity, save development costs and lock in access to superior efficiency – but end up holding technical risk alongside customer airlines, with no alternatives and no price competition?

Recent major programs have shown mixed results (see graphic below). And for Chinese OEMs (or other emerging players) looking for global competitiveness, engine choices could be even tougher; despite catch-up in many aircraft systems, western engine OEMs retain a commanding lead in fuel efficiency.

As shown, the last generation of engines was technically challenging; the next generation may run on completely different fuels, creating even greater development risks and engine OEM negotiation challenges.

Furthermore, governments’ (particularly in Europe) sustainability-minded bailout packages are accelerating disruptive concepts like hydrogen and liquid natural gas that may fall beyond the OEMs previous strategic plans, adding an additional level of complexity to future technology roadmaps. How will next generation engines shape up?

There appear to be some preliminary answers. Scale effects restrict novel alternatives to smaller aircraft, while above ~80 seats, gas turbines will rule for a while yet.

Although synthetic jet fuels and biofuels are maturing and approaching “drop in” status, GE expects them only to be a short/mid-term solution. [2]

And there are still efficiency step changes to be gained from kerosene propulsion, with Rolls-Royce pursuing geared architectures up into long-haul applications, and Safran demonstrating promising improvements in open-rotor technology.[3]

The novel fuel types are likely to extend up into larger aircraft in due course. At any scale, the new generation of engines will present the airframer with bewildering challenges.

The current airliner architecture – pressurised tube, fuel-filled wing with two underslung nacelles – has been optimised over decades for turbofan engines and permits alternative engine options that can usually be competed to de-risk programs.

Cryogenic hydrogen storage, for example, drives totally different requirements from open-rotor or hybrid-electric propulsion. Witness the three distinctive shapes shown in Airbus’s ZEROe presentation: this is not a confident show of multi-market intent but rather a need to hedge options.

And yet to secure worthwhile efficiency wins requires tight integration of propulsion with airframe configuration and systems design.

Alongside the requirement for unprecedented development expenditures on airframe and engine, will this force new, tighter airframer/propulsion relationships? For the next generation of airliners, some large and exceedingly brave bets on airframe configuration and propulsion technology will be required.

Finally, where will development money come from? Even before 2020, the business model was eroding: narrowbody retirement ages fell by over six years, or about one shop-visit interval[4] in the period 2008-2019. If an engine does not come in for late-life shop visits, high-margin parts don’t sell.

Airlines got smarter about green time and used material after the 2008 crisis, and those skills will damage engine parts revenue for the rest of this decade[5].

The Power-by-the-Hour contracts that OEMs won for the latest engine generations suddenly look unattractive to airlines who need cash now, not multi-year certainty. Worse yet, it is not clear that the new technology architectures will generate comparable through-life parts demand; electric motors certainly will not.

Next-generation propulsion options offer significant promise, but future planning must go beyond just a critical assessment of the R&D requirements. Future technologies will recast traditional negotiating and risk-reduction measures, while also degrading the aftermarket-central tenet of the propulsion business case.

While airframe and engine OEMs begin to consider these implications, so too must smaller suppliers start to consider their future roles. How will contracts – and the risk/reward model in general – evolve to continue incentivizing future investment across the supply chain?

[4] Over the same period widebody ages fell by >3 years 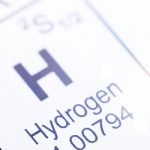 The Challenge of Aerostructures: Lessons from TriumphAltimeter