By Joe Walsh and Ian Ferguson
Posted May 26, 2020
In Perspectives
COVID-19 Aerospace Impact: Characterizing the Impact on the UK’s Industry & Workforce2020-05-262020-05-26https://www.avascent.com/wp-content/uploads/2018/08/avascent_logo_140x83.pngAvascenthttps://www.avascent.com/wp-content/uploads/2020/05/avascent_newsinsights_companynews_covid-19_aerospace_impact_bannerimage.jpg200px200px

As an aerospace technology leader, the UK has a valuable share of the development, manufacture, support and operations of all forms of aviation.

With 120,000 in direct employment, 90% outside London and the South East, wages 45% higher than the UK average, and 95% of the £35.9B revenue going to exports, the industry is not only a public good but arguably a jewel in the UK’s industrial base.

The UK’s contribution to the sustained 1.5% annual fuel efficiency improvement of global air transport comes not only through provision of leading airliner propulsion and wing design, but also through an ecosystem of major and minor system & subsystem suppliers and their R&D efforts. This is under unprecedented threat from the effects of COVID-19 on global air transport.

At the same time as far exceeding prior downturns in scale, the pandemic appears likely to deliver deteriorating economic conditions alongside significant changes in passenger behaviour.

This at a time when smaller suppliers are over-extended in borrowing to invest in production ramp-up and are already suffering from exposure to 737MAX. 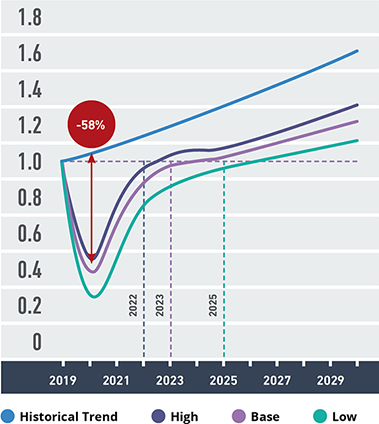 Airline Impact from the COVID-19 Crisis

Over 60% of the global airliner fleet is grounded: the UK’s largest domestic operator, FlyBe, is unlikely to be the only local casualty. Avascent’s expected “Base Case” scenario for commercial traffic indicates that 2020 travel demand will decline nearly 60% compared to pre-COVID forecasted activity.

Even with rapid vaccine deployment, air traffic is not expected to return to 2019 levels until the end of 2023.

Demand for both new-build aircraft and aftermarket parts and services has fallen away as airline failures retire unprecedented numbers of aircraft, flooding the market with Used Serviceable Material, depressing values and reducing or deferring the demand for maintenance services.

For the UK, with high exposure to civil aerospace across the whole supply chain, revenue impact could exceed £17B. 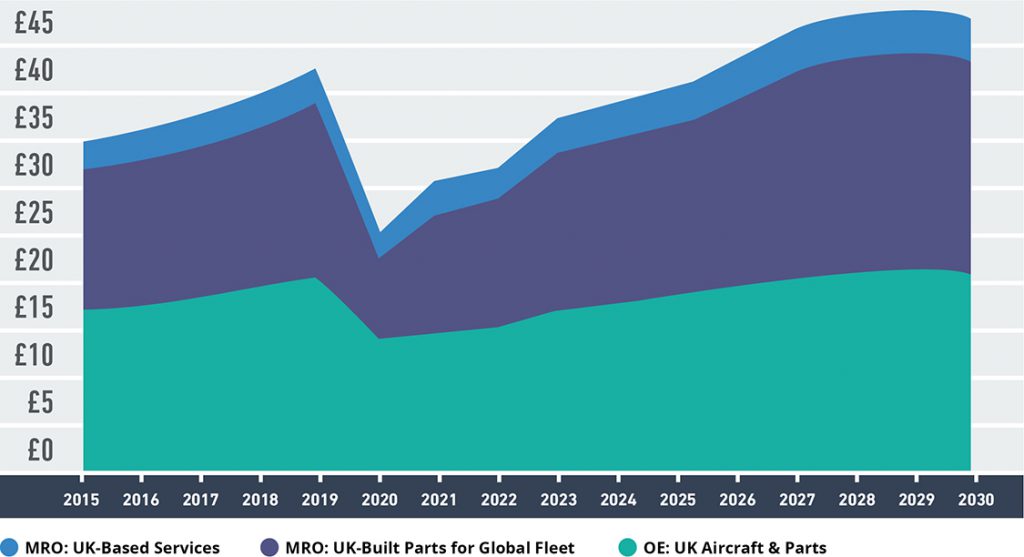 Particularly high attrition is likely among the UK’s airline MRO activity and the nearly 4,000 apprentices in aerospace. 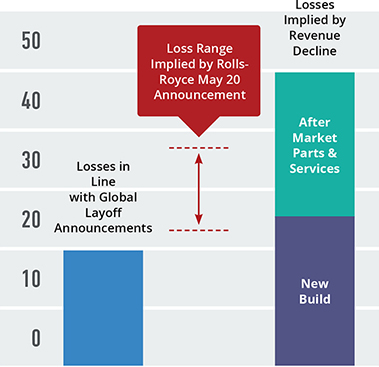 The industry is not comprised solely of household names like GKN, Airbus, and Rolls-Royce. Moog, Meggitt, and GE Aviation exemplify technology-leading regional employers: these and the majors rely on the UK’s competitive advantage in efficiency and productivity initiatives and transitioning innovation from University Departments into series production.

However, the SMEs and technologists that deliver this depend on liquidity through the supply chain ecosystem. The squeeze that will do the damage, without making headlines, will be amongst the smaller players: manufacturers such as

With industry average earnings of £43,000, every aerospace job loss hits not only a household but a community of indirect beneficiaries. This is as crucial a threat as any to the government’s ‘Northern Powerhouse’ strategy.

A return to previous levels of revenue and employment are not expected before 2026, with aftermarket leading recovery.

While defence and the Tempest project have some mitigating effects, systems and parts production for new aircraft will not recover to 2019 levels within the decade.

Further, as Brexit’s practical effects begin to impede collaborative projects, European partners in civil aerospace projects are unlikely to prefer the UK as an origin for future workshare: they face very similar challenges.

Action and Policy: Prescriptions to Limit the Damage from the COVID-19 Crisis

As of writing, the UK was one of the few major aerospace hubs without a significant aerospace state aid package announced or in the works.

As Paul Everitt, CEO of ADS stated2, France, Germany, and the US are “effectively looking to buy future market share by ensuring that their major companies and the supply chains that support them have the access to finance and the business that they need.”

The US is using the CARES act as short-term synthetic demand to support airline infrastructure crucial to domestic travel and bringing forward progress payments to defence contractors to provide near-term cashflow.

Having already supported its airlines, France is leading the EU’s intended €500B stimulus fund which includes aerospace alongside car construction and tourism, focusing on loans to stimulate innovation.

The German government is providing direct support to aerospace firms, including a deal in the works to provide €9bn of support in exchange for a major shareholding in Lufthansa.

For the UK Government, there is still scope for action, but time is running short. Direct fiscal stimulus via R&D programmes and defence and space expenditure is much needed and will not only retain the crucial innovative core of the UK’s competitive advantage, but signal and spur additional private investment.

In addition, more extensive financial backing and investment – on par with the packages provided by other countries – is almost certainly required. Noting that the low point of aircraft build rates is likely already on hand, and that a gradual return to growth is likely after only 24-30 months, a long-term financial drain is not required.

From a long-held position at the core of the technology industry/public policy nexus, Avascent wholeheartedly supports such brief, focused investments.

Investors can maintain confidence. The social and economic benefits that have generated doubled growth in global air travel every fifteen years are fundamental. To deliver this with sustainability and efficiency growth relies on a continuous feed of technological innovation, at which the UK excels.

Meanwhile, solid market understanding and effective due diligence remain crucial to access and deliver strong mid-term returns.
For the management of major Prime Contractors, now is the time for choices.

The last decade has seen focus on operations: investment in production ramp-up and cost-down. The new propulsion and aircraft programmes that will deliver the next step-change in sustainable travel remain some years out, but only those who retain focus on developing and securing the crucial new enabling technologies will be placed to compete and win.

These investments require scale: consolidation will continue, and assets are now cheap. At the same time as right-sizing their own operations, it is hoped that the major Primes can assist industry-wide initiatives to limit damage to their key suppliers and manage an orderly resizing. Some survivors will be excellently placed to consolidate and catch the next wave. 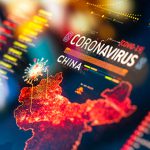 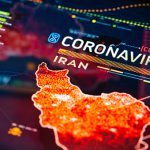 The Impact of COVID-19 on Middle East Defense SpendingPerspectives