As Middle East and North African security challenges metastasize, there is a growing desire for sovereign defense capabilities across the region.

Near- and medium-term market opportunities exist for U.S. firms, as over $100 billion of funding has yet to be awarded through 2019.

It has been almost three years since U.S. forces last departed Iraq and the drawdown from Afghanistan is well underway. But the region does not operate on U.S. timetables—political turmoil and violent insurgency are reshaping Middle Eastern and North African governments and societies with lasting effects, nowhere more so than in countries like Libya and Iraq. U.S. engagement in the former is all but invisible, in the latter it is more robust but remains fleeting at this time. Together, these dynamics are leading U.S. allies in the region to reevaluate the nature of their relationship with Washington.

U.S. firms continue to place confidence in the role that the (MENA) market will have in their near- and medium-term future…over $100 billion of funding is yet to be awarded through 2019.

One aspect of the U.S. strategic relationship that will remain constant is the region’s association with, and importance to, the U.S. defense industry. Many of these industry ties span decades and feature a formidable local footprint. U.S. firms continue to place confidence in the role that the market will have in their near- and medium term future. It is easy to see why even in the face of geopolitical uncertainty: over $100 billion of funding is yet to be awarded through 2019, according to Avascent estimates, with significant market opportunities that span everything from advanced tactical aircraft to training services.

Yet the region’s numerous political, economic and social challenges are varied and profound, including leadership upheaval and sectarian conflict. From Syria’s civil war, to the Arab Spring and accelerating turmoil in Iraq, to erupting tensions among the Gulf Cooperation Council members, the list is long. Industry faces challenges, too, such as opaque markets, complex local partnering dynamics, increasingly capable competitors and overall political uncertainty. Moreover, national security requirements shift from country to country and morph over time.

The region’s biggest spenders are among its most economically powerful. Avascent estimates that Saudi Arabia, the United Arab Emirates, Qatar, Iraq, and Algeria among others, will commit $265 billion toward defense investments, largely procurement of equipment and systems, through 2019. Of that figure, perhaps a third has yet to be allocated to a specific program or supplier. Needless to say, longer term Iraqi acquisitions are in question, though the near-term impact on defense investment has been an acceleration of spending as well as some re-programming, largely in favor of expediency of delivery.

The two largest markets are Saudi Arabia and the UAE, together spending well over $60 billion annually on defense. Major platforms acquisitions are very much priorities, including prominent programs such as Saudi Arabia’s recapitalization of its combat aircraft fleet, air and missile defense, and growth in maritime capabilities.

It is worth looking in detail at projected spending to understand some of the most important market opportunities. Take the $50 billion in regional spending projected for 2019. Approximately $22 billion is essentially already awarded, though there may still be opportunities for partnerships or to displace incumbents.

About $9 billion is for stated requirements that are fairly well-defined opportunities. Another $15 billion may be for programs whose major requirements are still emerging. An estimated $4 billion tops off this pyramid: funding that will likely be available for the most agile and best-informed defense providers. Beyond the hardware sector, the MENA region will outsource considerable services including: training and logistics support, platform MRO, and IT and cyber services. While the degree of outsourcing will vary widely, this adds billions of dollars annually to the market and inserts a number of local providers to the mix.

Despite diverse requirements, there are some general characteristics that are helpful to understanding the current and future market potential. Interest is greatest in combat aircraft, air and missile defense, maritime assets, ground vehicles and unmanned systems. C4ISR is another segment of interest. The support and logistics tail is worth billions of dollars, and is expected to grow, as expensive and complex systems are deployed. When the region’s defense priorities are viewed by mission, a useful alternative framework, the air and land segments stand out. Of the forecasted $303 billion in aggregated defense investment for 2013 to 2019, air warfare, land combat and air- and missile-defense missions will account for about half of the total.

Beyond the hardware sector, the MENA region will outsource considerable services including: training and logistics support, platform MRO, and IT and cyber.

The spectrum of threats faced by MENA governments is as complex and dynamic as anywhere in the world. Regional political turmoil can quickly upend the security environment or bilateral relationships, while a government’s priorities can shift from external defense to internal security overnight.

This combination of inward and outward threats is expected to be an enduring factor in the Middle East defense and security markets. Some risks, such as cyber, have the potential to impact both of these areas. Cyber attacks have already been employed in the region against military and critical civilian infrastructure, including the targeting of Saudi Arabia’s national oil company and Iran’s nuclear complex.

Ultimately, the perception that the U.S. is reluctant to engage in the region after years of military and post-conflict operations will be a major driver of Middle East procurement priorities. While the U.S. is belatedly expanding its military and civilian efforts to stabilize Iraq and protect minority groups in the country from well organized Sunni militants, further American involvement, including air strikes, is likely to be restricted and military assistance to the Iraqi government will be even more closely scrutinized.

In addition, indirect engagement with countries in the region via military assistance and support is also proving difficult for the U.S., as Egypt has shown. Export controls, despite recent relaxation, remain a clear obstacle to the U.S. and to a lesser extent, European firms.

There are other market factors that have nothing to do with political change but nonetheless represent pressing security needs. One such event is the World Cup in 2022, to be hosted by Qatar. Another is the upcoming 2020 World Expo in Dubai, UAE.

As a result of regional tumult, timed with the perceived vacuum caused by lagging U.S. interest in the region, there is a growing desire for sovereign defense capabilities across MENA. This is a powerful impulse in the market’s evolution, one that is expected to endure in the coming years.

Currently, the market is dominated by the large American and European defense firms whose business models depend on growing their foreign sales during a time of declining domestic market spending.

They have to also be mindful of the increasing capabilities of local firms that seek a growing role in the development and delivery of defense systems in their domestic markets and beyond. Naval shipbuilding in the UAE is a clear example of rising intent and capability driven by offsets and local work share, creating what could be viable regional maritime competitors in the medium term. Countries such as the UAE also have a vision to become maintenance hubs and, increasingly, arms exporters.

These ambitions can be seen in the growing role of offsets in securing defense deals. Offsets andjoint ventures are now essential, and come with more directive policies and tighter regulations in countries such as Saudi Arabia and UAE.

So far, Chinese and Russian firms have been less of a factor in the Gulf region, though they are making their presence known and are unburdened by export control considerations. They are already a formidable competitive force in North Africa, where they have a legacy of sales in Egypt and Algeria. China’s interest in selling air-defense systems to nearby Turkey, as well as their foothold in Pakistan, is also a sign that other bold market moves are on the horizon. Beijing is present in Saudi Arabia as well, with sales in last decades, as well as more recent unconfirmed missile deals, namely for the sophisticated singlewarhead, DF-21 medium-range ballistic missile.

Firms engaging in these markets also need to consider that defense programs may develop and evolve differently than elsewhere. Contract tender and bidding processes can be prolonged, and requirements are developed and evolve over the course of the competitive process rather than before. Lean local contracting and procurement organizations have less time and human capital to support them. In the end these challenges are not unknown in mature Western markets; they do, however, require firms to commit resources, patience, and resolve to their business development processes in MENA.

Given the rise of regional competitors and possible new entrants, the onus is on industry to present its customers with solutions. Waiting for a thorough request-for-proposal may not work. Instead, it is important to first understand and then define the addressable missions with a company’s best solutions.

For the defense industry, an understanding of regional and country dynamics is critical. This insight and knowledge allows a firm to shape customer expectations and industry capabilities while avoiding political or regulatory pitfalls. This necessary knowledge also covers commercially vital aspects of securing any deal, such as offsets.

Industry’s critical steps when evaluating the MENA market are: 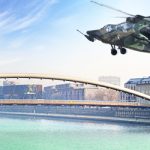 Poland’s Balancing Act: A Briefing for the Defense SectorPerspectives 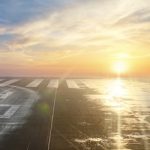 Unmanned Aerial Systems at a CrossroadsPerspectives