A distinct set of industry leaders is emerging from the competitive fray: seven OEMs have captured over 90% of the nearly $6B in publicly announced AAM market funding to date, with 70% of this capital coming in 2021 via Special Purpose Acquisition Corporations (SPAC). 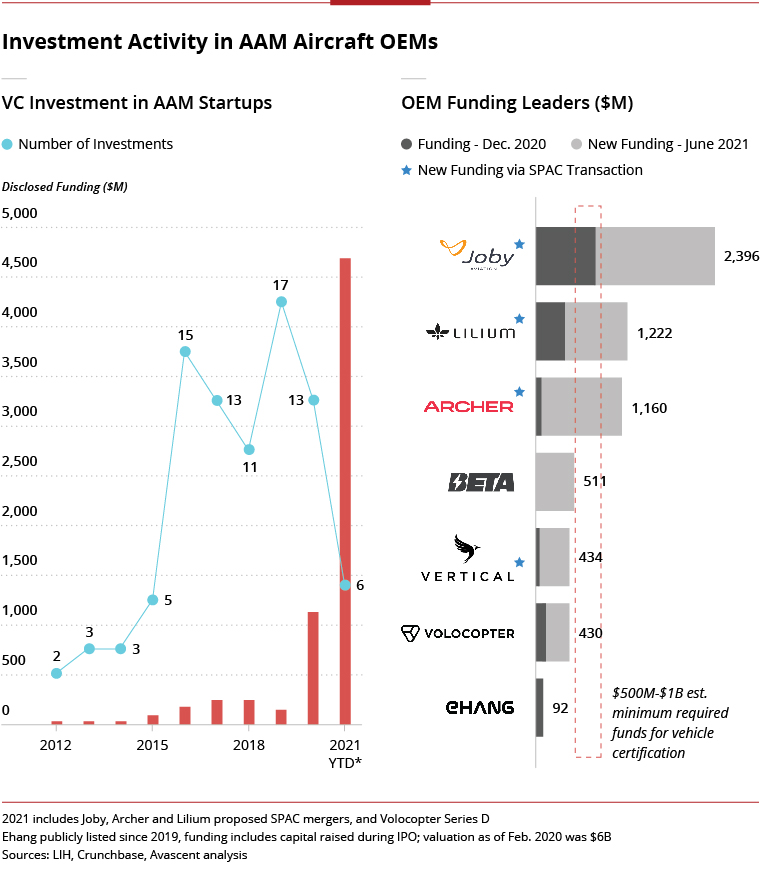 While this SPAC movement is noteworthy in and of itself, the associated regulatory filings for Archer, Joby Aviation, Lilium, and Vertical Aerospace provide newfound visibility into how these first movers expect to establish and develop the AAM market – especially as they all intend to both manufacture and play a notable role in operating these revolutionary new aircraft at an unprecedented scale.[1]

Similar philosophies underpin the companies’ projections, and all of them even expect to turn profitable in 2025. Yet those paths to profitability are built on different strategic and tactical approaches, which supporting partners must begin to assess as they develop their own business cases.

Archer, Joby, Lilium, and Vertical’s paths to 2025 profitability in the AAM market are built on high-volume production plans that can quickly scale and drive down unit costs.

Similar building blocks are in place, including automotive partners and leadership teams with strong aerospace pedigrees, which will undoubtedly help the OEMs as they aim to ramp annual build rates to 250+ aircraft by 2025. This would exceed the annual output of any current or former passenger aircraft used for commercial operations, save for the well-established Boeing 737 and Airbus A320 airliner programs[2].

With ambitions to produce over 2,000 aircraft annually by the end of the decade, an exploration of key underlying considerations is warranted: 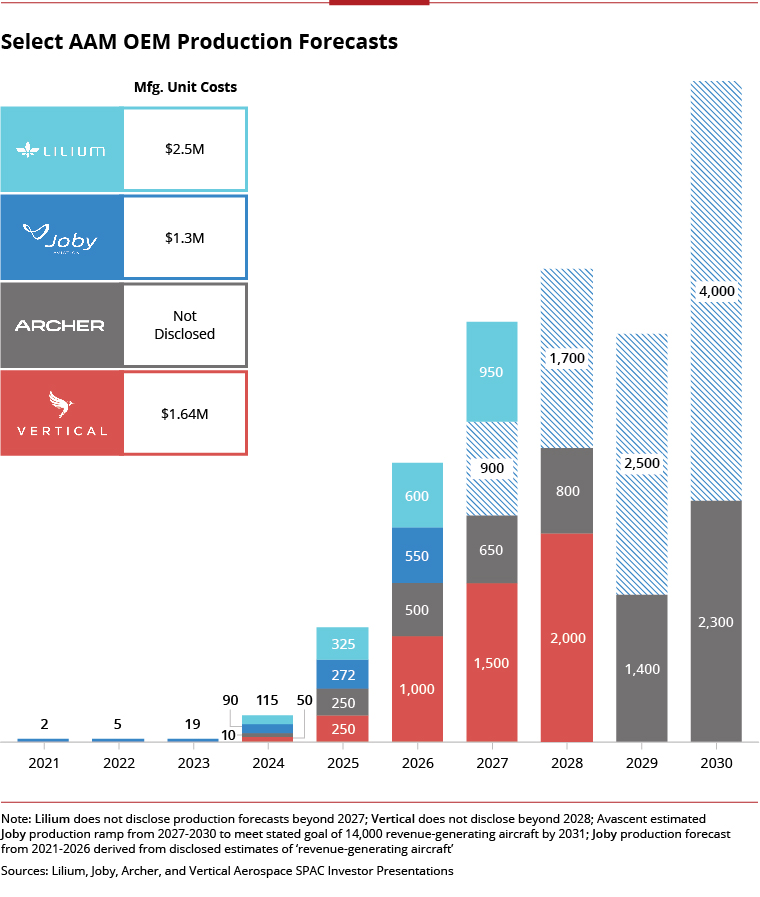 The initial business plans are aligned in many respects, but show notable differences across various operational philosophies, resulting in divergent (albeit still notional) unit profitability outlooks.[4] 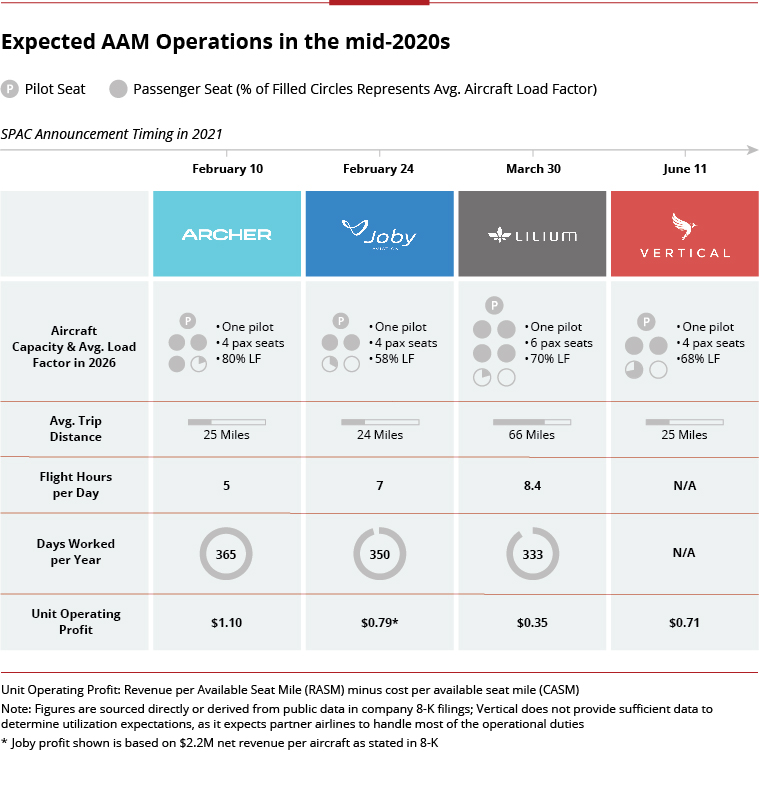 Joby and Archer appear destined to become direct competitors, as both seek to establish early route networks with average trip lengths of approximately 25 miles in urban areas like

With a lower daily utilization, Archer is perhaps implicitly acknowledging that the operational learning curve will be steep as many issues are addressed, including but not limited to:

Lilium appears similarly aligned, claiming it will include 20-minute boarding and charging times at each destination.

With the benefit of SPAC filings, the industry now has an opportunity to see the rough outlines of an AAM ecosystem taking shape and can begin to unite around common end goals.

At the same time, the unique differences across business plans still reinforce that solving the many technical, regulatory, and cultural challenges of the AAM market will be an ongoing learning process for years to come.

[1] Lilium and Vertical intend to own and operate the backend digital operations platform, but outsource actual airline operations to 3rd parties.

[3] Avascent analysis of aircraft and automotive development costs; aligns with Joby’s June 2021 estimate of ~$250M in capex for the first phase production facilities.

[4] Each OEM provides topline operating cost estimates per aircraft, but no underlying detailed justifications; Avascent analysis therefore incorporates these data points but does not evaluate the merit of these figures.

[6] Reflects Lilium’s summary business plan data points, which diverges from other case studies it provides in its 8-K.

Boeing Needs a New Aircraft, But Its Wallet Is ThinAltimeter