Matt Caris provides US and international aerospace & defense firms with a variety of consulting and advisory services, including core strategic issues, business capture and pricing, and procurement advice and defense industrial policy for government clients.

Focusing primarily on defense platforms and systems, Mr. Caris is particularly experienced at assisting businesses with the challenges posed by changing budget, mission, technological, and competitive dynamics.  He also assists the M&A and transaction support practice by providing market and technical expertise to institutional investors in the defense space across the M&A lifecycle.

Matt has directed client engagements addressing issues ranging from competitive differentiators in future “flagship” defense programs, non-traditional competitors and technologies in the defense industry, to digitization and “future factory” initiatives and next-generation technology areas such as hypersonics, directed energy, and autonomous systems. Matt’s particular market expertise includes maritime systems and naval shipbuilding – for which he serves as an Avascent practice lead – missiles and munitions, and international procurement and export issues.

Prior to joining Avascent, Matt worked at the New America Foundation on counterinsurgency, counterterrorism, and other defense strategy and security issues. His writings have appeared in Naval Forces, The Small Wars Journal and other print and online publications, and he has been widely quoted on naval and defense topics. He is a member of both the U.S. Naval Institute (USNI) and the Navy League of the United States.

He holds a M.A. in security studies from the Walsh School of Foreign Service at Georgetown University, and dual B.A. degrees in government and economics from Cornell University.

FY 2023 President’s Budget Request is a Study in Continuity

How Will the National Defense Strategy 2022 Affect the Defense Enterprise?

A Burning Platform for Building Bridges: Expanding the National Security Innovation Base 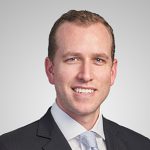 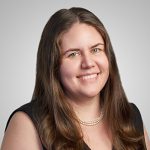