He previously served as Deputy Assistant Secretary of State in the Bureau of Political-Military Affairs where he was responsible for a budget of more than $5 billion related to global political-military programs, strategic political-military planning, and cross-cutting political-military policy issues. Previously, he served as the Chief of Staff in the Office of the Counselor, Department of State, managing a foreign policy portfolio that included the broader Middle East, Iran, Afghanistan, Iraq, counter-terrorism, East Asia, maritime piracy and foreign assistance. While on active military duty he served as Military Assistant to the Deputy Secretary of Defense, and in the J-8/ Joint Chiefs of Staff office working on missile defense issues.

Mr. Ganyard has published articles and OpEds in The New York Times and other publications and professional journals. He is a member of the Bretton Woods Committee, serves as a consultant to the Institute for Defense Analyses, and as an Emmy-nominated, on-air contributor for ABC News for military and aviation issues.

He is a graduate of Northwestern University and Johns Hopkins University’s School of Advanced International Studies (SAIS).

A First Look at the Next-Gen Regional Aircraft Industry Landscape 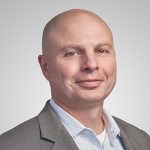 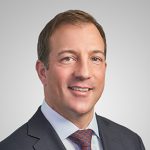